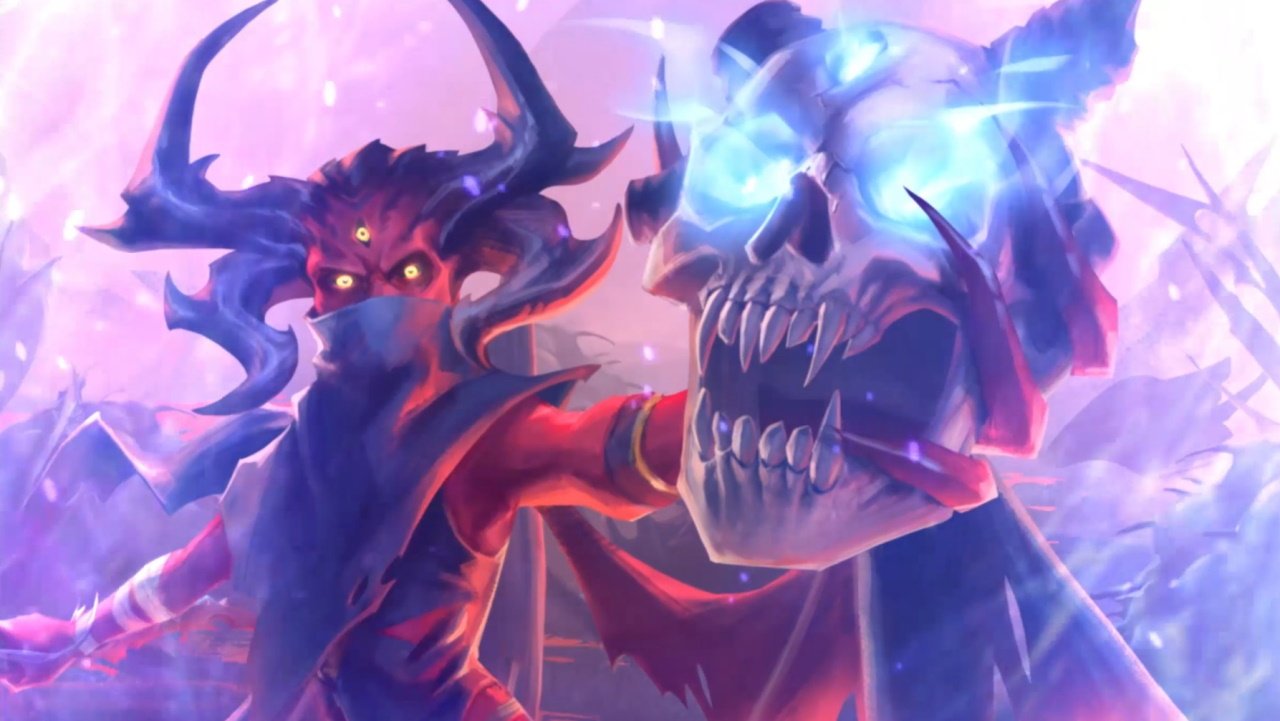 Meatloaf got it wrong. If any hellborn bat took a wayward turn into our mortal realm, it would surely head back to the depths the second it heard those infernal guitars strum. If Metal: Hellsinger is anything to go by, the devil’s dances are just too good to miss.

To say that Metal: Hellsinger learned a few lessons from Doom is an understatement. This is a game that signed up for the full Doomslayer degree. Winged protagonist Unknown has studied diligently, taking note of every gauss cannon shot and chainsaw slice before sprinkling her own style into the mix.

If you’ve tussled with Hell’s agents in 2016’s Doom or sequel Doom Eternal, Metal: Hellsinger will feel immediately familiar. It’s not just the satisfyingly punchy shotgun – Hellsinger features nu-Doom staples like execution kills that spawn a shower of healing as a reward.

There’s a lot to be said for well-implemented copycats, but Metal: Hellsinger is far from content to rest on another’s horned laurels. At its guitar-and-demon-shredding peak, this rhythm FPS doesn’t just measure up to its inspiration, it actively surpasses it. Ripping and tearing to a tune was a core part of Doom, but never quite seared into the gameplay like this.

Hell, it turns out, has a beat. Every level in Metal: Hellsinger is accompanied by churning guitar and thundering drums. The tempo is with you from the start, pulsing into your crosshairs from either side. Time your shots to it and you’ll deal extra damage, earn score, and build up your Fury meter for greater rewards.

Each perfect shot comes with a satisfying whumph of bass, and even finisher animations are shifted to match the current level’s musical pace. When everything clicks and you lose yourself in a whirlwind of gunshots, gore, and heavy metal, Hellsinger feels nothing short of heavenly.

Fittingly, each track also features vocals from metal legends like Trivium’s Matt Heafy, Arch Enemy’s Alissa White-Gluz, and System of a Down’s Serj Tankian. Though to hear them, you’re going to need to play well. Instead of Guitar Hero’s discordant twangs for misses, Metal: Hellsinger amps up the music as you play well. Rise to the maximum Fury multiplier and the lead vocals will kick in, garnishing the on-screen bloodshed with song.

Crucially, though, Fury isn’t tied to your accuracy. So long as you stick to the beat, Metal: Hellsinger allows plenty of leeway for whiffed shots and sword swings. Rhythm comes first, accuracy second. That’s not to say it isn’t a difficult game – the latter levels and boss fights demand you balance rhythm with rapid movement and weapon swaps – but Metal: Hellsinger knows that hitting a flow in combat is far more important than a missed headshot or two.

The clearest indicator to this approach comes in the weapons. Barring reloads, ammo is infinite. Choose two guns on entry and you’re free to unload them throughout the entire level. Unlock certain buffs via the Sigils mechanic, and you might not even have to reload.

The Hellsinger’s arsenal is an impressive symphonic suite, too. There are only six demon-slaying instruments available, but each has its use. Your sword, Terminus, and the flaming skull Paz will always be by your side, but you’ll be able to unlock and equip two more choices from a shotgun, a pair of handguns, a crossbow, and the boomerang-esque Hellcrows.

It doesn’t take long to establish which weapons are for you – in our case, the precise fire of the twin-pistol Hounds proved the perfect complement to the Vulcan crossbow’s area-of-effect explosions. And thanks to Torment-style challenges that limit your loadout and sometimes even shake it up mid-match, there’s plenty of opportunity to experiment with them all.

The closest Hellsinger errs toward frustration is in enemy types and attacks. It’s not always obvious which parts of a monster’s lunge or leap will damage you, and a wayward hit can mean the end of a high-score-chasing run. Shielded elites are a pain for certain weapons to deal with, while the teleporting, lightning-spewing foes introduced later are nightmarish even for hell’s denizens.

Minor qualms aside though, Metal: Hellsinger is a game that oozes cool. From the drawl of the game’s narrator to the horns Unknown throws when you choose to quit from the main menu, everything in Metal: Hellsinger is made to make you feel like a badass from the get go. It’s enough to make a cacodemon cry with envy.

For metalheads and Doom fans, Hellsinger feels like a must, but even those who’d usually opt for softer sounds might find themselves hooked by this fiendishly fun first-person shooter.