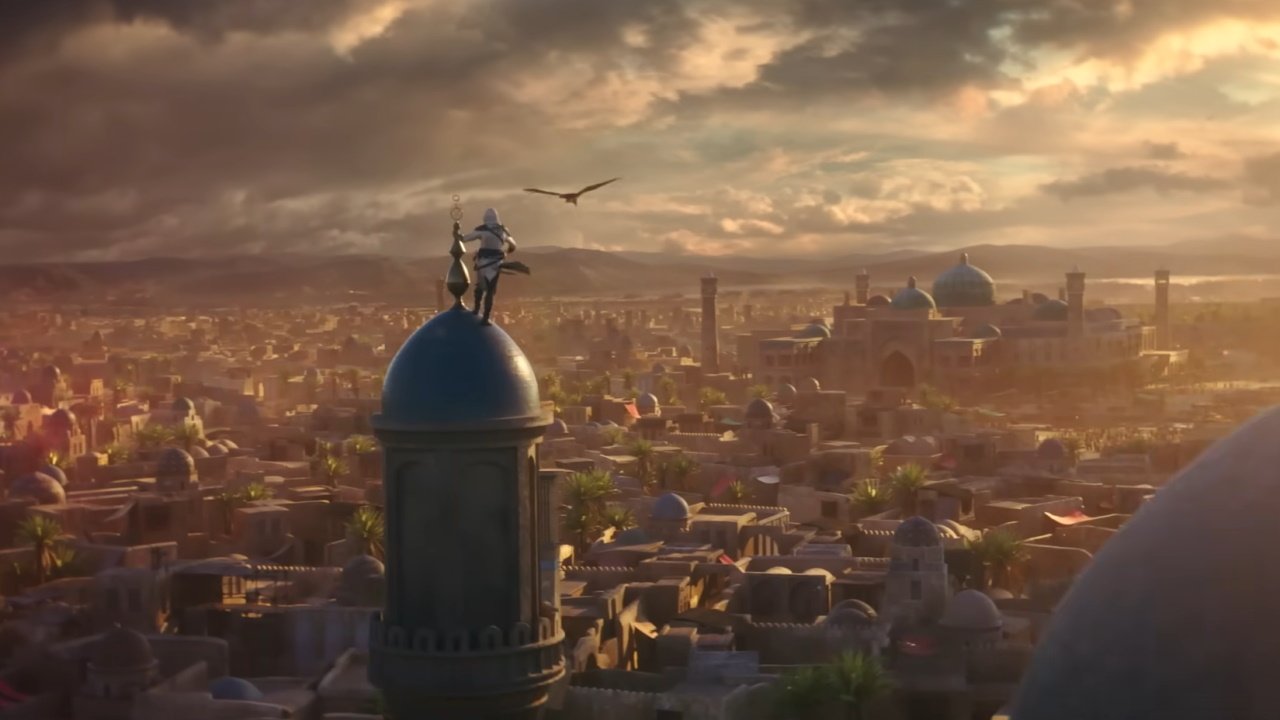 Assassin's Creed Mirage: The setting, release date, and everything we know so far

This is no illusion. Assassin’s Creed Mirage is coming, and it sounds like the historical fantasy series is looking to the past in more ways than one. With the official announcement from developer Ubisoft out in the wilds, it’s time to hook up the Animus and delve deeper into everything we know so far about Assassin’s Creed Mirage — from both official announcements and leaks/rumors.

What is Assassin's Creed Mirage?

More than the name would suggest, Assassin’s Creed Mirage is very much real, and the next main installment in the empire- and era-hopping Assassins vs Templars series. Following a lengthy period of unconfirmed leaks, the game was officially announced by Ubisoft on September 1st with a message on the Assassin’s Creed Twitter account.

We've since had a cinematic trailer giving us further insight into the setting, and it all focusses around a character that Valhalla players will likely recognize: Basim Ibn Ish'aq. The reveal trailer shows Basim as a petty thief, struggling to make ends meet on the streets. After being identified by an assassin he's trained to join the ranks of the Hidden Ones. There's even a tease as to more supernatural events taking place toward the end.

When and where is Assassin’s Creed Mirage set?

Assassin's Creed Mirage is set in 9th Century Baghdad, with the story beginning in 861. The city was one of the largest in the world at the time, drawing travelers from across the world to trade and study. The center of the caliphate was a hub of learning and education, and the city was also famous for being entirely spherical in design.

In the Ubisoft Forward broadcast during which the game's first cinematic was unveiled, Ubisoft narrative director Sarah Beaulieu noted that the game begins in Baghdad but didn't rule out the potential of the game heading to other cities or areas later in the story. Baghdad is described as a "beautiful, magnificant, vibrant city" that is packed with buildings and people.

As mentioned earlier, Assassin's Creed Mirage's story follows master assassin Basim in his younger life. With the story set 20 years prior to the events of Valhalla and his trip to England, Basim will develop himself from a street thief to skilled assassin over the course of the game. After Basim's fledgeling parkour and purloining skills are noted by an assassin called Roshan — voiced by award-winning actress Shohreh Aghdashloo, no less! — he's take under her wing as a student.

Speaking about her upcoming role, Aghdashloo described Roshan as "a true warrior who fights for justice and protects her fellow Hidden Ones at all costs." She also stated: "The fact that she is a mature woman from Persian origins made her resonate even more with my own story and background." Much as in other Assassin's Creed games, we can expect plenty of historical figures and political leaders to show up throughout the game's story. Some may be targets, others friends. Ubisoft wouldn't quite let slip who just yet though.

Assassin's Creed Mirage will release in 2023. Ubisoft has yet to confirm an exact date let alone a seasonal window. However, Bloomberg reported earlier this year that the game was delayed from an original 2022 date and is due to arrive in Spring 2023. It's not yet clear if that window will still be met.

What we do know is that anyone who preorders the game will get access to the 40 Thieves side quest based around the One Thousand and One Nights Middle Eastern folk talkes. An Assassin's Creed Mirage Collector's Edition will also be available which includes a figure of Basim, a soundtrack CD, a Baghdad map scroll, Basim's Brooch, and Prince-of-Persia-inspired DLC outfits.

Assassin’s Creed Infinity was in the very early stages of development at the time of its first announcement, and much remains unknown about how Ubisoft will approach its release, update, and pricing model. There are plenty of positives but also dangers to the online evolving system.

During the recent Ubisoft Forward event, itwo new games were confirmed as arriving under the Assassin's Creed Infinity banner. The first, codenamed Red, is set in fedual Japan with players taking up the role of a shinobi. Ubisoft brand executive producer Marc-Alexis Côté described it as the "next premium flagship title and the future of our open-world RPG games on Assassin's Creed." It's being developed by Ubisoft Quebec (AC: Odyssey).

The second game, codenamed Hexe, looks to be centered around witchcraft. The name implies that it could take place in Germany. If so, that indicates a setting around the 17th-century witch trials which took place in the country. Côté described it as another flagship title, but noted that it will be "a very different type of Assassin's Creed game."

We'll update you with more details on the Assassin's Creed Mirage story, setting, and release date as they arrive. Catch the whole Ubisoft Forward broadcast for more details here.