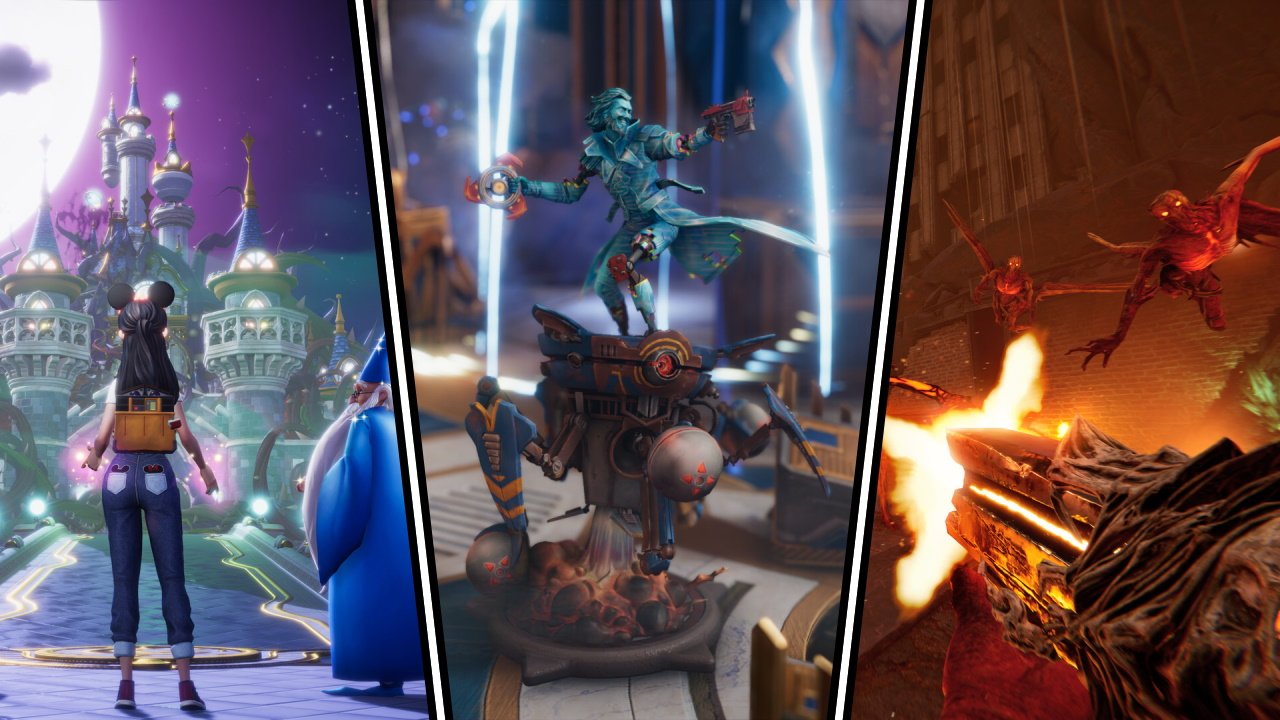 Forget the holiday rush. We’re still a month or two away from the year-end battle, but the September video games line-up shouldn’t be underestimated. We’ve rounded up eight video games releasing in September that might be exactly what you need to fill those early autumnal evenings.

The Last of Us Part 1

An expensive PS5 remake of Naughty Dog’s third-person stealth-shooter and one of gaming’s best-regarded stories. Survivor and smuggler Joel must help escort a young girl called Ellie out of a quarantine zone and across a post-apocalyptic land ravaged by fungal zombies. The remake keeps the core game the same but improves visuals, animation, and more to beyond even its recent sequel, The Last of Us Part 2.

A top-down Pokémon contender built around 2v2 battles. Temtem has been in early access on PC for some time, but this month sees the game fully launch on Switch, PS5, and Xbox Series X/S as well. Explore the world, collect unusual creatures, and battle in turn-based fights. Temtem comes with a lot more online functionality than Pokémon, so you can expect to see plenty of other players while wading through the long grass.

Animal Crossing meets Stardew Valley in the Disney universe. Expand and design your own village in this life-sim game as you're joined by Disney and Pixar characters who live in harmony together. Those who pre-purchase a Founder's Pack of have an active Xbox Game Pass subscription can dive into the early access version this month before the full free-to-play release in 2023.

A soulslike in which you play a living puppet in a world where the French-Revolution was mercilessly quashed by a mechanical army. Battle through Louis XVI’s puppet warriors in Paris by utilizing acrobatic moves and a variety of tools/bodily extensions.

The return of the squid-kid hybrids and their multiplayer third-person shooting. The main game sees teams competing to coat the level in their side’s paint color, with several new weapons and movement mechanics introduced. Alongside the usual online bouts come an expanded single player, the co-operative Salmon Run, and a new block-placing duel minigame.

Heavy metal meets heavy gunfire. A rhythm-based first-person shooter in which you slay demons to a beat. Keep your shots in time with the tempo to rack up high scores in acrobatic combat reminiscent of Doom. The soundtrack is filled with metal stars including members of System of a Down, Trivium, and more.

The revival of Guybrush Threepwood’s classic point-and-click adventure series. Expect puzzles and jokes aplenty, along with the return of many classic characters in this swashbuckling adventure by series creator Ron Gilbert.

A digital miniatures game in which light hearted sci-fi factions throw down in tactical arena battles. Pick from unique units to comprise your army, then paint each one individually using the available brush tools. The lore is being written by fantasy author Bryan Sanderson, so expect the world playing host to the game to be pretty interesting too.

Know of any other September video games our eyes should be fixed on? Share them with us in the comments below!