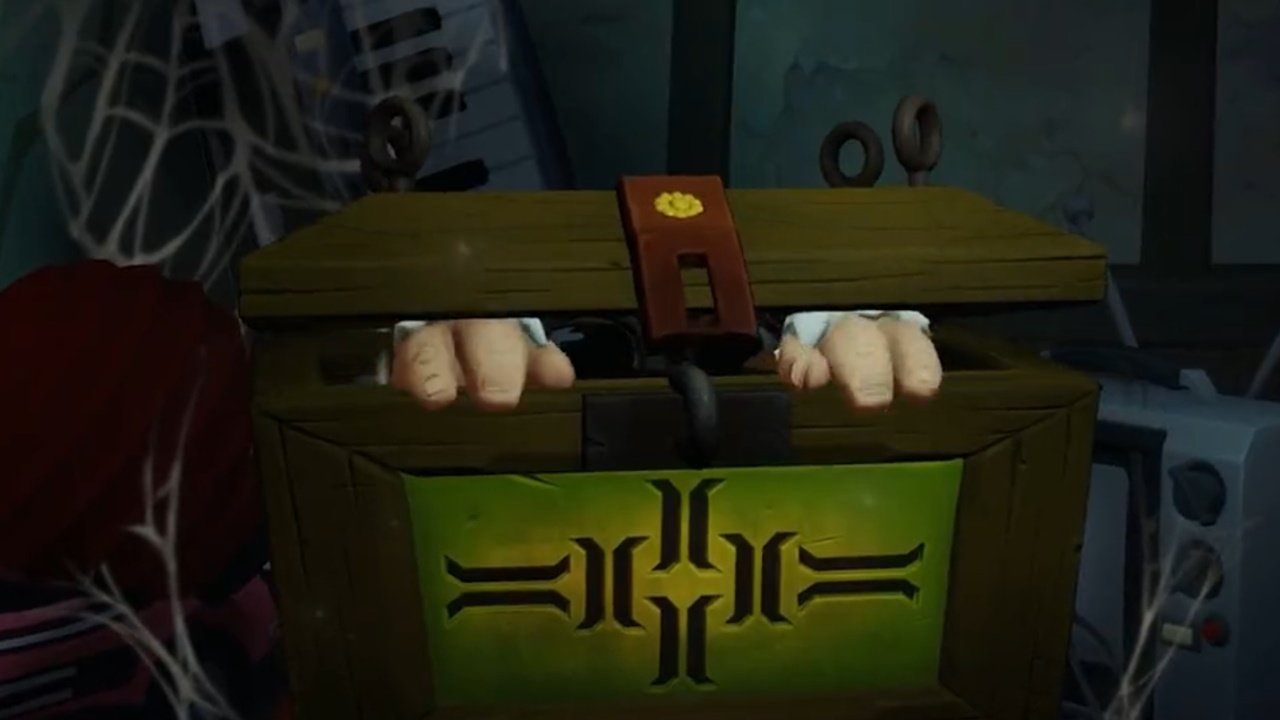 MultiVersus has teased the addition of Gizmo from the Gremlins movie to the game’s expanding character roster built from Warner Bros. licenses.

Thanks to artwork which accompanied the launch of Season 1, we already knew that Black Adam and Gremlins villain Stripe will be joining the MultiVersus character. Now it seems the main antagonist of the first Gremlins movie will be joined by his cutesy and far less sinister counterpart, Gizmo.

A teaser shared on the official MultiVersus Twitter account shows a slow pan toward a wooden box, accompanied by sinister Gremlins laughter and objects being tossed around the room. As the teaser closes, two furry hands pop out from the front in a similar manner to his first reveal in the movie and we hear a cheery noise.

We've got a little, fluffy surprise headed your way on Tuesday! #MultiVersus pic.twitter.com/83CVuUs0p2

“We’ve got a little, fluffy surprise headed your way on Tuesday!” Reads the message accompanying the teaser trailer.

Gizmo’s arrival first in MultiVersus would make sense, given Stripe and the other Gremlins were spawned from him. Now, so long as no one runs water over him or feeds after midnight, there shouldn’t be a problem, right?

With Gizmo set to join the MultiVersus roster on Tuesday, there’s yet to be an official date revealed for either Stripe or Black Adam besides the fact that they’re due to arrive during the game’s first season. Rick Sanchez is also on the way, following the arrival of Morty Smith last month. The Rick and Morty star made a surprisingly quiet entry to the platform fighter, but you can learn how to utilize his complex moveset well with our MultiVersus Morty guide.

MultiVersus is free to play on Xbox, PlayStation, and PC, with full cross-platform play and cross-progression support. If you want to dive in, it’s worth checking out the current list of free rotation characters available to try. We also have some MultiVersus beginners tips and tricks that’ll help you prepare for when ranked mode finally arrives.