HD ports of the WiiU remasters are reported to be announced in a September Nintendo Direct. 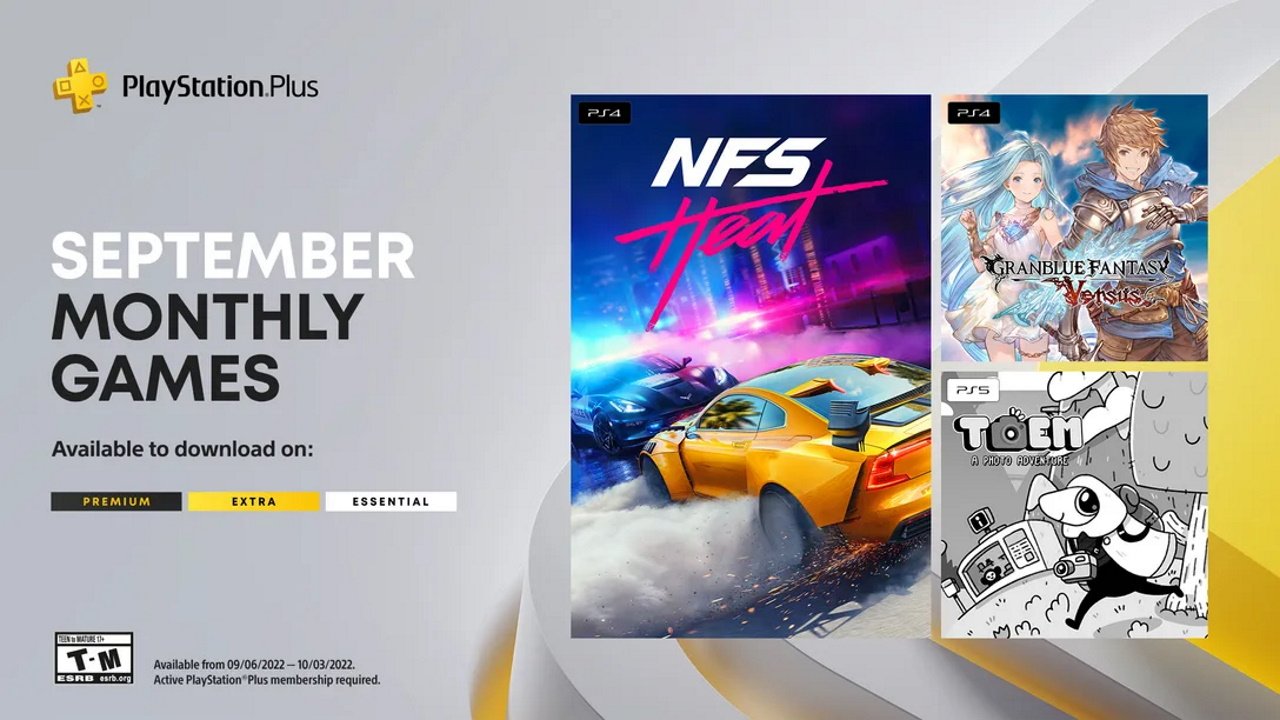 Sony has revealed the PlayStation Plus September games for PS4 and PS5, coming free to all Essential, Extra, and Premium subscribers.

Here are the September PlayStation Plus games for 2022, available between September 6 and October 3:

As usual, the three new games will be made available to all tiers of subscribers for a limited time. Add the game to your collection within the upcoming window and it’s yours to keep as long as you hold a PlayStation Plus subscription. Two of the PS Plus free games are available as PS4 versions, while Toem is a PS5 exclusive.

Need For Speed Heat sets you loose as an illegal street racer in a city where the law applies far more loosely when sundown arrives. Compete in competitions across Palm City to upgrade your car and earn rep that lets you compete in higher tiers of competition.

Arc System Works takes on the Granblue Fantasy universe in a gorgeous fighting game packed with unique characters to master. The single player RPG mode offers plenty to enjoy, and you can even invite a friend to face waves of enemies together in co-op. If you were inspired by the game’s appearance at EVO 2022, this is your chance to get stuck in.

Looking to get behind the lens? Toem’s soothing little monochrome levels allow you to explore from a top-down view before swapping to first-person as you snap images with your camera. Put your photography skills to use as you help a range of unusual characters throughout the adventure. Who knows, you might even become a virtual photographer yourself!

Last month’s games are still available until September 5, so make sure you act quickly if you want to add Yakuza: Like a Dragon, Tony Hawk’s Pro Skater 1+2, Little Nightmares, and Unrailed to your library!

Also arriving in September are a new wave of games joining the PS Plus Extra and Premium games libraries. Arriving on September 20 are 11 new games including Deathloop and Chicory: A Colorful Tale. Here’s the full list:

Also arriving on September 20 are a selection of new Classic games from the PS1, PS3, and PSP era. Here’s the list of new (old) titles: