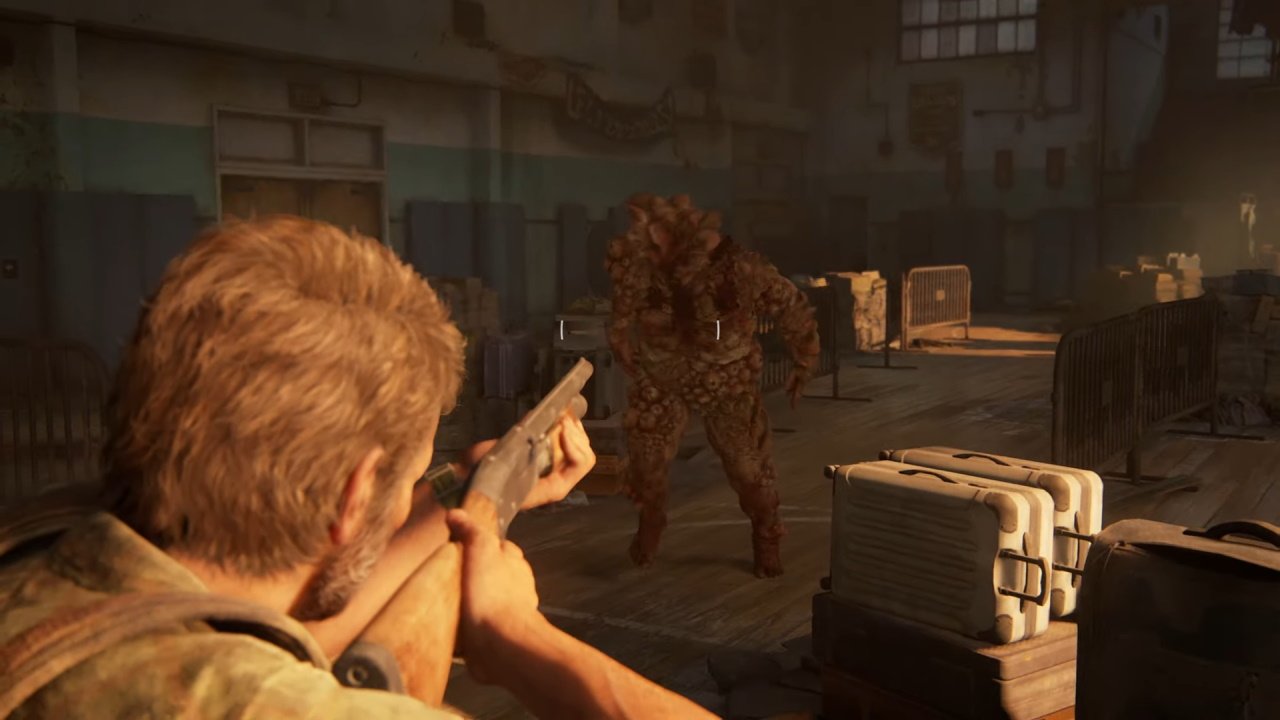 A lengthy new The Last of Us Part 1 gameplay trailer has been released by developer Naughty Dog.

It’s safe to say that the upgraded visuals and gameplay are beginning to look a little bloated. Namely because the gameplay in question showcases a segment of Bill’s Town, concluding with the terrifying boss fight against the Bloater infected inside a school gymnasium. The improved controls and movement systems should help to make that battle somewhat less frustrating this time around.

The video is age restricted, meaning you'll need to head over to YouTube to watch it for yourself.

The footage kicks off with Ellie, Joel, and Bill sneaking their way through suburban America to a school. Joel begins using a bow and arrow before alerting the infected and resorting to explosives and guns.

The gameplay shows off some of the terrifying Clickers which hunt based on sound and are capable of instantly killing if they get too close. Along with guns and other ranged weapons, we get to see Joel get stuck in with some unarmed melee and bat swings too.

The remake promises improvements on almost every front over the original game and its remaster. Part 1 will incorporate technologies developed for The Last of Us Part 2, including advances to enemy AI and movement animations. The improved visual and animation fidelity is particularly clear in the dismemberment of the Infected, some of which continue to crawl after having their legs blown off.

Naughty Dog recently released a breakdown of the accessibility features that will be available for the game, including haptic feedback through the DualSense to convey the intensity of dialogue to players with hearing difficulties.

The Last of Us Part 1 releases September 2 as a PS5 exclusive. A PC version of the game is also in development, though no release date has been confirmed as of yet.

A Last of Us TV show centered around the events of the first game is also in production. A recent HBO showreel included a short look at Pedro Pascal as Joel and Bella Ramsey as Ellie in the adaptation.