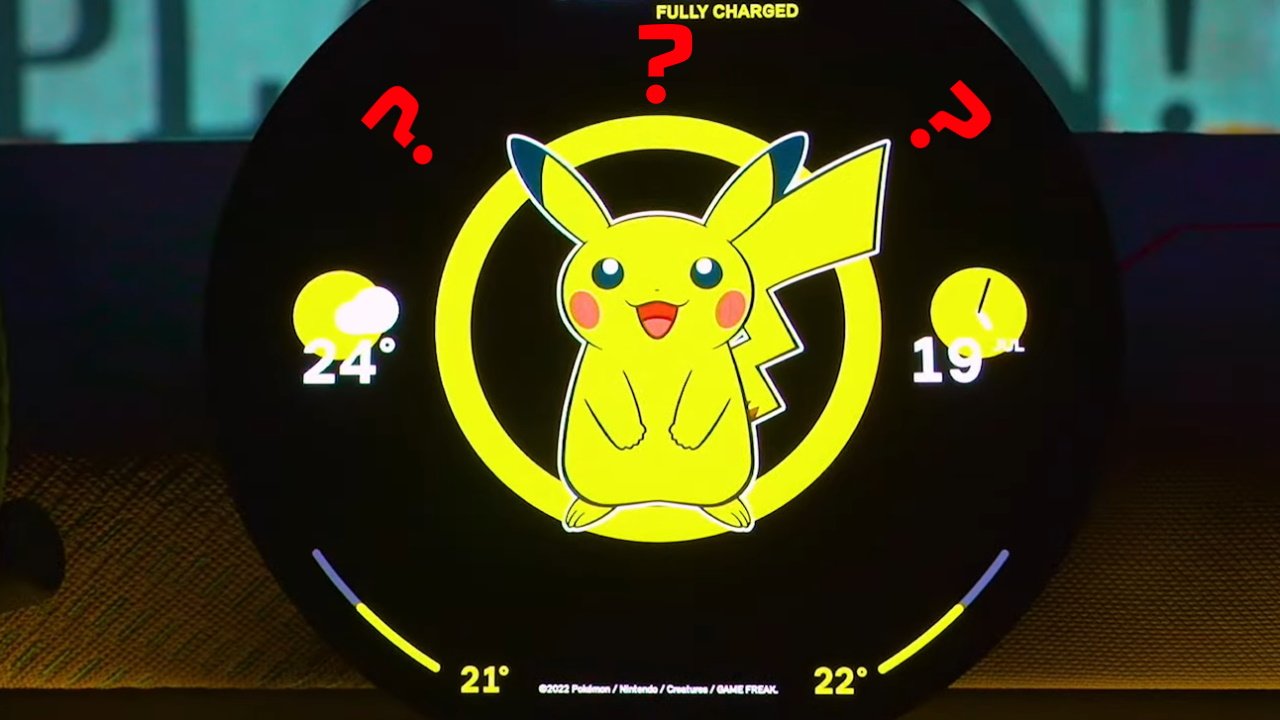 The weirdest things from Gamescom 2022

If your brain managed to survive the onslaught of world premieres and flashy CGI sequences during last week’s Gamescom 2022 showcases, you may have noticed more than a few oddities amid the announcements. Every major games conference comes with at least a few baffling broadcasts, and gaming’s return to Germany was no exception. Here are the weirdest things from Gamescom 2022 that were so bizarre your brain tried to forget about right after watching.

When Opening Night Live host Geoff Keighley cut to footage of past Geoff Keighley only for past Geoff to then cut directly to a trailer, we already knew something was up. The interview afterwards attempting to justify the existence of this bizarre Pokémon concept car only made things worse.

“The Pokémon Company and [Mini] have a lot in common: we are both iconic brands,” said the human press release.

You could almost see the board room meeting happening – Our car is electric. Pikachu is an electric mouse. It’s genius! – as the spiel played out. And yet somehow, no one remembered to paint the damn thing yellow.

Emphasizing how the not-to-be-sold car variant could connect directly to your (unspecified) games console, the concept Mini Aceman’s slogan was revealed: Play On! Never Stop Playing. Advice we can only hope doesn’t apply to the person sitting behind the wheel.

As a game, Moonbreaker looks pretty awesome. A digital miniatures tactics game with loads of character and the ability to hand paint your own models? Awesome! The reveal of the concept, however, we still haven’t quite wrapped our heads around.

When the trailer opened with famous fantasy author Brandon Sanderson announcing how excited he was to develop the world and lore, we were expecting some kind of RPG or adventure game. After all, the man has spoken plenty about his love of FromSoft games in the past.

What we got was a game about shifting little figures around a small arena while they fire off quips. Don’t get us wrong, we’re keen for Moonbreakers. We’re just not sure why this was the project the Stormlight Archives author was picked for. The narrative deep dive is presumably to come further down the line.

Yes it’s Everywhere, but what exactly is it?

Everywhere is the game that kicked off the Opening Night Live broadcast. Or we think it’s a game, anyway. The debut trailer wasn’t exactly clear on that point, or indeed anything.

Coming from Grand Theft Auto producer Leslie Benzies’s new studio, Everywhere was unveiled with a mysterious trailer that spent a good while describing it in vague-but-exciting statements like: “This is more than a game, it’s a labor of love, it’s a labor of passion.”

What it sounds like is some kind of creative sandbox that’ll let players design and share their own games within it. So maybe Roblox but with shinier graphics and hopefully less exploitative practices.

It all sounds a bit metaversey, though the term was never explicitly dropped and the developer has neither confirmed nor dismissed environmentally damaging blockchain integration. Who knows, maybe it'll be like Dreams but on an even grander scale. For now it’s both Everywhere and nowhere until we get more information.

Cats? Forget about them. Stray has had its time in the limelight, and now comes the reign of the raccoon. The time of the trash panda. Snaccoon was an unexpected delight during the packed Future Games Show last week. We certainly weren’t expecting it, but we couldn’t be happier that it’s coming.

Set in a world where snack food has been outlawed, you play one hungry little mammal in a hunt for tasty treats. Snaccoon’s developers describe it as a stealth exploration game, but the trailer has already shown that sewing chaos will be just as much as a part of this furry friend’s toolkit. Now who’s up for a raccoon selfie?

While Return to Monkey Island was busy mocking Oblivion’s classic Horse Armor DLC fumble, titles like Hogwarts Legacy are still making that monetary dream a reality. The game’s latest trailer concluded with a very out-of-date feeling package of deluxe edition pre-order bonuses including a special look for your Hippogriff. That was only the beginning of the nonsense, however.

As Gamecom rolled on, more baffling announcements arrived. Hogwarts Legacy will include a PlayStation-exclusive quest and that preorders would also reward the Felix Felicis potion recipe. Then came that Collector’s Edition reveal. The unboxing video for the eye wateringly expensive $300 edition revealed…a cheap cardboard box and plastic inlay holding a steelcase and overly large book stand for a floating “ancient magic wand.” A stand you’ll need to have plugged in continuously if you want to display it.

But wait – there’s more! The Collector’s Edition may also come with its own exclusive quest. Presumably to lock away the best content from the poor wizards and muggles who couldn’t afford to attend Hogwarts. Start cheering now or we’ll Wingardium Leviosa those hands into the air for you!

Sonic Frontiers hasn’t exactly had the smoothest landing so far, with early footage revealing a rather barren open-world environment to zip around. Then the new trailer with a release date was accidentally posted ahead of its Gamescom showing.

The latest Sonic stumble to have surfaced comes courtesy of early gameplay footage recorded at the show. As shared on Twitter by Mikester, the opening tutorial level appears to have a suspiciously similar layout to that of 2008’s Sonic Unleashed. Eerily similar. Sonic, you okay, hun?

Spot anything else bizarre at Gamescom 2022? Share it with us in the comments below. You can check out some of our proper highlights here.