Dark Souls 3 rises from the bonfire, but the original and its sequel remain offline. 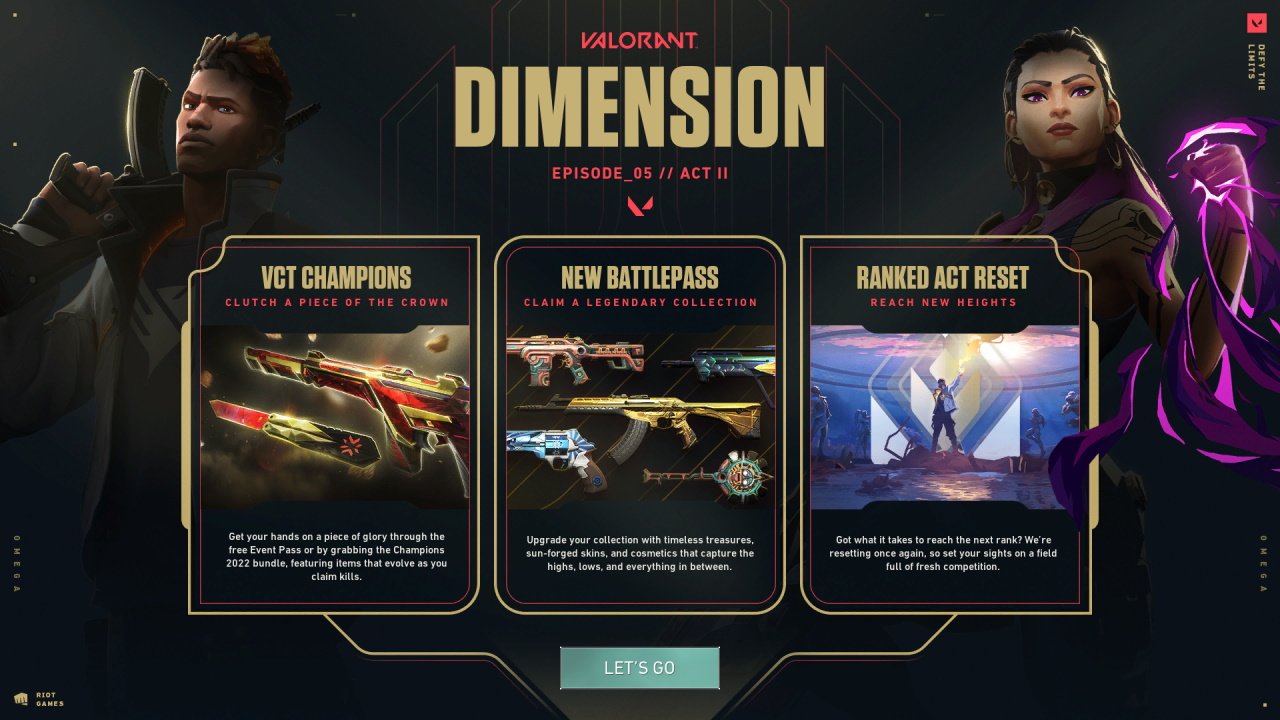 And audio descriptions for cutscenes.

Valorant Episode 5 Act 2 is now live, bringing with it a new battle pass and free event pass to complete.

The new chapter in Valorant’s life is a relatively quiet one, without any word on a new character or map for the game just yet. Instead Episode 5 Act 2 marks the culmination of the 2022 Valorant Champions Tour. VCT 2022’s final tournament, Valorant Champions, kicks off on August 31 and runs until September 18, when a new team of Champions will be crowned.

Riot recently released a new song and music video to promote Valorant Champions 2022, which is set to take place in Istanbul, Turkey. Check out the Fire Again music video if you’re looking to get pumped up for that.

Valorant Episode 4 Act 2’s new battle pass includes three new skin lines, the elegant and golden Immortalized set (including a Guardian, Stinger, Vandal, and Sheriff), dramatic and colorful Premiere Collision set (including a Classic, Marshal, Ares, and Bulldog), and the Aztec-inspired Piedra Del Sol collection (including a Ghost, Bucky, Phantom, Judge, and Obsidiana melee weapon). Check out a few of them in action in the Kickoff trailer below.

There are 53 days left to work through the pass, though as ever you can cough up extra Valorant Points to pay for tier unlocks and reach the weapon skins you want.

Alongside the paid pass is a free event pass themed around Valorant Champions. The seven free tiers include a spray, a player card, Radianite points, a title, and a gun buddy. The event pass has just 26 days left to work through.

There’s also the Valorant Champions bundle, an expensive collection (6,167 VP) which includes a phantom skin, knife, spray, player card, and gun buddy. If the skin is upgraded, players can generate a unique finisher animation if they rack up enough kills over the course of the game.

Finally, Episode 5 Act 2 comes with a rank reset for Valorant’s competitive mode. Looking for a new chance to rise through the ranks and maybe find a slot in the new Ascendant level? This is it.