Catch up on all the new announcements with our Gamescom 2022 Opening Night Live roundup. 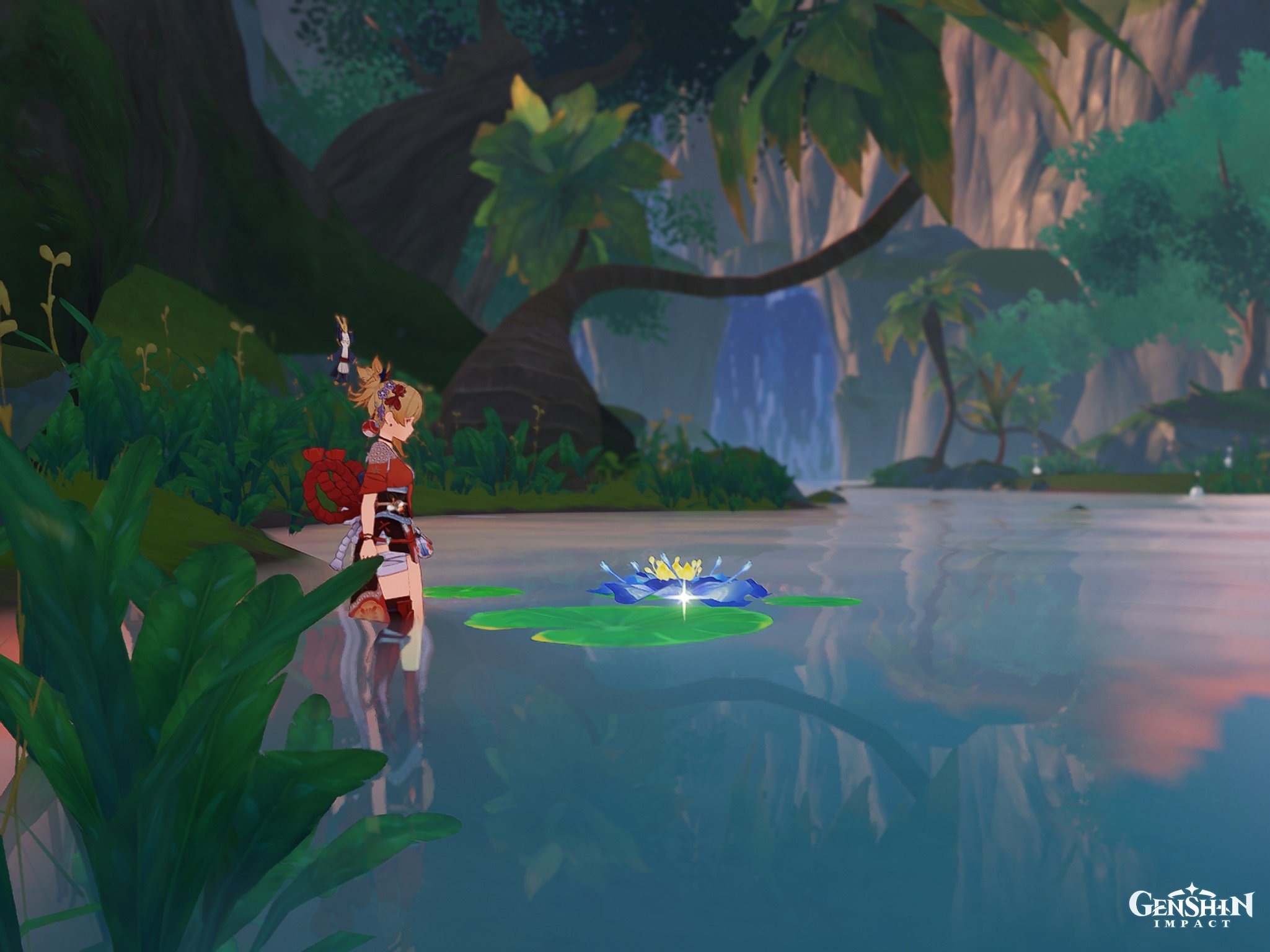 Nilotpala Lotus in Genshin Impact is a useful ascension material for some of the Dendro characters of the new Sumeru region. As such, you can find Nilotpala Lotus in most of the waterways around Sumeru. Here are the best places to look.

The best places to find Nilotpala Lotus in Genshin Impact are the rivers and waterways around Sumeru City. For a good Nilotpala Lotus farming route, starting from the Chinvat Ravine near Gandharva Village, run around the waterfall basin collecting them before teleporting to Alcazarzaray and picking up the Lotus around there. Then head west to pick up the four around the waterfall basin there before teleporting up to the north of Sumeru City and dropping into the ravine to sweep up the largest deposit of Nilotpala Lotus.

The other clusters of Nilotpala Lotus dotted around Sumeru can simply be warped to at the nearest waypoint and then glide down to the water's edge to collect them.

Nilotpala Lotus will be found as part of a lily pad, floating on the water's surface near a river bank. During the day the lotus flower is closed up in a bud, and at night it opens to reveal the yellow center.

If you're looking for more easy maps to find ascension materials and resources in Genshin Impact's Sumeru region, check out our other guides from the 3.0 update here.

You can find more useful material locations and helpful hints using the Genshin Impact interactive map (which isn't the official one, but we find this one to be a bit more accurate and has notes from other people helping you find what you're looking for).

Hopefully this map makes farming Nilotpala Lotus in Genshin Impact much more bearable while you level up your Sumeru characters.