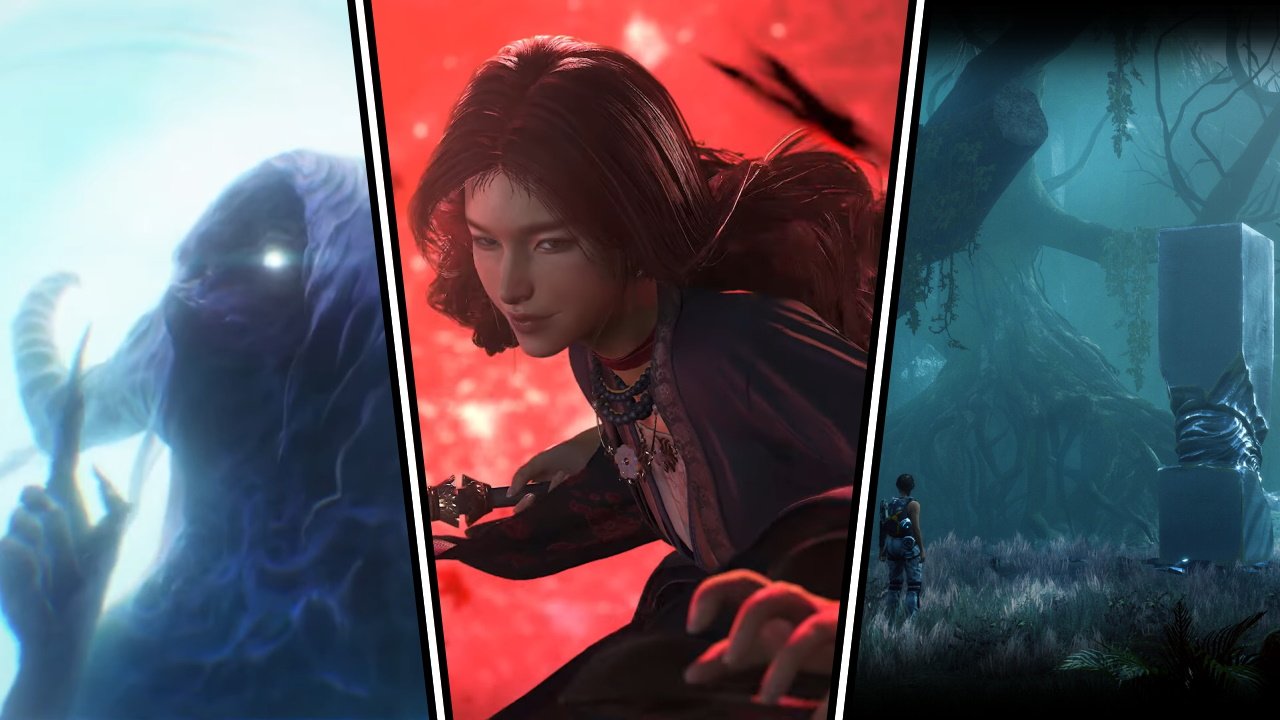 The Gamescom 2022 Opening Night Live show delivered such a barrage of world premiere trailers and reveals that it was almost impossible to remember everything. By the time a trailer had your interest it was already being barged off the screen by the next title in the list.

Hidden within that rush, though, were several seriously exciting new games that we can’t wait to see more of. Whether you’re after the show highlights or want to know more about some of the newly revealed tiles, here are our picks for the best reveal trailers from Gamescom 2022’s Opening Night Live.

We’ve limited our picks for the best Gamescom 2022 surprise reveal trailers to new games, so that means no Dead Island 2, we’re afraid! You can check out the full list here of everything that was shown here, but read on for more information on the unexpected treats below.

Set in the dying days of medieval China’s Ten Kingdoms era, this open-world action game promises an impressive degree of player freedom regarding how you approach your life. The debut trailer showed off plenty of martial action including sword and hand-to-hand combat, as well as more magical abilities like running on water and firing a bow during giant mid air leaps.

Combat isn’t all that’s on offer, though. In an interview with IGN, developer Everstone said players can “become an orator who uses the power of words to convince NPCs to follow their advice; they can become an architect who builds all kinds of imaginative buildings; they can become a bodyguard who protects players or NPCs from assassins; or they can become a ferryman who takes passengers on a tour of the river.”

It’s an intriguing adventure that looks undeniably gorgeous, and we’re already eager to discover more about Where Winds Meet. No release date has been confirmed just yet, and so far the title is only announced for PC.

While Scars Above was first revealed back in 2021, we’re willing to bet that it slipped under the radar for enough people to Gamescom 2022’s trailer a first look for many. The mystery-laden sci-fi world of this third-person shooter certainly has echoes of Returnal, though the monstrous creatures it looks like we’ll be fighting have far fewer tentacles here.

Kate Ward, a scientist and member of the Sentient Contact Assessment and Response team, finds herself alone on an unknown alien world after an encounter with an mysterious object that appeared in Earth’s skies. She’ll have to make use of gun, tools, and melee strikes to survive against the many threats the planet contains as she attempts to figure out what went wrong for her team. Scars Above markets itself as a “challenging” game about “the rewarding feel of overcoming difficulty”, so should be right up any Returnal lover’s street.

A new open-world RPG? Oooh. Set in a fantasy take on Middle Ages Portugal? Ahhh. From a new studio of former Bethesda and Obsidian developers? Yes, please. The tantalizing trailer for Wyrdsong didn’t give much insight, but we’re already prepared to lose ourselves in a new and dark world.

Speaking with IGN, Something Wicked CEO and founder Jeff Gardener explained that the game will deal with an unreliable reality, promising that Wyrdsong will “plumb the depths of the player’s subconscious and how that affects the waking world.” The game is in the early stages of development, and the team is still building out the story.

Okay, who had this one on their checklist? Renowned fantasy author Brandon Sanderson partners with the Subnautica devs to create the world and lore for a new digital miniatures game. Yeah, us neither. Moonbreaker is going all in on the mini design, allowing you to (digitally) hand paint them before jumping into battle against other factions.

Inarticulate miniatures they may be, but your units will dish our plenty of lighthearted chatter and quips as they unleash attacks in tactical, turn-based battles. Unknown Worlds Entertainment co-founder Charlie Cleveland described the game as “Hearthstone meets X-COM”, and explained that every unit will bring unique and game-breaking abilities to bear in battles. We're already eager to dust off our digital painbrush, and we can't wait to see how the story come to the fore as well.

The deep blue of the ocean is often used as a metaphor for loss and grief. Under the Waves is no exception there, but this surprise announcement by developer Parallel Studio and publisher Quantic Dream will pair those themes with the topic of Ocean Conservation.

A narrative-driven adventure game, Under The Waves follows professional diver Stan in a “techno-futuristic 1970s” as he encounters unusual events in the dark of the water’s depths. His isolation allows plenty of time to look back on a devastating loss and perhaps find a way to move forward to the rest of his life. Parallel Studio has partnered with the Surfrider Foundation Europe during production to encourage protection of one of Earth’s vital habitats.

Those were our favorite surprises from Gamescom 2022 Opening Night Live. But what did you enjoy? Let us know your favorite announcements in the comments below.