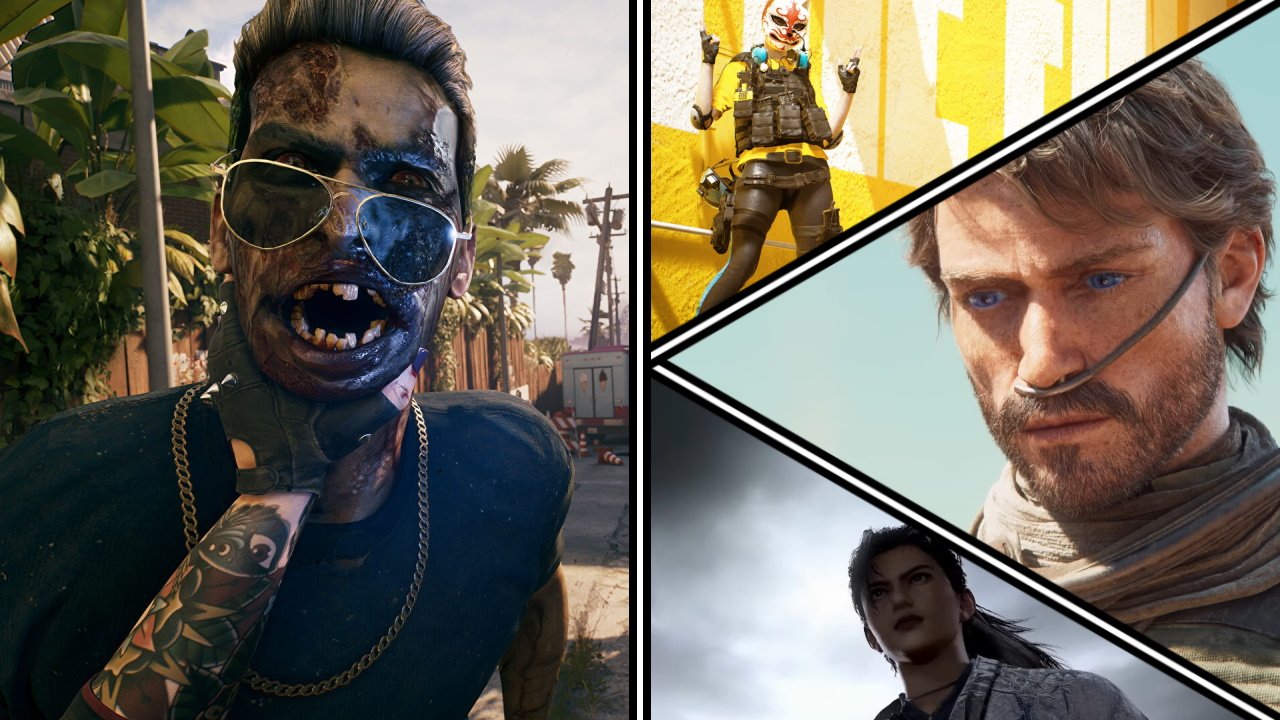 Gamescom 2022 is now underway, and as has become tradition, the show kicked off with a cavalcade of trailers courtesy of Opening Night Live. If you missed the show or want to recap everything unexpected within, we’ve rounded up all the new games and trailers shown during ONL 2022 for you below.

Below are all the trailers showcased during Gamescom Opening Night Live. Looking for just the highlights? We picked out some of the best surprise reveals here in a much shorter list. Check out the full Gamescom 2022 schedule here to ensure you don't miss any more announcements before you gorge yourself on the new games and trailers below:

What it is: A creative sandbox from Grand Theft Auto producer Leslie Benzies that’s teasing the ability for players to craft their own game worlds, modes, and more. Think a gaming metaverse, but hopefully without the blockchain mess running behind it.

What it is: An open-world survival MMO set on the desert planet of Arrakis. It promises to mix exploration and survival with massively multiplayer social elements.

What it is: A new and fancier DualSense controller that’s highly customizable. It’ll let you remap buttons, adjust stick dead zones, trigger travel times, and even swap out the thumbsticks. Better yet, you can save multiple profiles to activate them for different players or games.

What it is: Some more gameplay (and one of many gory endings) for Dead Space creator Glen Schofield’s new sci-fi survival horror game. Read more in a new PlayStation blog.

The Lords of the Fallen

What it is: A reboot of 2014 soulslike Lords of the Fallen. It’s actually a sequel set more than a thousand years after the events of the original. You’ll be able to customize your own character and then explore the grim fantasy world alone or in online co-op.

What it is: A sequel to 2020’s Overcooked-style co-operative house-moving game. Lug furniture around and toss it through windows to get your van packed up with items as quickly and chaotically as possible.

What it is: A new trailer for the open-world action adventure game set in the past of the Harry Potter universe. This look at gameplay shows off a lot of blasting zombies as characters dangerously dabble in the Dark Arts.

New Tales from the Borderlands

What it is: A new interactive narrative adventure within the Borderlands universe. The leads this time are scientist Anu, her “streetwise” brother Octavio, and the “fierce, frogurt-slinging” Fran.

What it is: The trailer briefly leaked earlier, but now the new footage of the upcoming open-world Sonic game is free to rewatch as many times as you like.

What it is: A solemn game from French studio Parallel about a man exploring the ocean depths as he comes to terms with his grief. It’s set in a “techno-futuristic” take on the 1970s and players take the role of Stan, a diver investigating strange underwater disturbances at the behest of an oil company. The game has partnered with Surfrider Foundation Europe to include elements of ocean conservation.

What it is: The next entry in the ridiculous goat sandbox game. The first gameplay trailer is as chaotic as you’d expect, with goats running amuck in all kinds of zany situations.

What it is: A new trailer for the delightful-looking Return To Monkey Island which confirms the release date. And yes, that is a horse armor joke in 2022.

What it is: A comedic digital miniatures game by Unknown Worlds, developer of Subnautica. Unexpectedly, it has a world crafted by famous fantasy author Brandon Sanderson. In addition to battling, you can carefully paint your miniatures up from gray models to detailed designs.

What it is: A violent cartoony first-person shooter filled with animal characters and card-based powers. It’s not quite clear how the whole thing works, but it looks over the top in a great way.

What it is: A first proper look at gameplay from this soulslike game inspired by the story of Pinnocchio. It looks a little like Bloodborne but with more steampunk and technological weaponry.

What it is: A base-building survival game set on an alien planet. After crash-landing from the stars, it looks like players will build up a home, farming for food and resources while also fending off alien threats.

What it is: A new fantasy action-RPG from The Surge developer Deck 13. The debut trailer is primarily CGI, though there’s a brief flash of what looks like gameplay at the end with dramatic sand surfing and fights against monstrous enemies.

What it is: Another gameplay trailer for the revival of the classic space-based strategy game. Fights play out in three dimensions, and in this trailer we see one army making use of tunnels and cover to flank an opposing force.

What it is: A new trailer for another game in the expanding Hoyoverse. This one is a 3D tactical RPG. Much like Genshin, expect to spend plenty of money for your chance to pull higher-ranked characters out of the mystery hat.

What it is: An oddly uninteresting trailer for the upcoming talking weapons FPS from Justin Roiland’s studio Squanch games. It shows off a boss fight against 9-Torg in which the player moves around a small arena jumping over lasers and hiding behind boxes as they slowly chip away at a health bar.

The Expanse: A Telltale Series trailer

What it is: Another look at the Expanse narrative game coming from Life is Strange: True Colors developer Deck Nine. It looks closer at lead star Camina Drummer, who will be played once more by her star in the TV series, Cara Gee.

What it is: An asymmetrical horror game based on the 1988 movie of the same name. Players can attempt to harvest humans as ugly alien clowns or attempt to fight back as a group of survivors.

What it is: A “challenging” sci-fi third-person shooter set on a mysterious alien world. The trailer gives off some hefty Returnal vibes.

What it is: A new RPG from former Bethesda and Obsidian developers. The enigmatic trailer doesn’t give away much, but it’s a title that genre fans should definitely take note of.

Age of Empires 4: Ottomans and Malians

What it is: A trailer introducing two new historical factions for Age of Empires 4. Bring to bear might cannons capable of tearing down the walls of Constantinople in the free anniversary update.

What it is: Confirmation that the co-op post-Batman action game is arriving just a little earlier than expected. The new trailer shows off a few different outfits for the lead cast and some villains like Clayface, Freeze, and Harley Quinn.

What it is: An open-world action-RPG set in the “twilight of Ten Kingdoms” period of medieval China. Environments look lush, and gameplay looks to incorporate a range of skills like sword fighting, water-running, and mid-somersault bow shots. The game will reportedly contain a jobs system that lets the players take up different roles within the world.

What it is: A new trailer for Limbic Entertainment’s park-building simulator. We get a look at the modular construction systems that allow players to cobble together different aspects as they make roller coasters and other attractions.

What it is: The popular and soothing village building strategy-puzzle game is announced for Nintendo Switch.

What it is: The Outlast series prequel gets a release date in this trailer filled with an unpleasant number of flashing lights. The game lets you attempt escape alone or in co-op online with friends.

What is it: A free-to-play destruction-focused shooter from ex-Battlefield developers. We only get the barest of gameplay teases, but The Finals promises combat in “virtual arenas that you can alter, exploit, and even destroy.”

What it is: The long, long, and even longer-awaited sequel to the multiplayer first-person zombie survival game. It’s set in Los Angeles, and Gamescom 2022 dropped both a blood-’n’-guts-heavy CGI reveal trailer and a brief first look at gameplay, which appears to consist of a lot of punching zombies in the face.

What was your favorite Gamescom 2022 new game or trailer? Let us know in the comments down below. Take a look at the Gamescom 2022 schedule for more of what's to come from the show.