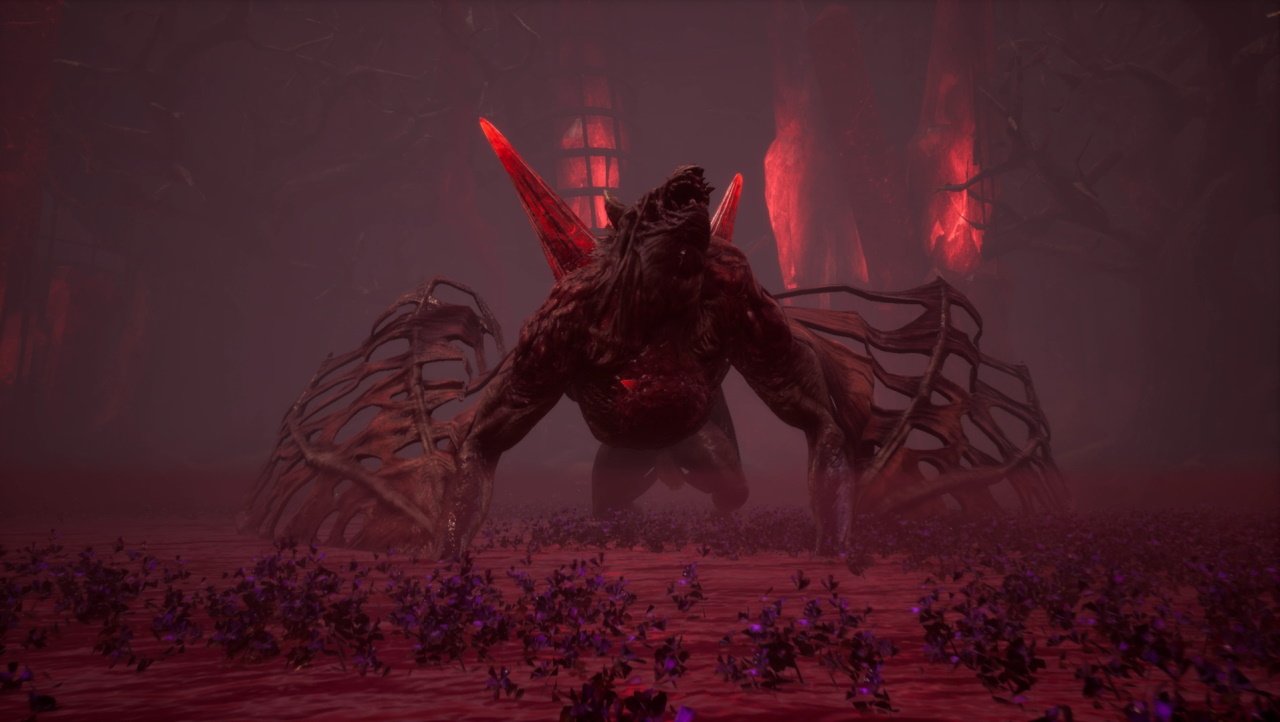 Thymesia: How to beat The Hanged Queen boss fight

Exciting core combat clashes with too many ideas in this new soulslike from OverBorder.

In Thymesia, The Hanged Queen is the second boss, found at the end of the Royal Garden. She’s an enormous bat that likes to slam down from the sky, and fire off sonic waves. If you don’t know how to deal with her healing abilities, the fight can turn into a slog. In this guide, we’ll explain how to beat The Hanged Queen in Thymesia. We’ll offer general strategies and show the key moves to watch out for in our Thymesia Hanged Queen boss guide.

Thymesia: How to beat The Hanged Queen

The Thymesia Hanged Queen boss fight is certainly imposing, but she’s actually a far easier opponent than Odur. Take your time and she can outheal any damage you deal to her, but approach with the right attitude and you’ll realize she has very few moves to learn or watch out for.

Watch for the opening charge: The Hanged Queen always starts the fight with a rampaging charge across the arena. Get ready to dodge as she arrives and you can start dishing out damage right away.

Stay close and aggressive: The Hanged Queen will repeatedly attempt to make space to heal herself from the blood pool below. Your job is to not let up at any point in this boss fight. If you’re not hitting or dodging, you should be sprinting full pelt towards her to close the distance.

Stay close and The Hanged Queen will be more likely to trigger her melee attacks, meaning she spends less time healing. In addition, you may corner her such that she struggles to fly away from you. Trap her and you can deal massive damage in a short amount of time.

Chase her down when healing: When the Hanged Queen jumps backwards, she’ll either emit a sonic blast which can be easily dodged through or begin to heal. In either case, you should chase her down and start attacking as quickly as possible.

Don't forget to sprint when you're running. If you’ve already landed saber hits, focus on claw strikers as she heals – these will cut down the largest chunks of her health, mitigating the majority of her healing.

Dodge through sonic blasts: As mentioned above, The Hanged Queen will fire a single sonic blast when at a distance. WHen you see her raise up and suck in air, sprint toward her. Wait for her head to drop after around a second and a half, then dodge through the blast so you can get some attacks in.

Stay in front and watch her arms: When you’re up close, The Hanged Queen typically resorts to two attacks: a dive bomb that’s easily dodged, and an arm slam. If you want to beat The Hanged Queen in Thymesia, watch which arm raises upwards, then repeatedly dodge toward the opposite arm on the other side. Wait until you’ve dodged the slam, then continue attacking.

The arm slam is almost always followed by a backwards scrape along the ground. If you’re on the same side as the arm came down, quickly dodge away to avoid being hit. If you’re on the other side, use this time to deal hefty damage.

Use Plague Weapons with high wound or improved dodging: Because of her healing factor, we found Plague weapons that could be unleashed to deal high wound damage especially useful here. You’ll have plenty of time to unleash them when she heals or body slams.

Alternatively, make use of Miasma or another boost that improves your dodges. That way you can safely avoid dive bombs and other hits to continue hitting.

Be wary of crystals: The Hanged Queen uses Crystals to empower her attacks. When she has crystals on her chest, she’ll perform a body slam with much increased damage. It’s still easy enough to dodge (hit the button right as she starts to descend) and leaves plenty of time after for a counter attack.

Later in the Thymesia Hanged Queen boss fight she’ll summon giant crystal pillars. These are harmless until she leaps into the air, turns completely black besides her crystals and forms a ball. She’ll sink down and emit a shockwave which shatters the crystals, dealing massive damage if you’re nearby. You should have plenty of time to run away beforehand and heal afterwards if hit.

Once you manage to beat The Hanged Queen in Thymesia, you’ll earn 4,566 points to level up with, and collect both The Hanged Queen’s Core and a Forgotten Feather. Next up in your boss battle drives is Varg, the Gray Knight. Read our Varg boss fight guide to learn the tips and tricks needed there.