It could make a splash. 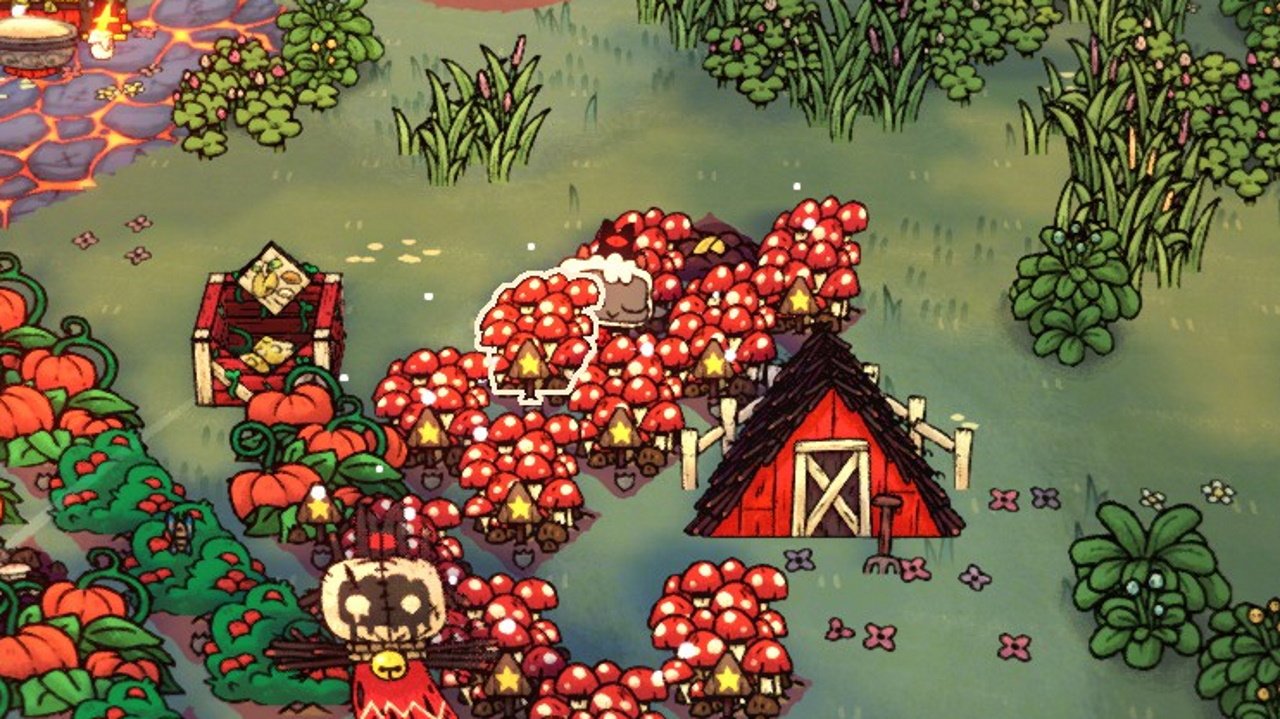 Cult of the Lamb: How to move buildings

Learn how to move buildings in Cult of the Lamb so you can rearrange your town as you please!

To get mushrooms in Cult of the Lamb you need to attack the tall patches of mushroom plants you’ll see when embarking on a Crusade in Anura, the second region. This is the same region in which you’ll first meet the mushroom folk who tell you about Sozo and invite you to his area of the woods.

Head out on a Crusade in Anura and look for mushroom patches like those highlighted above. When you attack them, you’ll have a chance to collect Menticide Mushrooms and Menticide Mushroom Spores. The former are the items you need to give to Sozo, but the latter can help you gather enough much more quickly.

Menticide Mushroom Spores can be planted in any farm plots in your Cult. Once they’re watered and grown, you can harvest them for a nice haul of Menticide Mushrooms. Plant the seeds early and you’ll get enough mushrooms for Sozo in no time at all.

Once you know how to get Mushrooms in Cult of the Lamb, we recommend handing them over as quickly as you can. Sozo will ask for two batches, but for each he’ll give you a chunk of the item needed to unlock a new Fleece. After the second set of Mushrooms, you’ll also gain access to a new Ritual which brainwashes your followers to have maximum Faith for two days straight. Great when you’re in a pinch, but be warned that everyone will get sick for a while after the effect wears off.

That’s all we can teach you about how to get mushrooms in Cult of the Lamb, so go forth, harvest them, and begin growing your own patch. We also have a guide for how to get Grass, or more general beginner’s tips to ensure your Flock flourishes.