How Upgrading Your Set Up Can Level Up Your Studies

How upgrading your gaming setup can level up your studies for back to school. 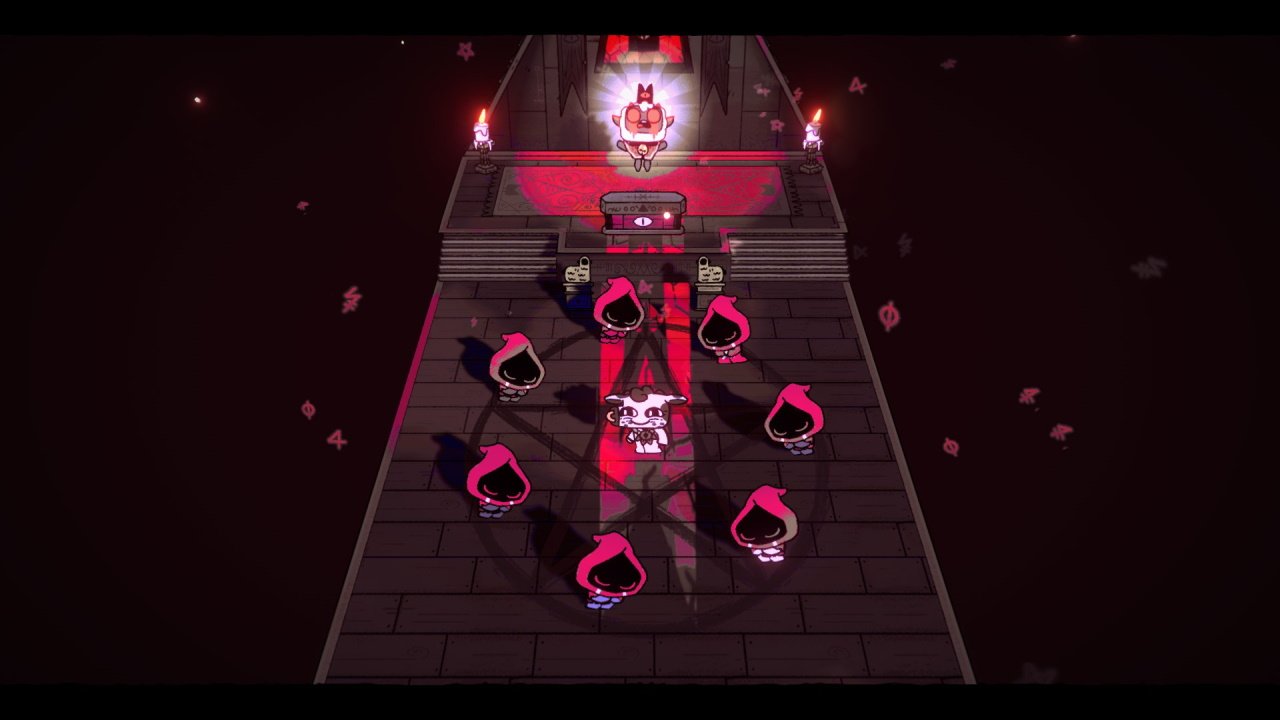 Cult of the Lamb: How to Sacrifice followers

Cult of the Lamb: how to give gifts

Learn how to give gifts in Cult of the Lamb to boost your follower's loyalty and effectiveness.

In Cult of the Lamb, sacrificing followers is one of the best ways to level up your skills for when you head out on Crusades. You’ll unlock the ability fairly early and should absolutely make use of it. In this guide we’ll explain how to sacrifice in Cult of the Lamb so you can gain rapid experience boosts and delve further into dungeons.

Cult of the Lamb: How to Sacrifice followers

To sacrifice followers, you need to visit the chapel in your Cult. That’s the large triangular building within which you conduct sermons. Interact with the dias inside and choose Ritual. Here you should find Sacrifice as one of the available options. Select it and you’ll be able to choose from your full list of Followers.

Once you’ve picked, everyone will gather in the room and don sinister hoods. The chosen Follower will move to the center of the ring and be gobbled up by a giant tentacle.

You’ll unlock Sacrifice after a short bit of time spent in Cult of the Lamb. Progress through the first dungeon and upgrade your camp following the main missions until The One Who Waits grants you a ritual doctrine called Sacrifice of the Flesh and asks you to use it.

We recommend that you sacrifice an elderly Follower where possible. This will stop them from leaving a body behind, and they should hopefully have a high level of loyalty that makes them especially valuable in terms of experience.

When you sacrifice in Cult of the Lamb, you’ll put the ritual on cooldown for a lengthy chunk of time. Sorry, but you can’t just churn through sacrifices as quickly as you like. In addition, your Flock will start the game losing Faith every time you sacrifice. Invest in Doctrines, though, and you can unlock the alternate Ascend option to massively raise the Faith of all who witness it.

In the Afterlife Doctrine tree, you can also choose a Doctrine called Belief in Sacrifice which will cause your followers to gain Faith rather than lose it whenever you perform a Sacrifice. Valuable if you want to level up your skills early without costing your Cult.

Now that you know how to Sacrifice in Cult of the Lamb, read up on our beginner's tips to ensure you're running your Cult effectively as quickly as possible.