Splatoon 3 will add a new team to the Splatfest formula, old maps and new weapons when it returns this month. 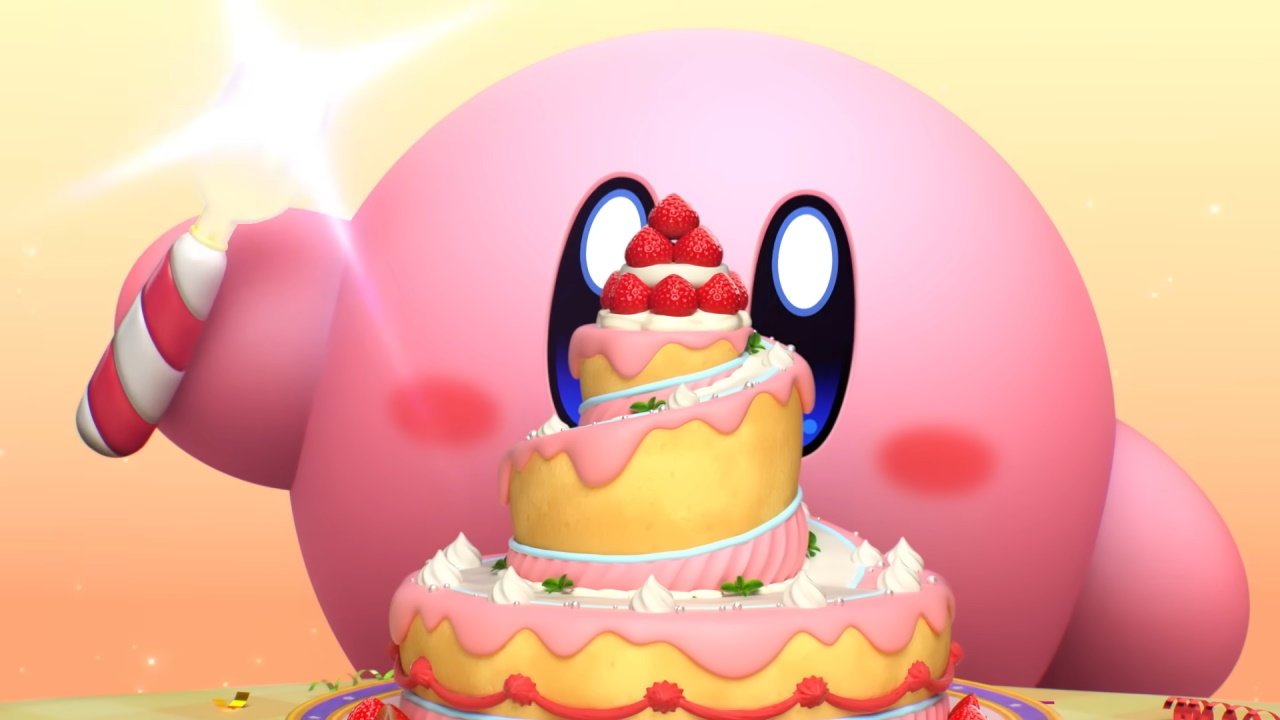 Kirby celebrated his birthday in style with a big band concert of classic tunes.

Kirby’s Dream Buffet is a multiplayer title that sees players competing to gobble up food in three minigame modes as they strive to become the biggest blob by the end of the match. The game was first announced last month and set to arrive some time in summer. The Japanese price for the game was listed as 1,500 yen, or $15 USD (£13.49 GBP or €15 Euro).

The game’s first mode, race, sees players rolling through dessert-themed environments, picking up strawberries and power up items as they go. The more food you eat, the bigger your Kirby becomes, allowing it to knock smaller players out of the course as you barge by. Whoever reaches the finish line first can gobble up a particularly impressive platter for a final boost in size.

Food-themed power up items include the ability to become a cupcake tornado that sucks in surrounding food, or a high jump that lets you launch across the level and come crashing down on unsuspecting rivals. We don't advise attempting to recreate Kirby's actions after wolfing down 50 strawberries and cakes yourself.

The next mode, minigame, puts players in a small arena and tasks them with finding strawberries hidden on the level or collecting them as they fall from the sky. The final showdown, battle royale, sees all players rolling about an enclosed arena and attempting to bash one another out. Gobbling food will make you larger, but item power ups can also flip the tables to give you the advantage in a match. Knock your opponents out and you might be able to steal their strawberries for yourself. Depending on your performance, you can unlock various outfits for Kirby to wear or new stages to play.

Kirby’s Dream Buffet is due to be released as a Nintendo Switch eShop exclusive next week on August 17. Check out more from the Kirby 30th Anniversary Music Fest here, including big band performances of many classic tracks from the Kirby series history, and a giant adorable kirby talking to a presenter on a screen.