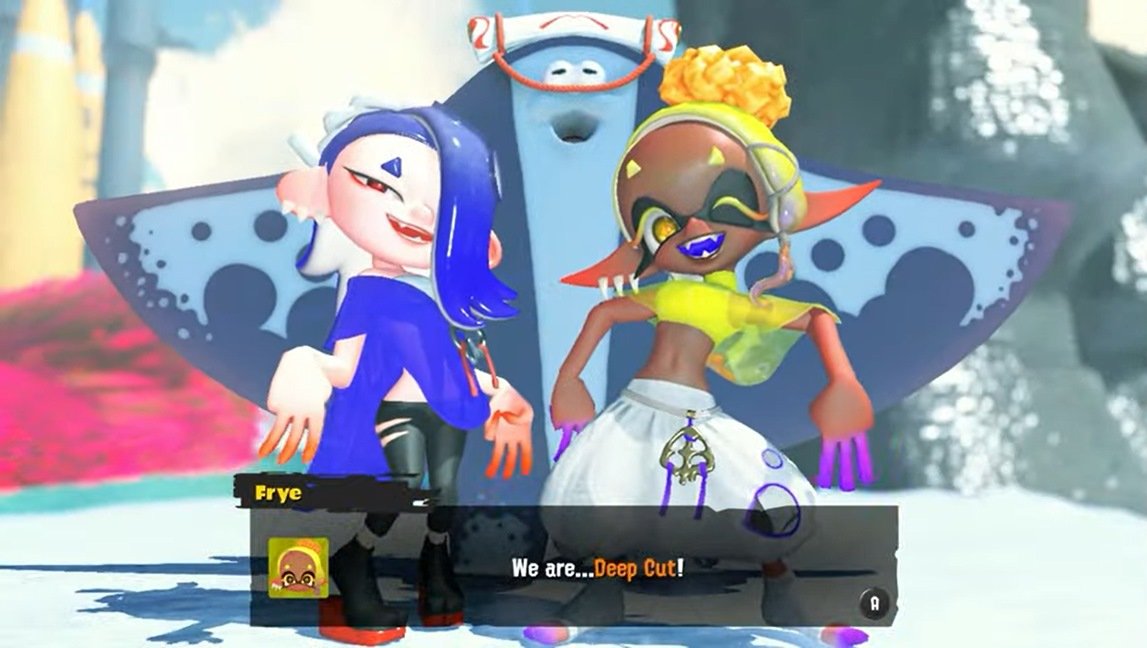 It's almost time for a multiplayer feast.

Splatoon 3 has a new trio of idols for Splatfests, new weapons and old maps when it returns with a demo later this month.

The third entry in the shape-shifting multiplayer shooter gives players a sword (the Splatana) which is a windscreen wiper with a tennis racquet handle, as well as plenty more support items to help your pals. A Tacticooler can be deployed to give your team energy drinks to amp them up, a Wave Breaker sends out damaging pulses of paint to hurt enemies if they don't jump over them, and the Reef Slider is a shark-like pool floatie that rams forward like a motorcycle before exploding and covering everything in paint.

That's plenty of new tools in the explosive arsenal to help you out in new Splatfests which, for the first time, will feature a three-way competition for players to pick a side in, aided by the new idol group Deep Cut, made up of Frye, Shiver and a giant manta ray called Big Man. If you pick any team other than Big Man's, regardless of his stance on the topic of the week, you have failed.

The first chance to try out these new three-way Splatfests will be in the demo, dropping on August 25, with the Splatfest beginning a couple of days later on August 27. Matches themselves will also be split into triple threat competitions, with two halves to every match: a traditional 4v4 to start and then a 4v2v2 territory battle to finish.

To start there will be 12 maps in the game, with more coming in future (free) updates, beginning with new arenas Scorch Gorge, Eeltail Alley, Mincemeat Metalworks and Undertow Spillway joining returning fan favorites like Mahi-Mahi Resort.

Outside the fight there are plenty of small additions to keep you occupied too, with the new setting of Splatsville (a sort of Hong Kong urban center for the Skwids) featuring a customizable locker, and for the first time loadouts that you can save as 'fits'. Very cool.

There's also a weird territory-based card game with 150 cards to collect, so watch out if you ended up playing more Gwent than the story in Witcher 3.