The Evo 2022 top 8 results for every game including Guilty Gear Strive, Street Fighter 5, Tekken 7, and MultiVersus. 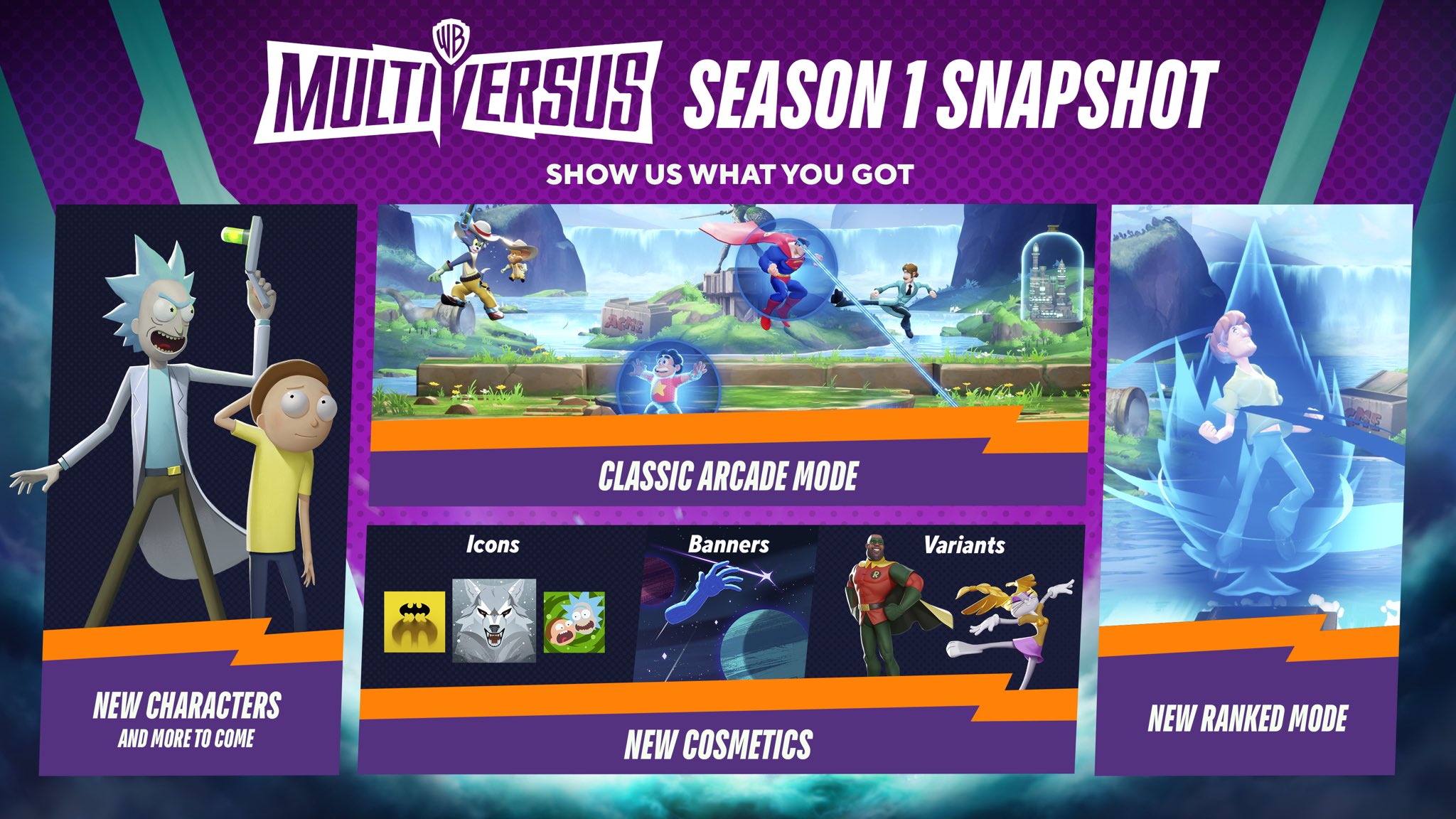 Along with the return of SF4's Juri Han.

MultiVersus may have had its Season 1 launch delayed last week, but the Warner Bros. fighting game has come out swinging from EVO 2022. During the game’s first major tournament (see the full EVO results here) with the reveal of the new content arriving in Season 1.

First up are the previously teased new character of Rick and Morty from, uh, Rick and Morty. We know that Morty will be joining the MultiVersus roster first and will be slotting into the Brawler class. Rick, meanwhile, will be a Ranged/Mage fighter – no surprise given his penchant for gadgets and gizmos to get ahead. More characters are promised as on the way, though we’ve yet to have any further confirmations of the lengthy list of leaks which surfaced online in the past.

Next up is a new mode called Classic Arcade. If MultiVersus follows Super Smash Bros and arcade staples, it’ll be a challenge that sees you take on increasingly tough AI opponents, hopefully with a few cosmetic rewards thrown in the mix for doing so. Developer Player First Games has also confirmed that it’ll be playable in co-op, so you can partner up with a friend to blast through it.

Unsurprisingly, a new season also comes with new cosmetics, including Icons, Banners, and Variants for characters. It looks like we’ll be getting a Robin outfit for Lebron James and new Bugs skin. Expect several new looks to feature in the Season 1 battle pass, which has been confirmed as including 50 levels.

Finally, a ranked mode is also on its way to MultiVersus. A fitting inclusion following a healthy showing at the world’s biggest fighting game event, ranked mode will likely include tiers for players to battle their way up. It should also make for fairer matches as players are paired up based on their skill rating instead of randomly.

That’s everything we know for MultiVersus Season 1 content so far. There’s no precise roadmap or release date just yet, so we’ll need to wait until developer Player First Games is happy to reveal more information about the future of the game.