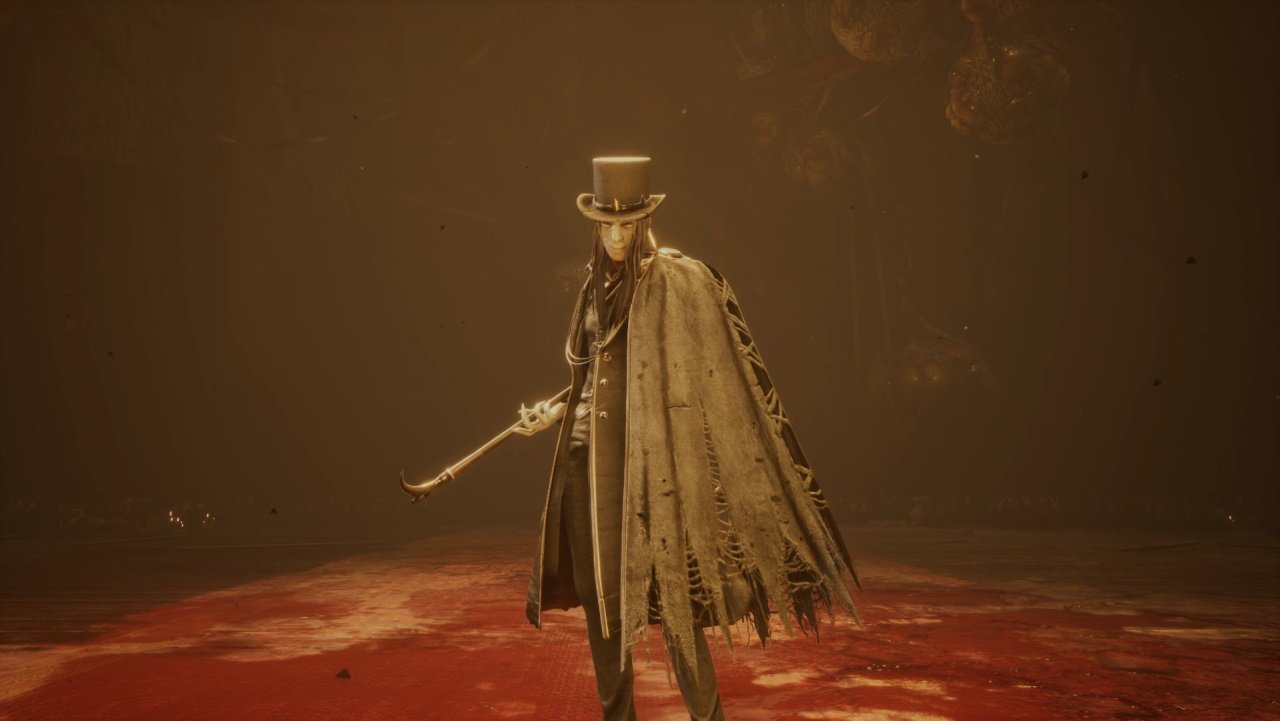 In Thymesia, Odur is the first boss you'll face at the end of a circus-themed area. The Odur boss fight sees this ringmaster employ cunning tactics and misdirection to throw off your timing. Let Odur do as he pleases, and this can be a seriously tough battle. In this guide we'll teach you how to beat Odur in Thymesia by staying aggressive so you can rapidly batter down this evasive enemy's health.

The Thymesia Odur boss fight is a two-stage battle. The second phase is far more deadly thanks to his moveset expanding to include an unblockable attack. Thankfully, the general approach to beat Odur in Thymesia is the same in both phases: stay close and stagger him as often as possible. Before you jump into the Odur boss fight, we recommend unlocking the five-hit combo for your saber and multi-hit predator claw upgrades.

You cannot stagger Odur during one of his attack sequences, but hit him between them and you’ll be able to chain a series of attacks before he parries and either leaps backwards or prepares a kick. You’ll need to practice your parries to make use of the processes below. Also be aware that while Odur turns invisible, he is still vulnerable to damage, meaning you can finish him during his dodge sequences.

How to beat Odur's first phase in Thymesia

Start the Thymesia Odur boss fight by immediately sprinting toward Odur and unleashing a flurry of saber strikes. If you run fast enough you’ll catch Odur before he can attack. Odur will parry your fourth or fifth hit, following up with either a jump back or spin on the spot to prepare a kick. These are the only two moves you need to worry about if you time your parries well.

So long as you stay close to him, you’ll only need to learn to parry these two moves, making the entire fight much easier. In either case, immediately start hitting him again with sword strikes. On the fourth hit, Odur will parry again and repeat the kick/jump counter. The whole process should look something like this:

You can repeat this cycle until his entire armor bar is gone. At this point, swap from pure saber strikes to unleashing a claw strike (two if you have the upgrade) followed by sword strikes until Odur parries again.

Repeat this process until you’ve taken out all of Odur’s health. If you lose the sequence, wait for an opening to start your sword strike sequence again and repeat. Once his health is down, make sure you use an upgraded claw strike to steal his Plague Weapon which temporarily grants a massive boost to your dodge speed an invincibility frames.

How to beat Odur's second phase in Thymesia

In Odur's second phase, he will begin throwing in a few extra attacks to most of his basic sequence. The main things to watch out for are his green attack and unblockable red attack.

For the unblockable red attack, you should immediately break lock on and sprint away from Odur to escape his range. Wait for Odur to sheathe his sword before you approach again, as the sheathing also unleashes a damaging shockwave.

Odur’s basic attack combo sees him turn invisible and run to your right, He’ll dash sideways, then directly toward you before unleashing a sequence of five hits. The final two hits are a faster pair of sword swings.

If you don’t feel comfortable parrying, you can avoid pretty much the entire sequence just by dashing backwards when he zooms towards you. Keep dashing backwards until he performs the two final rapid hits. After that, move in to attack and stagger him.

At the opening to phase two. Immediately sprint forward and to the side of Odur’s position. If you approach directly, you’ll be briefly stunned as he teleports. If you run to the side, you won’t be, allowing you to run directly to his teleport position and start attacking immediately.

Repeat the process detailed in phase one, but be prepared for some extended counter moves. If Odur jumps back for his sword slices, he’ll now do one extra swing after a brief pause following the two hits. Parry all three and you can chase his leap back with a claw strike to unleash a full attack combo on him.

If Odur kicks, he’ll follow the single kick by switching foot to unleash two more kicks and a cane sweep. Dodge backwards to avoid the kicks, then dodge towards him on the cane to close the distance. Focus on dodging the cane above all else, as this is where the bulk of his damage lies. Again, chase with claw attacks to close the ground again.

Odur will leap back after each of his counters, so in this phase use claw attacks to rapidly close in on his position before following with sword combos. Odur’s basic combos don’t deal loads of damage, to don’t worry if you get hit by a few light attacks. You can almost always avoid the final, heavier hits by dodging away from him as needed.

Stay aggressive and you should be able to take Odur down at rapid pace, earning yourself Odur’s Core and a Forgotten Feather along with 2750 points to spend on leveling up.

Once you've learned how to beat Odur in Thymesia, you'll be ready to move on to the Royal Garden. At the end of that you'll face the monstrous Hanged Queen. Read our guide for taking her down here or check out our general tips and trick for Thymesia for more useful advice.