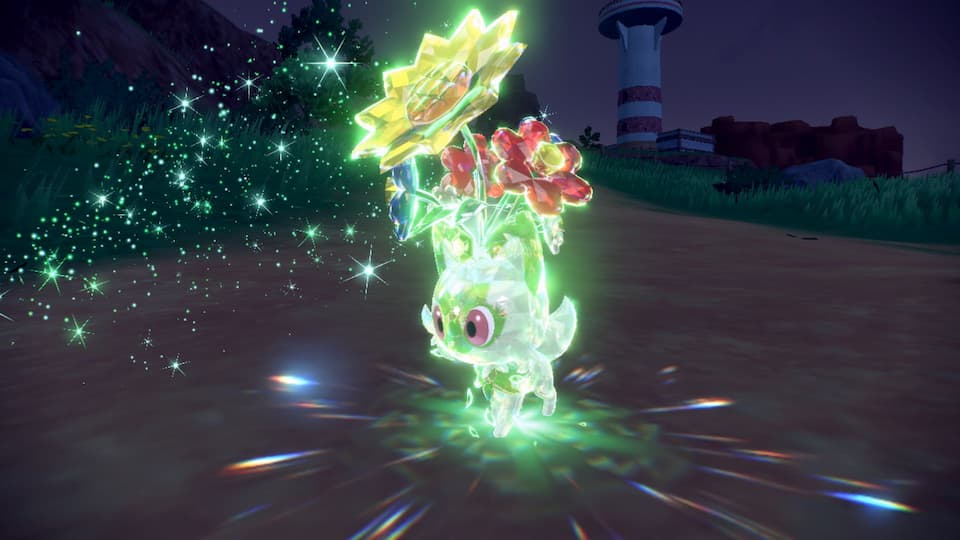 Delete the Erdtree and your Elden Ring frame rate will reach for the sky instead.

Revealed in today’s Pokémon Presents broadcast, Pokémon from the Paldea region can Terastillize, converting their bodies to a glistening crystalline form. Activating this form increases the power of a Pokémon and, more intriguingly, can even allow it to change type temporarily.

The type a Pokémon will swap to when they Terastillize depends on its Tera Type, a unique stat for each Pokémon. Players will need to search the wilds for Pokémon with rarer Tera types. These are more likely to appear during Tera Raid battles, which players will be able to take on with up to three other trainers.

Tera battles will allow individual players to attack in their own timing, without waiting for their allies to take turns first. Coordination and good timing will be the key to success. Succeed in a Tera Raid and you’ll have the chance to catch the Pokémon you’ve been battling and add it to your collection.

The Pokémon Present broadcast revealed plenty more information about the Paldea region and Pokémon Scarlet. In partnering with a Legendary Pokémon (Koraidon in Scarlet and Miraidon in Violet), players can freely explore the world. Both Koraidon and Miraidon are capable of transforming between grounded, swimming, and flying forms. Miraidon, the more futuristic of the two – pointed to by mirai meaning future in Japanese – literally activates wheels to traverse the ground, and jet engines for the skies.

The plot for the game sees the player joining a prestigious Pokémon academy before being sent out on a treasure hunt across the land. Gym battles are free to be taken on in any order, with eight total needing to be beaten to prove yourself a champion.

Pokémon Scarlet and Violet will also let you join up to three friends in the open world. Stop by a Union circle and you can invite friends to enter your world. It looks like you’ll be able to use emotes and even snap selfies with your friends while out and about in the world.