Learn the best beginner characters in MultiVersus you should start with and unlock before moving on to the rest of the cast. 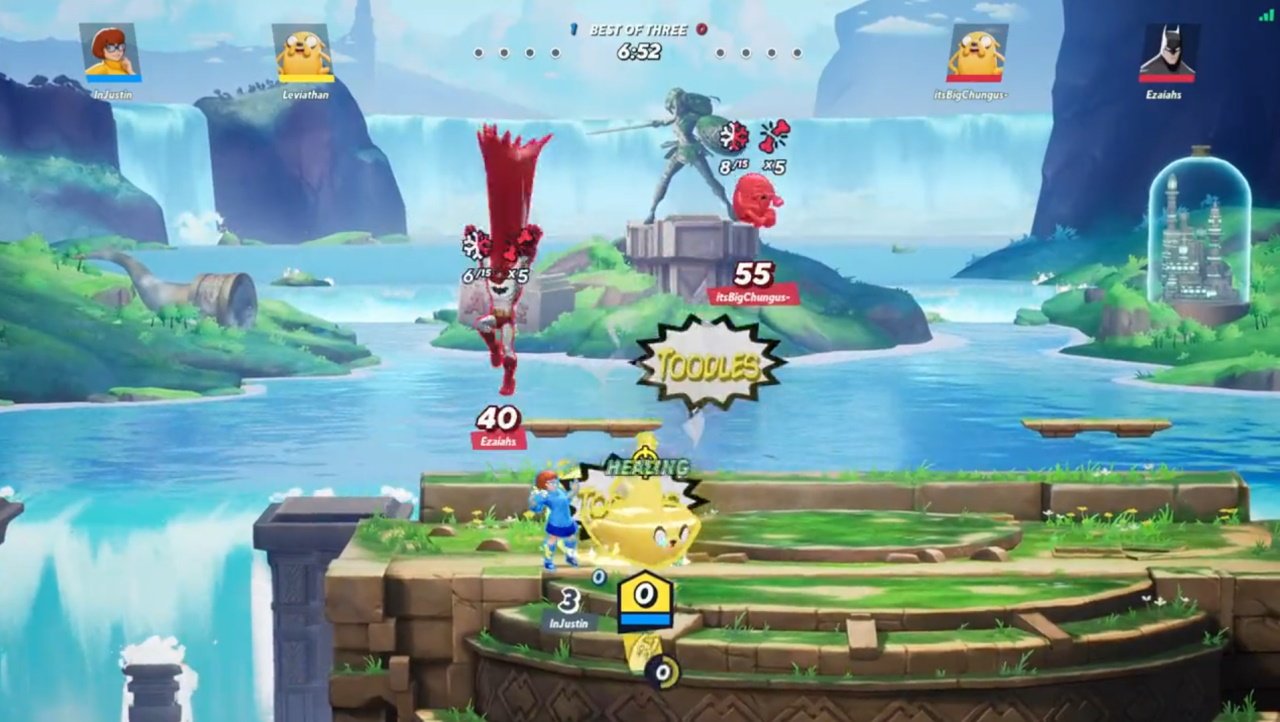 It’s only been a week since MultiVersus launched into open beta, but players are already worming their combo-loving fingers into the cracks of the paintwork. It wasn’t long ago the players were bemoaning the eternal spins of Taz, but now new and even more disastrous attacks have begun to raise to the fore.

This time the culprits getting their hands dirty are Velma and Jake – two characters which make for a solid combination on paper, and a deadly one in execution thanks to this unintended and entirely janky interaction.

As shared on Twitter by professional player Leviathan (thanks VG247), Velma can combine with Jake to spawn an endless barrage of homing, near-impenetrable projectiles. Good luck using your gadgets to get you through that one, Batman.

Usually, Velma can only fire a limited supply of speech bubble projectiles before being forced to wait for a cooldown recharge. However, thanks to an odd interaction, her bubbles reset without cooldown if they hit anything classed as a wall. Jake, it just so happens, has a down special which transforms him into an object the game identifies as a wall. Keep him refreshed with Velma’s cooldown reduction down special and the pair can unleash a ridiculous torrent of attacks with minimum effort and without reprieve.

The result is a a yellow boat with eyes churning out "TOODLES" messages which deal hefty damage to the opposition. The bubbles have a limited range and, being projectiles, are ripe to be reflected by certain attacks. It’s not flawless, but it is hilarious and irritating.

It’s obviously an unintentional interaction, and one that’s likely to get tweaked in due time by developer Player First Games. The trouble is that MultiVersus is due to appear at this weekend’s EVO 2022 competition in its first open beta tournament bracket. There’s a chance that this could be patched out ahead of the weekend, but it’s unlikely that every pro or amateur pair entering the $100k tournament has shared their broken discoveries online.

We’ll have to wait for this weekend to roll around to find out whatever sneaky strats are lurking in the MultiVersus open beta. If you're looking to practice your own skills, check out our tips and tricks guide for some more legitimate advice to improving. We also have a dedicated Velma MultiVersus guide that'll get your ahead using more conventional smarts.