You can even film your ridiculous flailing with a connected camera. 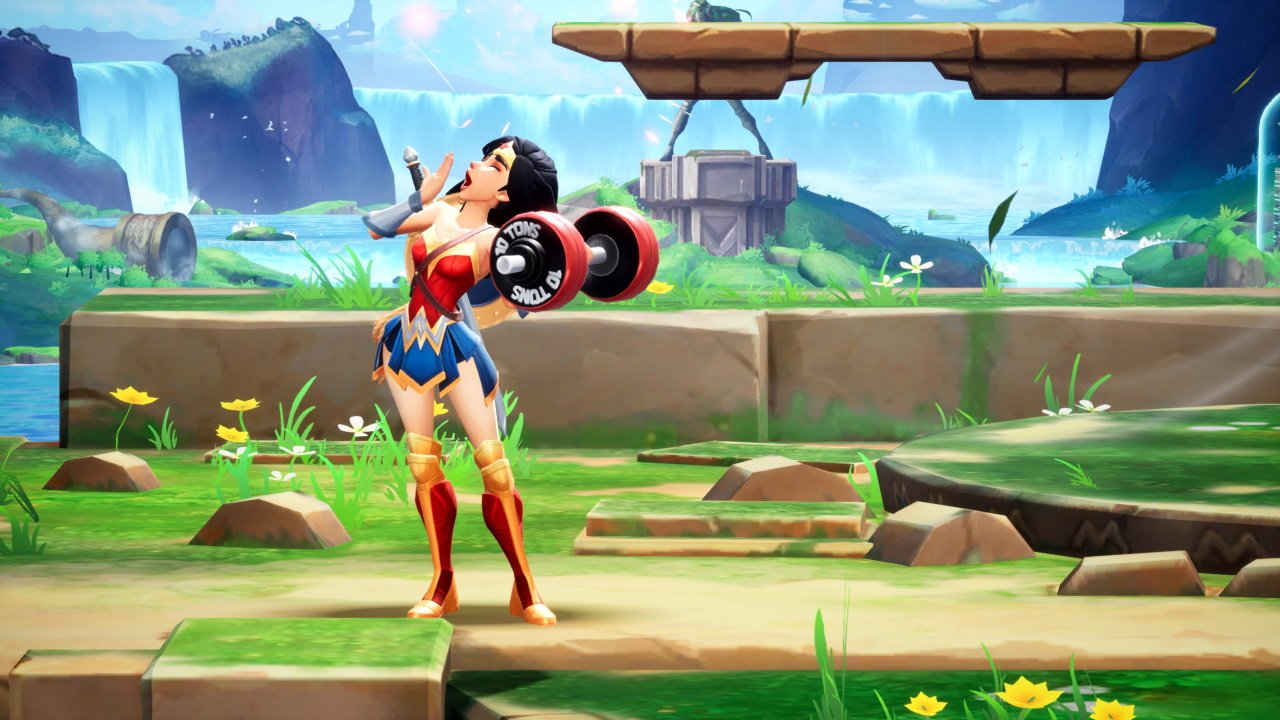 Even Super Smash Bros stalwarts are likely to feel a touch out of place in the 2v2 mayhem of MultiVersus. Whatever your experience before getting started, there are some key MultiVersus beginners tips to learn that the game’s basic tutorial won’t teach you. Here are 9 MultiVersus tips and tricks that everyone should know.

The MultiVersus tips below include advice for gameplay and for how best to progress through character mastery and other mechanics. Even if you’re feeling confident of your skills, you should still follow our MultiVersus beginner’s guide.

Coming to MultiVersus from a legacy of Smash games? You can make the jump easier with a few subtle adjustments. One of the simplest is to swap the neutral and side attacks by ticking the option shown above in the game’s settings. This will bring your attacks and movements far close to Smash’s defaults, but don’t feel obligated to do so. It doesn’t take long to learn MultiVersus’ standard control scheme, and it works well once you get going. It’s also possible to reassign the entire sequence of buttons, or opt for the UI to have fixed damage indicators in the same style as Smash.

2. You can cancel attacks

Okay, here’s the complex part. MultiVersus’ combo system is an interesting thing, mixing Smash’s free-form chases with the ability to cancel certain attacks into one another. It might sound a bit much, but the basic setup is simple.

The side regular attack of most characters (neutral attack if you’re using the Smash setup listed above) unleashes a multi-hit sequence, typically around three strikes in length. Here’s what we’re referring to:

Great for bashing people away, but even better when you realize that you can cancel it. After the first or second hit for most characters, you can input pretty much any other attack in the game, including up specials, jumps into attacks, or charged hits. Here’s Wonder Woman canceling her side attack string into an up special for a ring out:

Instead of just mashing the attack button when you start landing these hits, think about which move you want to land next. The ability to cancel this combo means you can set up kill moves, pre-empt dodges, and start mixing up your attacks in ways your opponents won’t expect.

4. Prepare to fight off stage

If you really want to excel in MultiVersus, you’re going to need to be comfortable fighting over the edge. With every character capable of performing two up specials, two air dodges, and a double jump (or two with the right perk combo) before landing again, characters can survive quite comfortably when knocked off stage. As such, leaping off to edgeguard your opponent by fighting them off stage is a crucial skill – one that’ll set you apart from the bulk of competition.

You’ll regain your jump just by touching the wall side of the stage, so don’t be afraid to leap off and attempt to spike and strike your opponent as they recover from a meaty hit. Just make sure you’ve practiced your own recovery moves in case the tables turn unexpectedly!

Yes, you've already finished the basic tutorial and we know you want to get straight to punching Steven Universe in the face, but trust us, a bit of time in the advanced section is worth it. The advanced tutorials will teach you the fundamentals of systems like wall slides, dodge jumps, and even directional influence. They’re quick, relatively painless, and worth blitzing through to get a very brief look at some of the new mechanics MultiVersus brings to the platform fighting genre. Worth noting: the Knockback Influence tutorial is bugged at the time of writing, so don't expect to finish that one.

One of MultiVersus’ odd decisions is to restrict key mechanics behind individual character mastery levels. You’ll gain the ability to equip Ally Perks for that character at level 6, and the option to Train Perks at level 9. All characters offer rewards up to level 15, and ideally you should get them all there in the long run.

While you’re learning the game, it’s well worth putting the time in to reach the first of these marks with each starting character. So long as you’re at level 6, you can borrow the perks of anyone you partner with in 2v2 matches, making swapping to play them in future a far more pleasant experience. Perk sharing is an essential part of 2v2 play, as it unlocks upgraded versions of perks that boost your power further. You’ll also gain rewards of Coins and perks unlocks as you go, which is crucial because…

7. Buy perks after you unlock them with another character

Perk Training is MultiVersus’ main way of unlocking perks for each character. It will, however, cost you Coins each time. Perks that you’ve already unlocked on another character are cheaper, however, so you can save yourself a large chunk of Coins by unlocking Perks via Character Mastery before you start splashing out.

8. Save your Coins and try characters for free in The Lab

Unless you’re looking to purchase skins or other cosmetics, the bulk of MultiVersus’ content is unlocked via Coins. You’ll earn a tidy sum of these for completing the introductory missions and early Character Mastery levels (another reason to level up everyone) but the pace slows down dramatically beyond that. As such, it’s best to save your early supply of Coins for the purchases you really want, which will most likely be characters.

The good news is that you can try MultiVersus’ cast in the game’s Training mode, The Lab, for free. This is a great opportunity to test out a character’s toolset before you consider splashing out on them properly. Don't gel with someone? You don't need to waste  several thousand Coins unlocking them from the roster!

MultiVersus includes a huge range of oddly named status effects that characters can inflict on you. So before Taz turns you into a roast chicken again, understand what’s going on by checking the game’s Glossary, available from the left bar on the main menu. We also have a full list of MultiVersus Status Effects here to scan through.

Here you can find a full list of all buffs and debuffs in the game, explaining exactly what they do to your character. Make it a first port of call the next time you’re faced with an attack that you don’t understand.

Discovered any other MultiVersus tips you’re desperate to share? Give us advice in the comments below! We also have dedicated guides to characters like Velma and Wonder Woman that'll teach you the combos needed to claim victory.