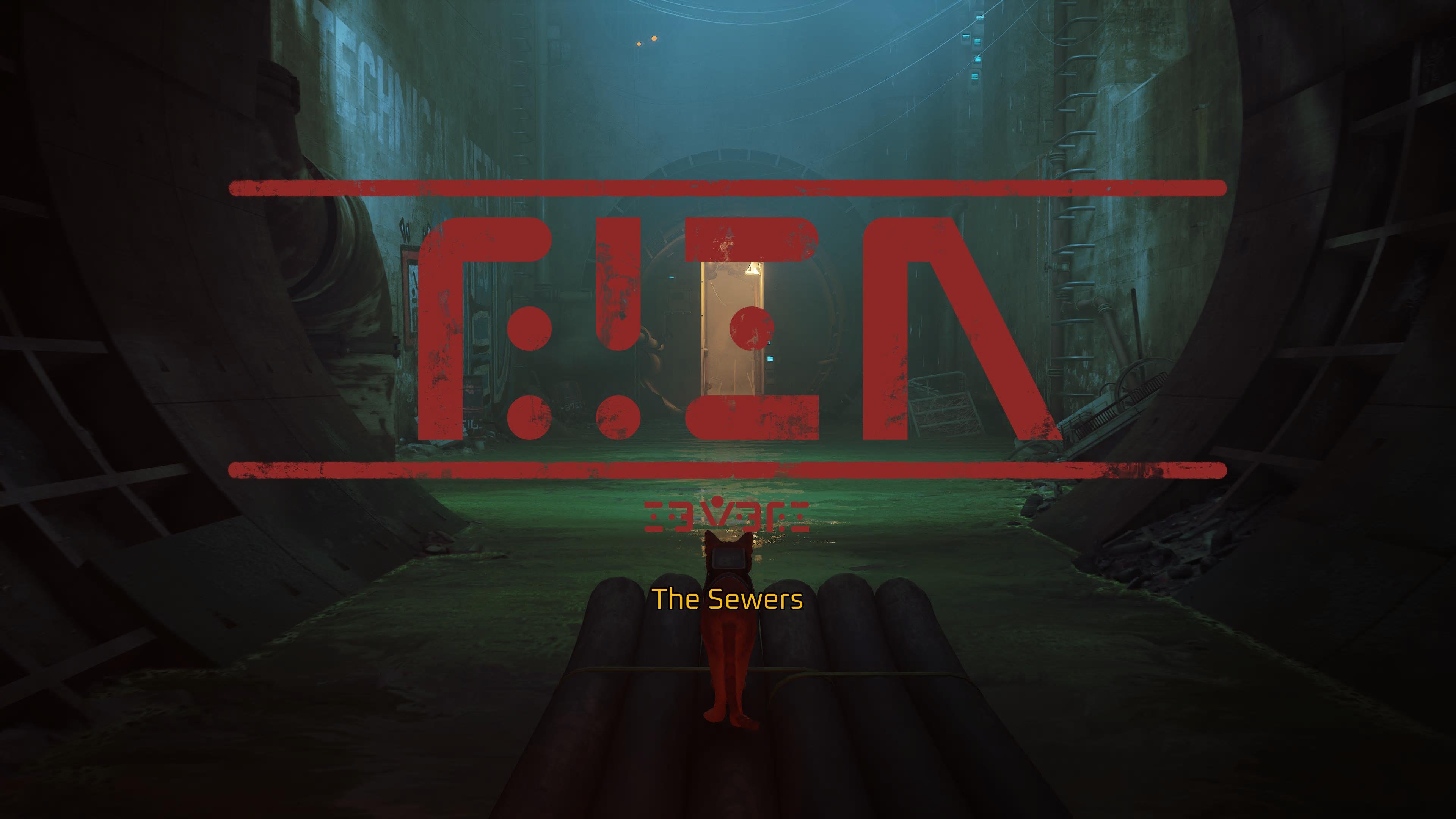 You can even film your ridiculous flailing with a connected camera.

Just a week after release, Stray’s written language of the droids has already been decoded.

Rather than concocting a full new language, Strays developer BlueTwelve made use of substitutions, swapping out English letters for equivalent symbols instead. The challenge to decode the full alphabet was then taken up by Half-Glass Gaming’s Josh Wirtanen. Along with the help of a few others, Wirtanen was able to piece together a full alphabet conversion from the game’s available texts.

The place to start was the game’s chapter titles, which helpfully come with English translations. As Wirtanen notes, however, the titles aren’t always literal translations. Your first arrival in The Slums, for example, is subtitled as such, but the translation of the red entry text reads “Home: Slums Part One”

Many of the characters are simply abstractions of the English alphabet, but some change them entirely. The “Home” part of the title is clearly readable once you know what you’re looking at, albeit with the E reversed.

Where Wirtanen found more help was in the many Sheet Music parts you can collect for the Slums musician Morusque. When handed over, you’re given a translated title in return – though even these don’t always match up perfectly. Adding to the challenge was the fact that several signs in the game are, for reasons unknown, upside down, and that several hand-written signs and text segments are simply the same chunk of text copied.

Eventually, however, Wirtanen was able to piece together an entire cipher for the language, even including variants for some letters. The results also reveal some entertaining details as to the world of Stray. These include a newspaper specifically titled Droid News, implying it had been produced separately from copies for humans, or indeed long after their demise. In another place, a bag simply reads “best bag”, which is a level of confidence we can definitely get behind.

Wirtanen has collected translations of all the game’s chapter titles to view here, some of which point towards the developer BlueTwelve, while others represent the theme of the chapter at hand.

With the cipher in hand, you can now jump in and try your hand at deciphering the many signs and storefronts in Stray for yourself, though be prepared to rotate a few before you can figure out what they are! For more on Stray, read up on how the game captures the feeling of feline explorations perfectly.