Preorders are a go. 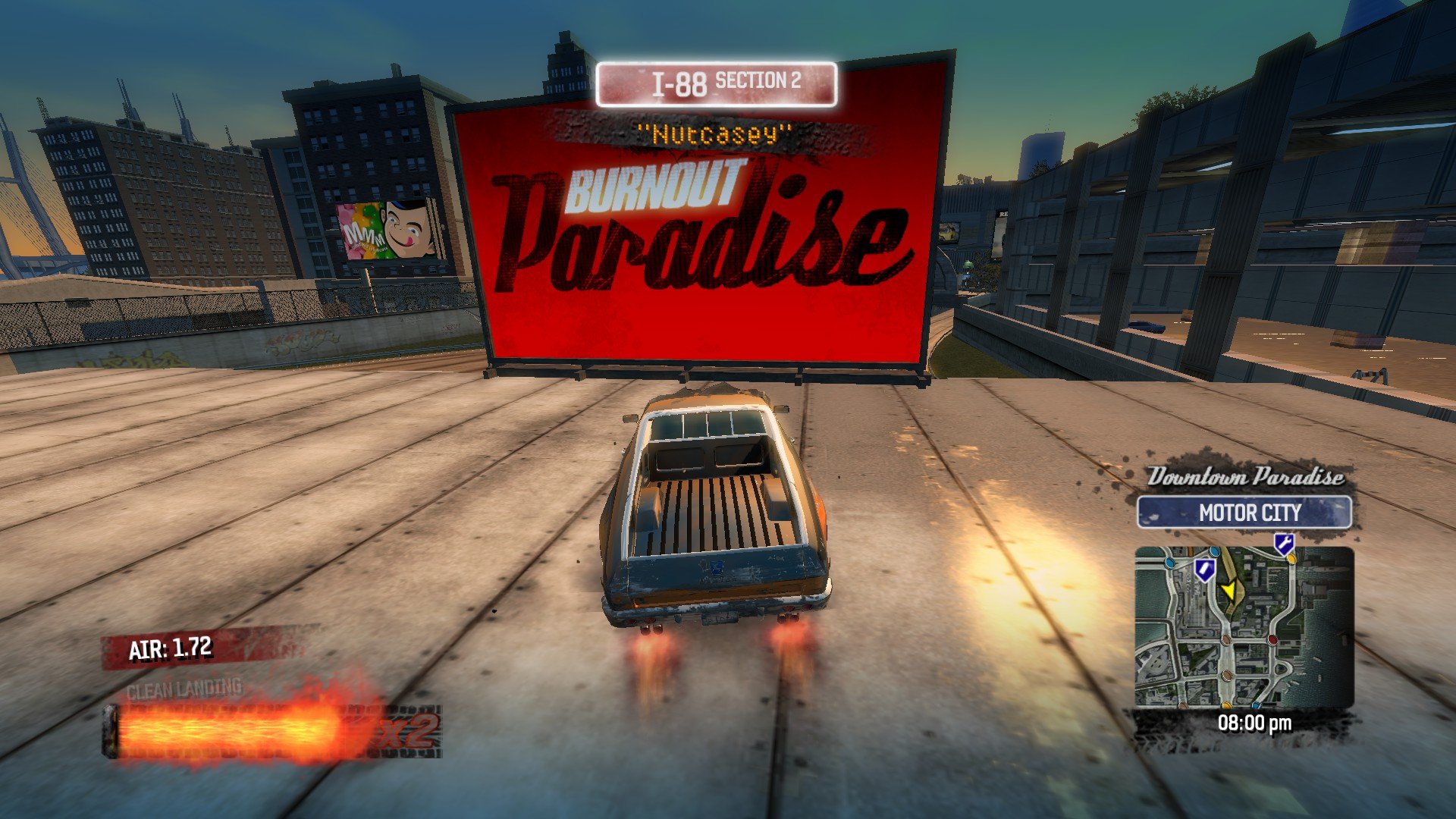 Burnout Paradise Remastered puts the best racer of last gen onto our shiny new consoles next week, giving us another chance to rock out to Avril Lavigne while smashing our opponents into oncoming trucks. Another thing we're looking forward to smashing is all 165 billboards in the greater Paradise City area (including Big Surf Island) and luckily we still remember where they all are. So if you're looking for the locations of every billboard in Burnout Paradise on PS4 or Xbox One, we've got you covered. If you smash all 120 in the base game you'll earn yourself the Montgomery Carbon Hawker, an extremely slick sportster with a maxed out boost stat. So let's go hunting!

There are six main regions of the Burnout Paradise Remastered map, including the base game's five regions (Downtown Paradise, Palm Bay Heights, Harbor Town, Silver Lake and White Mountain) and the Big Surf Island DLC. There are up to 30 billboards in every region of the mainland and 45 on Big Surf Island.

The billboards that you need to drive through are red with the game's logo printed in the middle, and they glow and pulsate to make them easier to see in fog or darkness. A few of these billboards are in tough to reach places, so be sure to scout out jumps or other ways to get to the board itself once you locate it using these maps. For these jumps, you may want to use a car with decent stats such as a Hunter Manhattan to get the horsepower needed to reach them.

Once you smash a billboard, it will return a few minutes later in a partially broken state, which can make keeping track of which ones you've broken difficult. So be sure to use these Burnout Paradise billboard location maps to help you find those last remaining hoardings to smash.