Stray: How to get the Worker Jacket and Helmet

Learn how to get the Worker Helmet and Worker Jacket so you can sneak into the Factory in Stray. 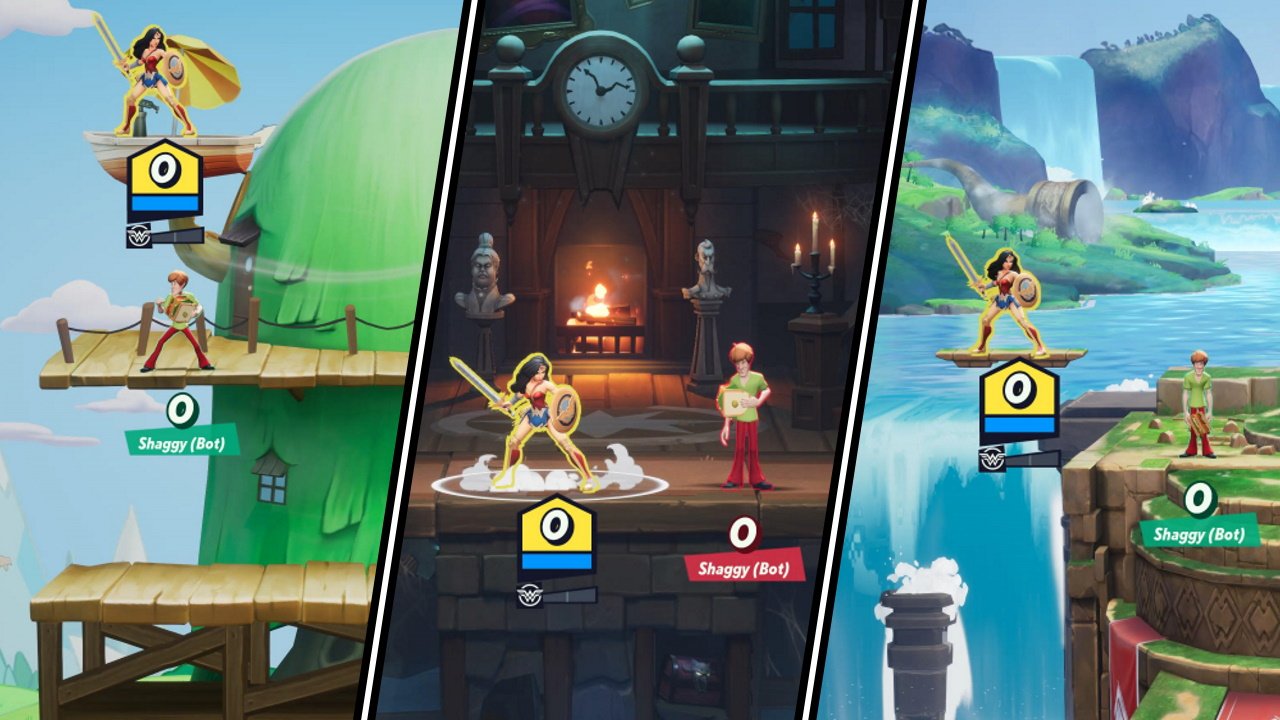 MultiVersus lets you engage in fisticuffs across stages from all manner of universes. All of the MultiVersus stages bring something new to deal with, and plenty more are expected to be added over the course of the game. In this guide we’ll include a full MultiVersus stage list, and also break down the defining characteristics of each stage.

Several stages include layout variants (see Sky Arena and Sky Arena Platforms) as well as shrunk down versions for 1v1 play. We haven’t included the 1v1 stages as separate entries.

The Batcave lets you duke it out in Batman’s iconic preparation cave. The stage features a central platform with two higher platforms at the edges either side. The side platforms can be temporarily destroyed when dealt enough damage.

SHOW ME WHAT YOU GOT! The Cromulons MultiVersus stage is your chance to take center stage and wow a giant alien head. Don't pretend you haven't been dreaming of this moment. The stage itself is a flat center level with two higher platforms atop the speakers either side. Enjoy the music while you play!

Enter Scooby’s Haunted Mansion and your smack, whacks, and whallops will no doubt go unappreciated by the grumpy spirits haunting it. The stage starts with walls on either side and a complete floor, but dishing out damage the sides and chunks of the floor, allowing ring outs to be secured in new directions.

Sky Arena might as well be Final Destination from Super Smash Bros. It’s a wide, flat level without any fuss going on. Good for direct showdowns.

Sky Arena Platforms is the same MultiVersus stage as the last one, but with three platforms introduced. The Battlefield variant, for any Smash fans. Expect plenty of juggling opportunities with the platforms allowing knockouts off the top more easily.

The least interesting addition to the MultiVersus stage list right now. Primarily used for training in the Lab, it’s a gray, gridded environment with red lines that outline the stage boundaries.

Tree Fort is one of the most complex of the MultiVersus stages. It features two main tiers of platforms, with two further ledges higher up on either side. Occasionally a tree will spring up on either side of the arena, adding an extra wall that fighters can bounce off.

Trophy’s E.D.G.E. looks to be the stock main stage for MultiVersus. The basic layout is a flat central stage with two smaller platforms which float in and out above the level. Use them when off the edge to chase and finish off opponents.

A variant stage, Trophy’s E.D.G.E. 2 splits the central platform into two chunks, suitable for splitting the game’s chaotic 2v2 fights up a bit. The stage retains the two moving platforms which shift in and out above the main stage. Spike opponents down in the center for unexpected early ring outs.

That’s the full MultiVersus stage list right now. We’ll do our best to update this article when more stages are announced and added to the game. Read up on the MultiVersus character roster here to learn more about everyone you can get stuck in with or against.