Stray: where to find the Worker's keys

Learn where to find the lost keys in the Factory so you can help the worker and earn a badge. 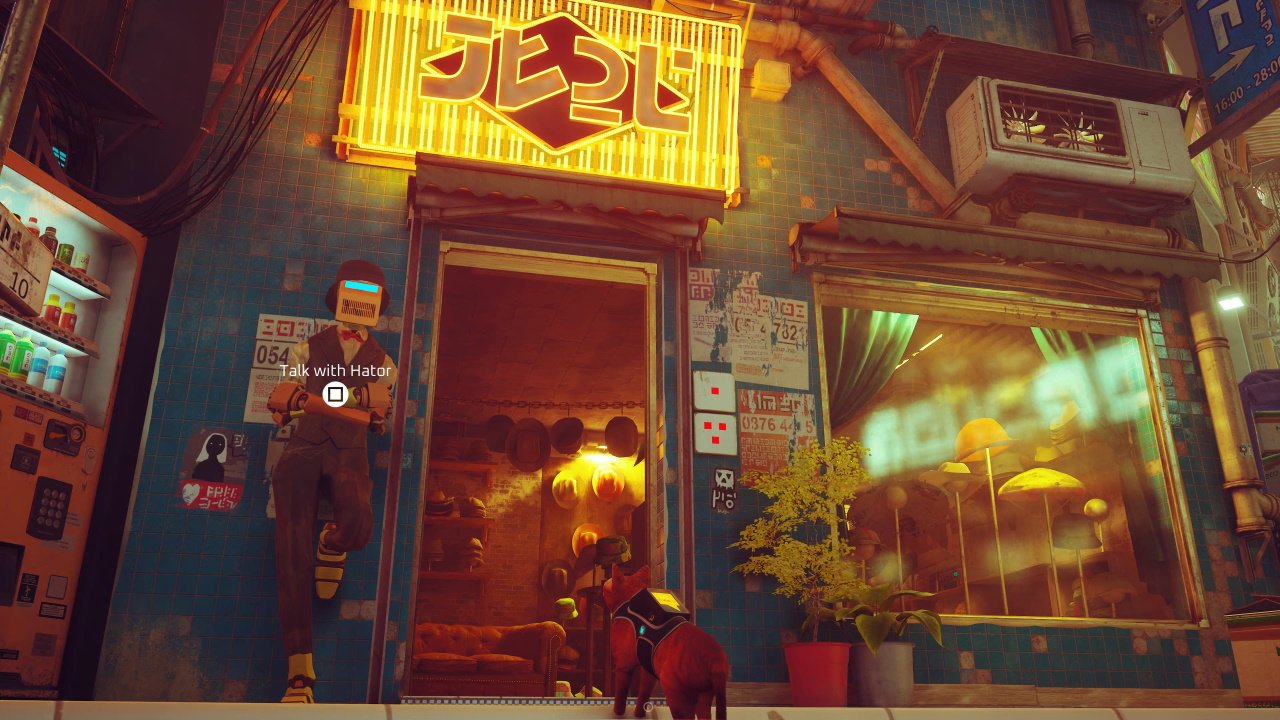 Stray: How to get the Worker Jacket and Helmet

Discover all MultiVersus stages you can battle on with our full list of levels!

Before you can infiltrate the Factory in Midtown, you need to get a Worker Jacket and Helmet in Stray. These key items require a bit of puzzle work to obtain, but in this guide we’ll walk you through the steps needed to find the Worker Helmet, secure a Worker Jacket, and sneak your way inside the Neco facility.

Stray: How to get the Worker Jacket

The Worker Jacket is being sold by the clothes store close to the central ring in Midtown. It’s easily spotted by the pink robot doing twirls in the reflection out front. However, the owner of the store is currently adjusting the outfit, stopping you from obtaining it. The good news? They don’t like loud music. There’s a tape player in the changing rooms at the back of the store, but first we need a tape to play.

Head back to the central ring and into the apartment complex with Clementine’s house. You’ll meet a group of hip robots on the ground floor here complaining about the security cameras installed in their home. To help them out, you need to go up one floor and jump on the three cameras to dislodge them.

Two are poking out over the central barriers, and a third is up high on the wall at the back of this floor. Climb to each of them and jump on top to break them. Once that’s done, return to the robot in the hoodie to get a Cassette Tape.

Return to the store and head into the back to play the Cassette Tape in the player here. This will distract the owner of the shop, causing them to come into the back to turn the tape player off. You can then run around to the front to get the Worker Jacket and make a hasty exit.

Stray: How to get the Worker Helmet

The Worker Helmet is held within the hat store at the central ring of Midtown, but its owner, Hator, won’t let you through the front door. You’re going to need to sneak in, but before you can do that, we need to wake up one of the store’s workers called Stuplachee.

The worker in question is sleeping off a drink at the local bar. It’s close to the entrance to the apartment block with Clementine’s flat, just look for the red neon sign as shown above. Head into the back room to find Stuplachee sleeping at a table.

Jump up onto the shelves around the wall of the room and you can interact with a crate of beers to knock them off onto the sleeping worker’s head. He’ll then make his way back to hat store.

Once Stuplachee arrives at the store, the pair will begin carrying boxes inside. Hop inside one of the boxes while it sits on the floor and you can get carried into the store. Once inside you can open a shortcut by batting away a post holding up a small vent.

Now that you know how to get the Worker Jacket and Helmet, hop inside his box and he’ll then carry you into the factory where you can help a worker find his lost keys and also complete the factory battery puzzle to progress the story - don't worry, you'll return to Midtown before you're finished here for good!