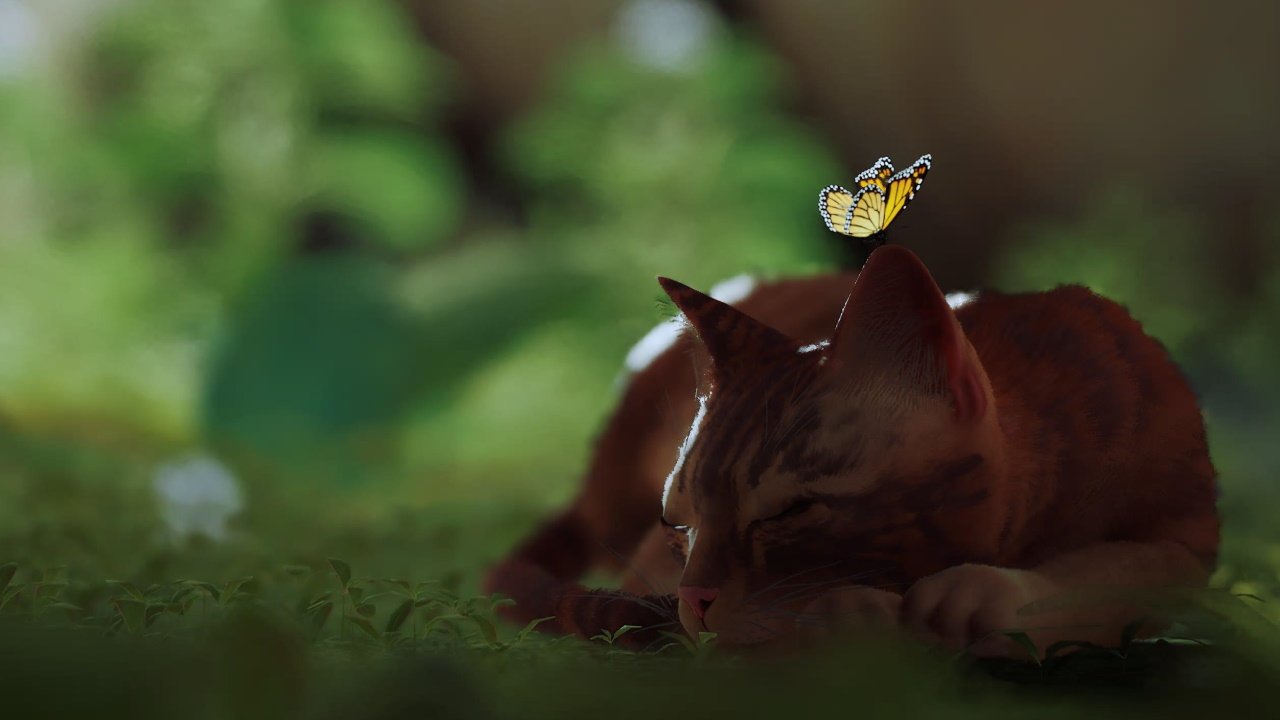 Stray is the first game to capture cats purrfectly

Don’t get us wrong - our feline friends are brilliant and absolutely worthy of our adoration. But we also kind of love them for being such dicks. Having spent several hours batting paint cans off ledges in Stray, however, we’ve had to reassess just how maliciously they’re minded. Because seriously, who knew knocking things over could be this much fun?

Stray isn’t just a game for cat lovers. It’s clearly one made by them too. There are loads of games that feature cats, plenty more that’ll let you control animals or even gargantuan, inhuman monsters. But seldom do any actually grasp the essence of the creature at your command. Stray has cats down to a scratched-up, laser-pointer-chasing T.

For those who’ve lived with cats, the love is evident from the get go. It’s in how our ginger protagonist stretches themself after a nap, how they bat at anything small and questionable, that awkward get-this-off-me waddle performed the first time they’re given a harness.

There’s even a dedicated meow button – a concept that is somehow even better in execution than it seems on paper. Play on PlayStation and you'll be treated to those adorable mewls and purrs directly from your controller.

What really sets Stray apart is the movement. You can prowl and dash through environments, yes, but for cats, verticality is everything. Approach a surface within jumping height and you can leap up at the tap of button prompt, smoothly gliding between platforms, ledges, and banisters.

You’ll soon find yourself gravitating towards the walls in each environment, assessing their scalability at each moment. Useful for escaping the game’s insectile hordes of Zurks, but also just very Cat.

The game’s best area, the Slums, is a paradise for pussycats. From a human (or indeed robot) perspective, it’s little more than a few cramped streets under an oppressive black sky. But for a cat? The vents, vending machines, and overhanging rooftops meld into a literal playground of exploration.

Moving from one place to another isn't just about holding the analog stick in the direction of a compass point or marker. Scrabble up this wall and slink along that veranda and you’ll soon find yourself atop the playable world, ready to survey and path through your surroundings. There’s no in-game map, and inquisitiveness is rewarded above all else.

Interaction and puzzle solving takes the same philosophy. Barring a UV-light activated by AI drone-pal B-12, the bulk of Stray’s mechanics put the feline first. Knocking things off shelves, scratching at doorways, even jumping into boxes. All of them find practical purposes at certain stages in the game, but you’ll be doing them plenty before and after for simple satisfaction. And when you need a break? Nestle down at one of the many zen-like catnap spaces to enjoy mellow tunes accompanied by a bassline of soothing purrs.

More than just play like one, Stray is a game that’ll make you think like a cat. And yes, that sometimes means dropping a tin of paint on someone’s head. We’d say sorry, but that’d imply we weren’t planning to do it again.