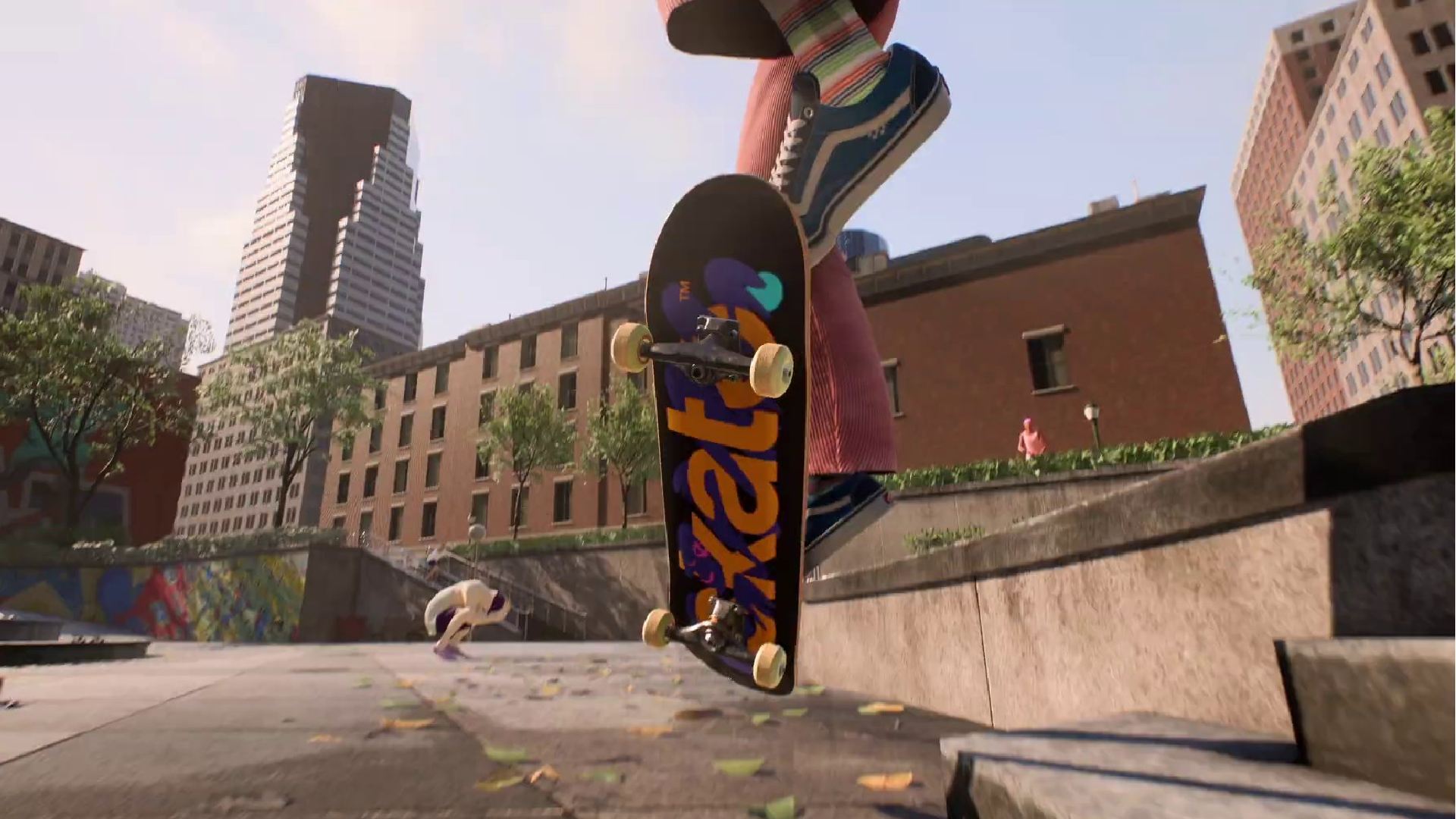 Skate 4 is now just skate. and it will be free-to-play

EA's newest entry in the skateboarding series Skate is taking things down a notch, dropping the presumed 4 from the title and the capital S, as well as a price tag altogether.

skate. – as it is now known – will be a live service free-to-play game, supported by microtransactions that focus on cosmetics and 'convenience' EA has said today in an interview with The Verge.

The game will release on PlayStation, Xbox and PC with cross-play and -progression between all platforms, with a mobile version also potentially on the cards.

Players will be able to build parks and areas together using the returning park editor, and skate around in them in multiplayer, currently called 'CollaboZones' by developers Full Circle.

Some of the very early alpha footage seen of skate. last week showed some of these collaborative creations in action, such as the extremely tall pachinko-board style park that dozens of players flailed their way down in the video.

As for the microtransactions, the design philosophy around them appears to be veering as far away from gameplay-altering upgrades and more towards seasonal drops and live events for cosmetics. Hopefully you don't have to pay $3 to unlock an impossible flip then.

You can sign up to play skate. in whatever form it finally arrives in by heading to the game's site.