Grab some friends and these games are a real racket. 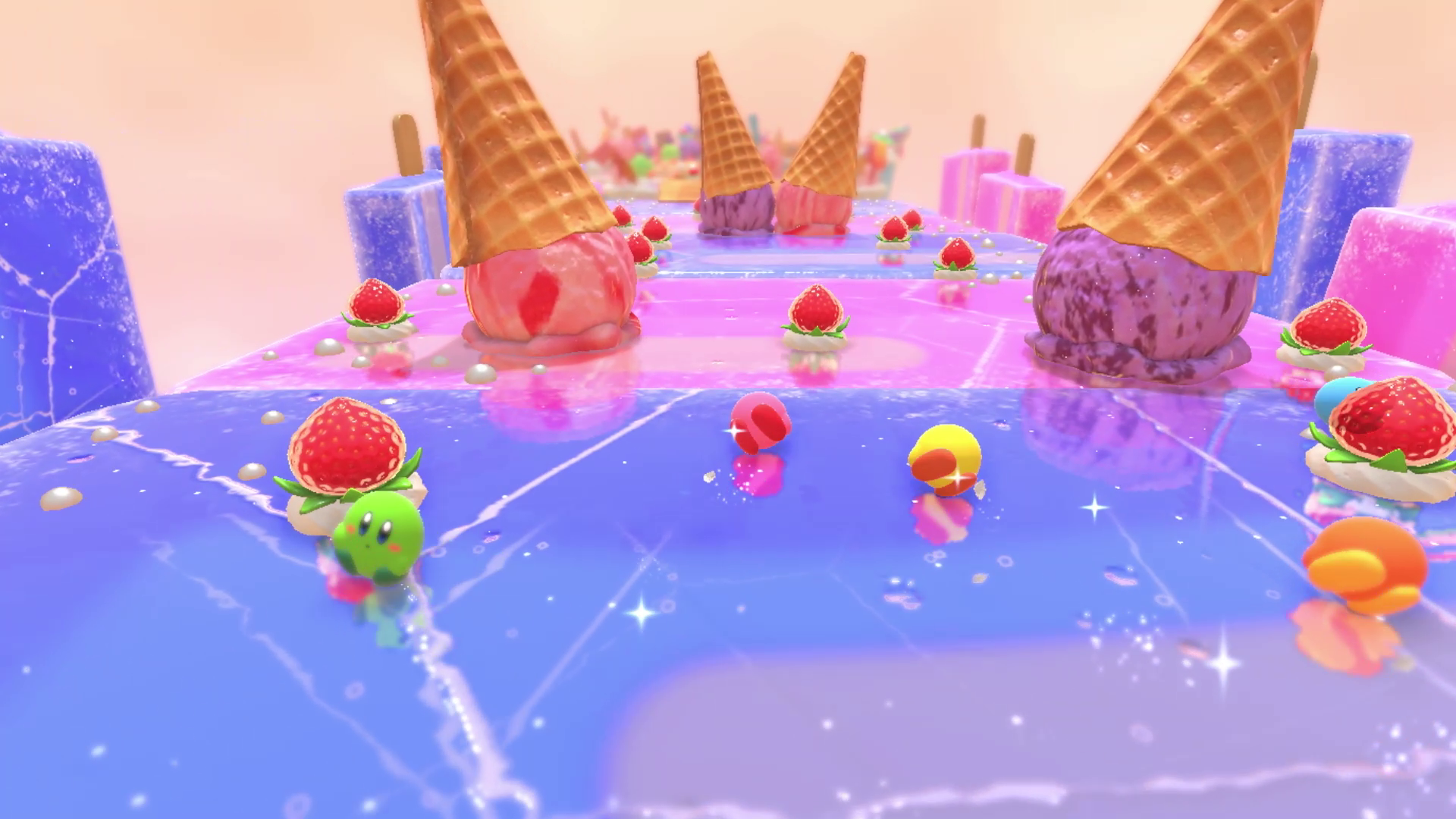 Find the best Prime Day deals for discounts on gaming headsets, keyboards, and more from HyperX and HP.

Kirby's Dream Buffet is a multiplayer race-slash-eating competition due out on Nintendo Switch this summer, according to a delicious new trailer released today.

The game pits you against other human racers, rolling their own colorful Kirbs around a course and gobbling up whatever treats they come across, including power ups and special items. The winner isn't just the one who crosses the finish line first, as each Kirby is weighed to determine the true king of eating at the end, and the larger you are the faster you roll downhill anyway. It's all about racking up that calorie count.

Your opponents can be on the same local console or online, if you're signed up to Nintendo Switch Online of course, and the colorful madcap races also put in mind Mediatonic's unfathomably popular Fall Guys which recently went free-to-play and clocked up 50 million players.

You'll be able to download Kirby's Dream Buffet sometime later this summer from the Nintendo Switch eShop, it's unclear if it will also be free or a slightly lower than premium price like other Kirby spin-offs including Kirby All-Star Allies.

You can read more about Kirby's Dream Buffet on the Nintendo site, though there's surprisingly few details out for something that is launching in the next few months. We'll find out more when it drops onto our plates soon.