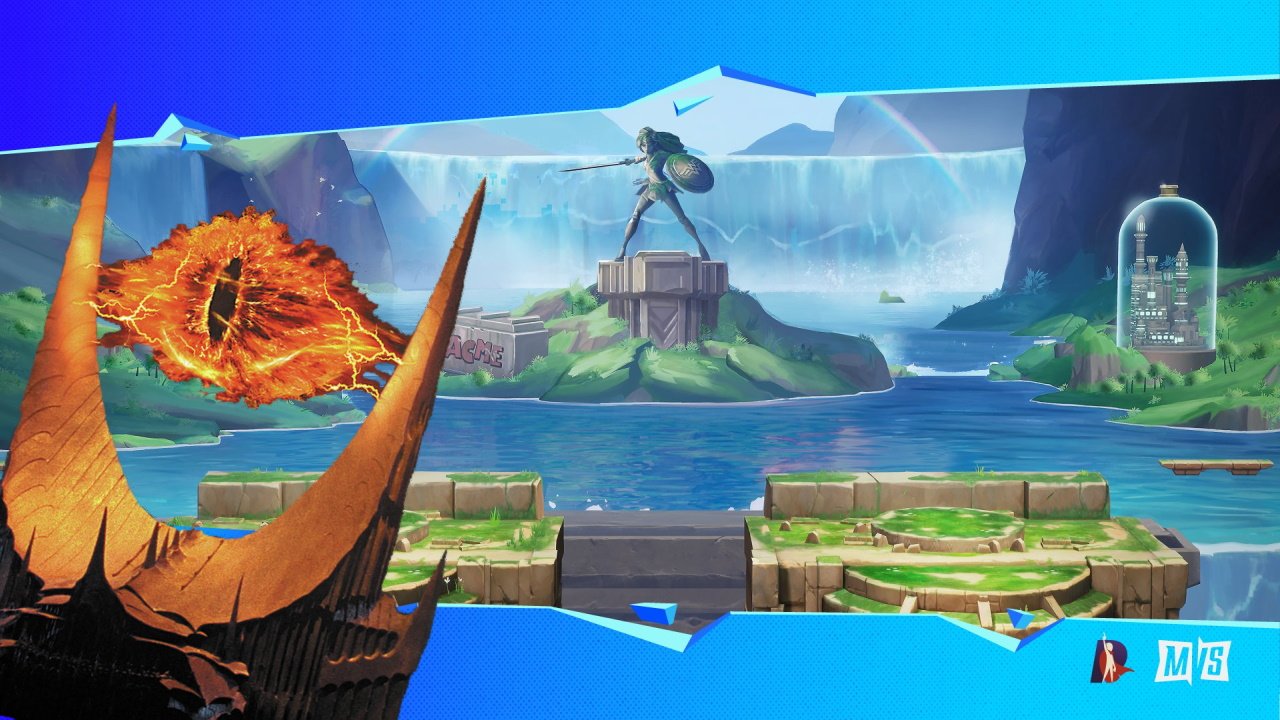 The PC alpha for the sci-fi shooter will go live in NA, Europe, and the UK.

MultiVersus appears to finally be teasing the inclusion of characters and environments from the Lord of the Rings.

News on the Warner Bros franchise-mashing fighting game has been slow since the end of MultiVersus’s promising yet concerning beta in May. Following a post on July 1st about the game’s EVO tournament, updates been absent entirely, without news regarding the game’s launch or proposed open beta phase this summer.

Until today, that is. Posted without fanfare to official Twitter account are a pair of images ostensibly just showing different layouts of MultiVersus’s Trophy’s Edge stage. The message accompanying the images, however, has led some to look a little closer.

Trophy's E.D.G.E. is the perfect place for a game of I Spy #MultiVersus pic.twitter.com/IstCEpUhl0

“Trophy’s E.D.G.E. is the perfect place for a game of I Spy,” the tweet reads, including a large eye emoji.

Stage shapes aside, the clear difference between the two images comes in the reflections visible in the water of Trophy’s Edge 2. As spotted by Twitter user DwonkT, there’s a distinctive orange glow to the reflection down and right from Wonder Woman’s statue. Disrupted by the shimmering water, this could well be the glowing red eye of Sauron, watching over the stage from the background of the image hidden above. What do you think?

Given leaks for the game have already heavily pointed toward the inclusion of Gandalf (along with many others), there’s a good chance that this is a legitimate nod towards The Lord of the Rings characters entering the fray. This tease could even hint towards his arrival in the upcoming closed beta. A wizard is never late, after all.

That means we could well see Gandalf slinging spells against Arya Stark and teaming up with the Iron Giant when the game finally launches. With Warner Bros’ many licenses, there’s plenty of room for the confirmed character roster to expand significantly before and following the initial release. The likes of Godzilla and Ted Lasso have already been teased, alongside Rick & Morty, Raven, and Fred Flintstone.

MultiVersus has yet to receive an official release date. An open beta was scheduled to go live in July, letting everyone get to grips with the game’s fundamentals and online competition. There’s been no word yet on when that’s expected to kick off, however. Progress in the open beta is expected to carry over to the full launch, meaning any characters unlocked will still be available.