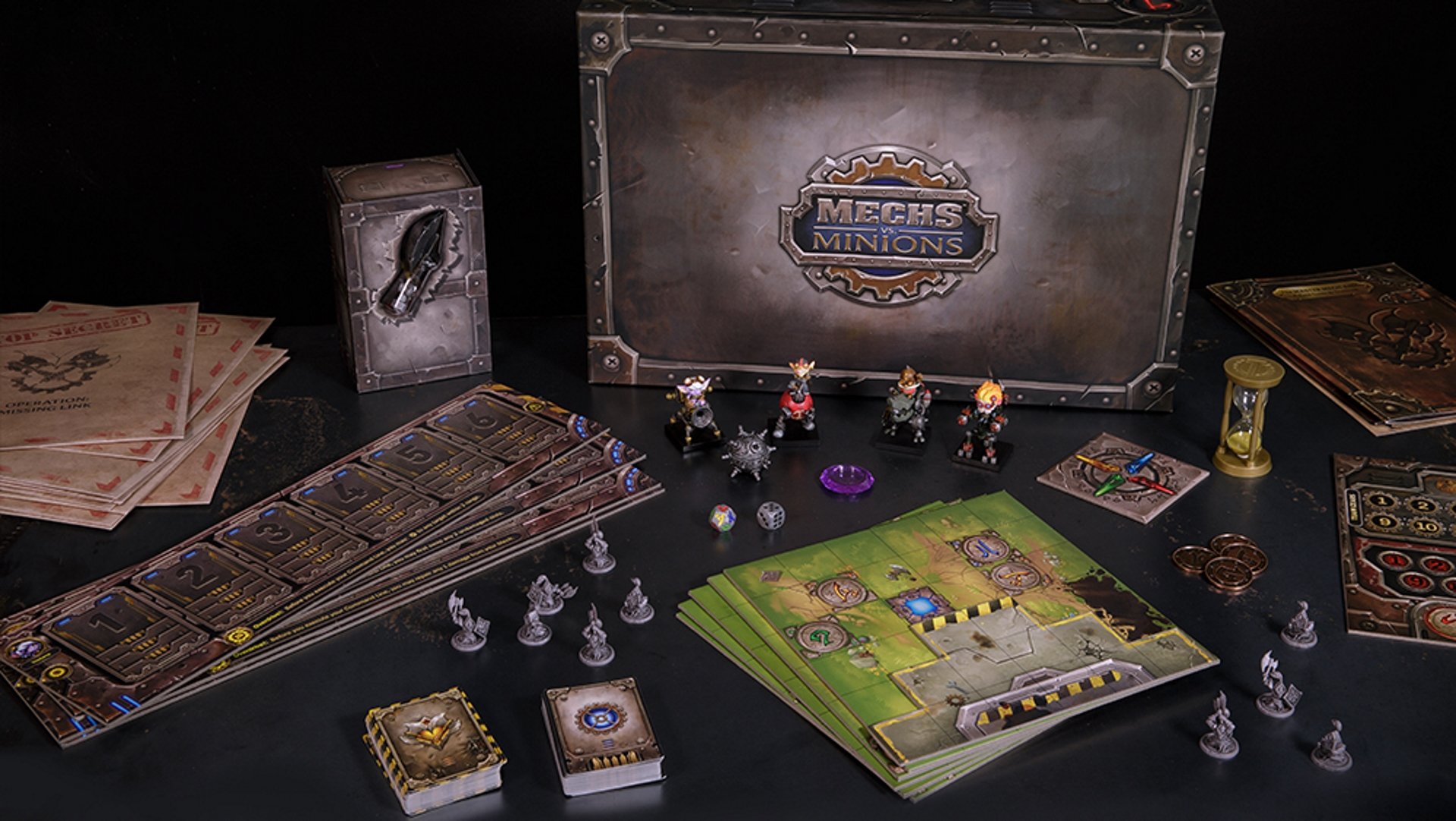 As much as we love our virtual hobby, gathering a group of friends round a tabletop game offers a unique social experience that video games have largely lost. Interest in board games has rocketed over the last few years, and unsurprisingly there’s a healthy overlap between board and video game players. Last week we ran through the best digital versions of board games, but there’s plenty of action available on the flip side of the coin, too. In fact, there’s enough shared appeal to warrant tabletop adaptations for many of our favorite series — and some of them are pretty darned good. Here are the best board game adaptations of video games.

XCOM: The Board Game

How could a board game replicate the intense, tactical stress of Firaxis Games’ brilliant XCOM: Enemy Unknown? By making the players’ lives hell. In a good way, mind. XCOM: The Board Game throws up to four players into different roles in the alien-fighting organisation and asks you to defend the Earth.

The Commander, Central Officer, Squad Leader and Chief Scientist each have unique tasks they’ll need to perform each round that, on paper, don’t seem too challenging. The key here is that XCOM: The Board Game is played with a companion app that sets a dangerously short timer for each of your moves. You’re reliant on information given by the other members on your team, and much like the video game itself, the consequences for mistakes are deadly. Screw up as the Commander and you might send the world into a state of panic, fumble a mission as Squad Leader and everyone you sent will die, fail your roll as a scientist and, well, your researchers just get a bit tired. At least that last one’s not so bad, eh?

XCOM: The Board game doesn’t have any mechanics or ideas that’ll truly blow you away, but it feels undeniably cool to play, and captures the same sense of dread from main game when everything spirals out of control from one bad roll. If you’re still on the fence, here’s the excellent review by Shut Up & Sit Down's Quinns to swing you one way or the other.

Dark Souls: The Board Game

The board game adaption of Dark Souls is an extravagant beast, packed to the brim with cards, tokens and unique miniatures for enemies from throughout the game series. Matching its inspiration, the name of the game here is taking down bosses, or rather dying repeatedly as you attempt to do so. The two big bads you can face are Dark Souls 3’s Dancer of the Boreal Valley, and Dark Souls’ Ornstein & Smough. That might not seem like a lot, but there are also a range of minibosses including the Gargoyle and Titanite Demon to keep you occupied.

The miniatures are of impressive quality, making it a great pickup for diehard fans of the series (as well as aspiring painters). It’s an incredibly faithful package overall, and not just in the visuals. Dark Souls: The Board Game will have you going over encounters multiple times as you level up and work your way towards the boss, and can be just as punishingly cruel as it’s video game origin. It’s a co-operative game, but enemies attack between every single player turn, meaning that blocking or avoiding damage is vital — far more so than dishing it out yourself.

This kind of gruelling experience is by no means the game for everyone, but Dark Souls fans are likely to get a real kick out of it. If you’ve got two or three friends who are big fans of the series, Dark Souls: The Board Game is a great chance to indulge in your shared interest. Just keep in mind that the game will cost you a meaty $120 to get your hands on.

Mercifully bucking the “Game: The Board Game” naming trend, Mechs vs. Minions was produced by Riot Games, and set in the universe of their wildly popular MOBA, League of Legends. It’s rare than licensed adaptations branch out from their source material, but Riot Games has thrown convention out the window here, and it’s allowed for the development of a unique and really quite special game.

Rather than attempting to replicate its electronic origin, Mechs vs. Minions is a co-operative experience in which 1-4 players program mechs to wipe out waves of marauding minions. Taking part in mech pilot school, players take turns adding ordered commands (turn left, attack here, etc.)  to their mechs before watching the chaos unfold when the activation phase finally rolls round and no one’s doing anything they originally planned.

League of Legends fans will thoroughly enjoy seeing a selection of characters and creatures from the game crop up, and even those unfamiliar with the background can have a blast thanks to just how great the underlying game is. Better yet, despite containing a generous number of miniatures (the mechs are even painted), parts and missions, Mechs vs. Minions will only cost you $75. That’s around half the price most miniature-heavy board games on the market are asking for. It’s only available from the official Riot Games store, and while they release copies of the game in waves, it appears to be in stock at the time of writing.

DOOM: The Board Game

In bringing DOOM to the tabletop, Fantasy Flight Games has adapted the framework of their other licensed works, Imperial Assault and Descent. Building the hellscape over what would traditionally be a dungeon-crawler design, up to four players work cooperatively as marines while a single player controls the demonic threats they battle. While this transplant might sound lazy at first, it’s no secret that Imperial Assault is an excellent game, and DOOM: The Board Game works hard to up the ante, bringing the fast-paced action from the grandfather of FPS games to the fore. Based on the 2016 release, combat is extremely mobile, with game mechanics like glory kills making a satisfying appearance.

It lacks the campaign and narrative approach of Imperial Assault or Descent, and understandably hasn’t received close to the same level of support when it comes to expansions. However, DOOM: The Board Game still feels thoroughly complete as a competitive experience. There are ten basic scenarios in the box, and the huge range of customization make it easy to replay them in new ways or even create your own levels to run through. .