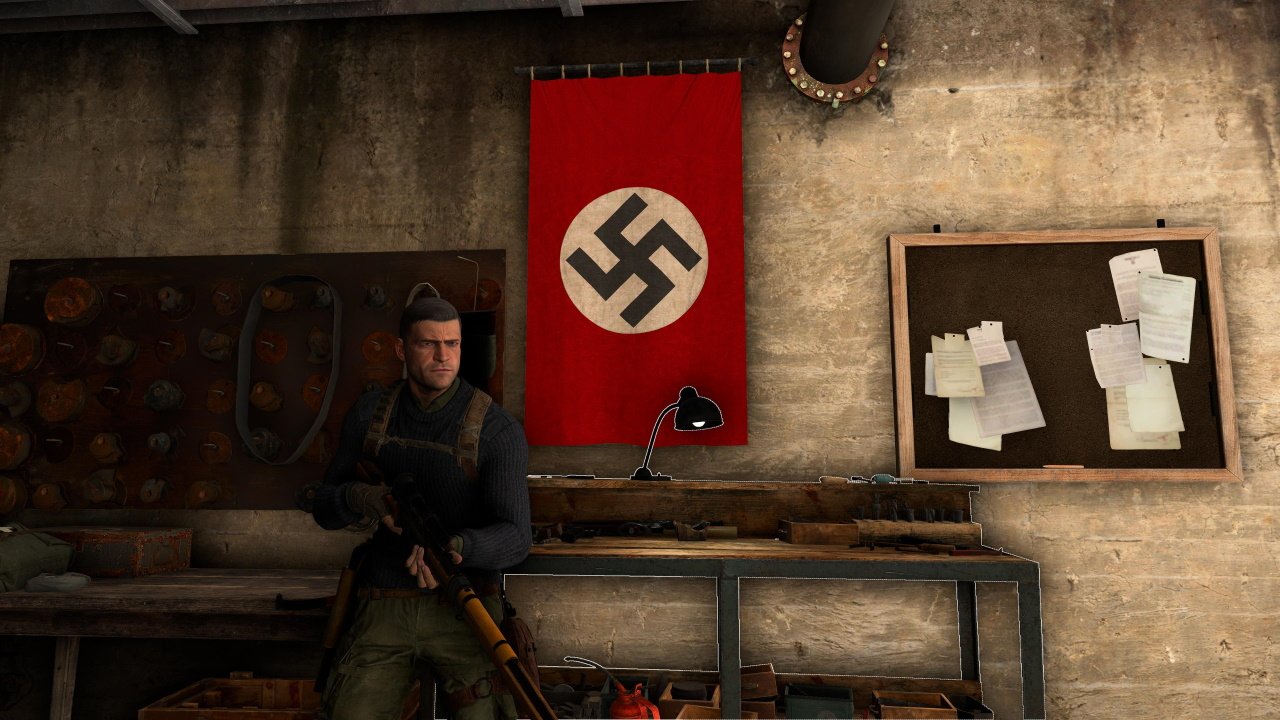 Kratos returns in God of War Ragnarok on November 9, just in time for the Holidays.

The first of the Mission 8 workbenches you can easily reach is the Pistol Workbench. It’s found underneath the large church in the center of the level. This location is a hub for the German forces in the area, meaning you’ll need to sneak in or take out the guards in the area. At the north end of the church (under the tower) is a locked door to the crypt on the northwest side. You can blow it with a satchel or grab the key from up in the church tower. Head down underground and you can grab the pistol upgrade.

The next of the Rubble and Ruin workbench locations is to the northwest, just south of the large manor which holds the Kill Challenge target Yoshikawa. You need to enter the building on the southwest corner of the junction. Enter from the south and you’ll find a ramp up to a middle level with some supplies.

In here, look towards the middle of the room at the hanging floor board with criss-crossed white planks. If you walk to the edge of the platform facing it, you should see a prompt to “Jump” appear. The positioning of this can be a little dodgy, but when you make the leap you can climb up and find the SMG workbench location.

Finally the Sniper Elite 5: Mission 8 Rubble and Ruin Rifle Workbench location is within the Kraken facility itself. When you drop down into the sewer entrance, make your way through until you come out into a much wider underground room with guards. On the left wall is an armory behind a locked door. You can satchel blast in, or grab the Armory Key from the box sitting in the middle of the room. Enter and grab the last of the Mission 8 workbenches.

That’s every Sniper Elite 5 Mission 8 Workbench location. For the previous lot, be sure to check out our roundup for Mission 7 Secret Weapons as well.