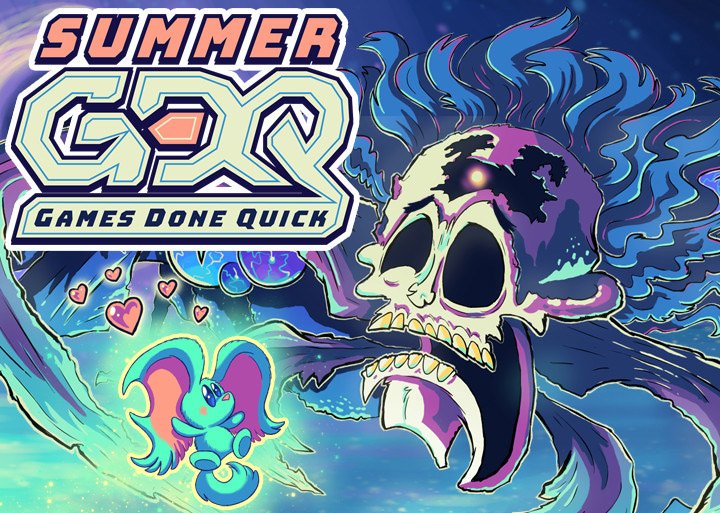 The best SGDQ 2022 runs to stay inside with this weekend

This weekend at SGDQ 2022 there are tons of great speedruns to kick back with if you haven't had a chance to tune in yet. On top of the finale, Saturday and Sunday are set to feature three of the bonus stretch goal games that the community has worked so hard to unlock with more than $1.2 million raised so far for Doctors Without Borders.

So now you've got a couple of days off work, take it slow, have a lie in and maybe chuck a few of your hard earned simoleons at these great speedruns this weekend at SGDQ 2022. Check the start times in your timezone at the official schedule site.

Depending on your timezone, your weekend might be even more packed with an Ocarina of Time randomizer co-op run happening just before this, but we're classing the start of this two-day marathon as Portal 2 at 11pm ET Friday. It's an inbounds run, so no breaking the laws of physics with glitches (only portal guns) but it is a Tool-Assisted Speedrun, so you can see what's possible with portals if you were an elite robot like P-Body or Atlas. Runners Can't Even and mlugg will be doing most of the heavy work though, expect it to take them a little less than an hour. A nice bedtime treat. Unless...

Our first bonus game of the weekend is a showcase of the Zelda Ocarina of Time beta, which was uncovered last year as remnants of the first showing of the Nintendo classic at 1997's Space World conference were found on a cart and extracted. This is less of a skill-based run and more of a fascinating dive into the history of one of the all-time greats, and at an hour long it's only a little while longer to stay up past bedtime.

Get up bright and early and lounge around eating cereal in bed with the most Saturday morning cartoon game at the marathon: Final Fantasy X. Sadly this is an Any% Cutscene Remover run, so you won't get to laugh along with Tidus and Yuna, but it is also four hours long already so it wouldn't be worth the extra 10 hours the cutscenes would add to the run time. FoxyJira will be your driver for this run, and it's sure to be a laidback way to start your weekend.

A test of perfect routing more than anything (with some chance RNG thrown in on guard cycles) but always a balletic showcase of tactical espionage action. Metal Gear Solid 2's Big Shell portion is perhaps the weakest second act of any of Kojima's games, but the techniques for making it fly by are more interesting than the insane plot anyway.

Right in the sweet spot, time-wise, for a Zelda speedrun – not requiring the tedious triforce pieces helps. If you're hoping for a leisurely sail then you'll be sorely mistaken as most of this run is done by "superswimming" to various islands at incredible speeds. Hey, that's the name of the game in this biz. CLG Linkus 7 will be your swim team captain for this session.

The first showing for the new Metroid at a GDQ is sure to be a fun (if not confusing) ride. Lots of skips and hidden area discoveries to break the usual flow of backtracking in a 2D Metroid game. We're looking forward to runner kekumanshoyu not even blinking as an EMMI scrambles after Samus.

Nothing is more GDQ than specially crafted Mario Maker courses for multiple runners to smash their faces against until they figure out the devious trick the designer has hidden. Six runners will be suffering through whatever the organizers have cooked up for them this year: PangaeaPanga, juzcook, CarlSagan42, Aurateur, Shoujo, and TanukiDan. Godspeed, Marios.

What speedrunning marathon would be complete without the Grand Prix of game racing? A full 120 star collectathon in Mario 64 is one of the toughest mixes of endurance and speed, averaging a star every 55 seconds which is a whole lot of re-entering paintings. Runner Simply is taking on this bonus challenge, so tune in and send your energy.

This year's finale couldn't be anything other than the biggest game of the year (so far). FromSoft's games often feature some of the most obviously skilful runs of any GDQ, but this year's will be sure to please the crowd with an All Remembrances run forcing runners to go up against all of the major shardbearers and at least visiting every area of the game. All of this in less than the time it took you to beat Malenia (don't lie, it was at least 6 hours and you all know it).

Then, to cap off the weekend in style, after the All Remembrances run of mostly playing the game in sequence, get treated to a ridiculous destruction of the open world game as the Elden Beast falls in around half an hour. Given a standard play through is anywhere around 80 hours, this is inconceivable to mortals, so please show runner HYP3RSOMNIAC some love in the chat to close out a week of great speedruns.