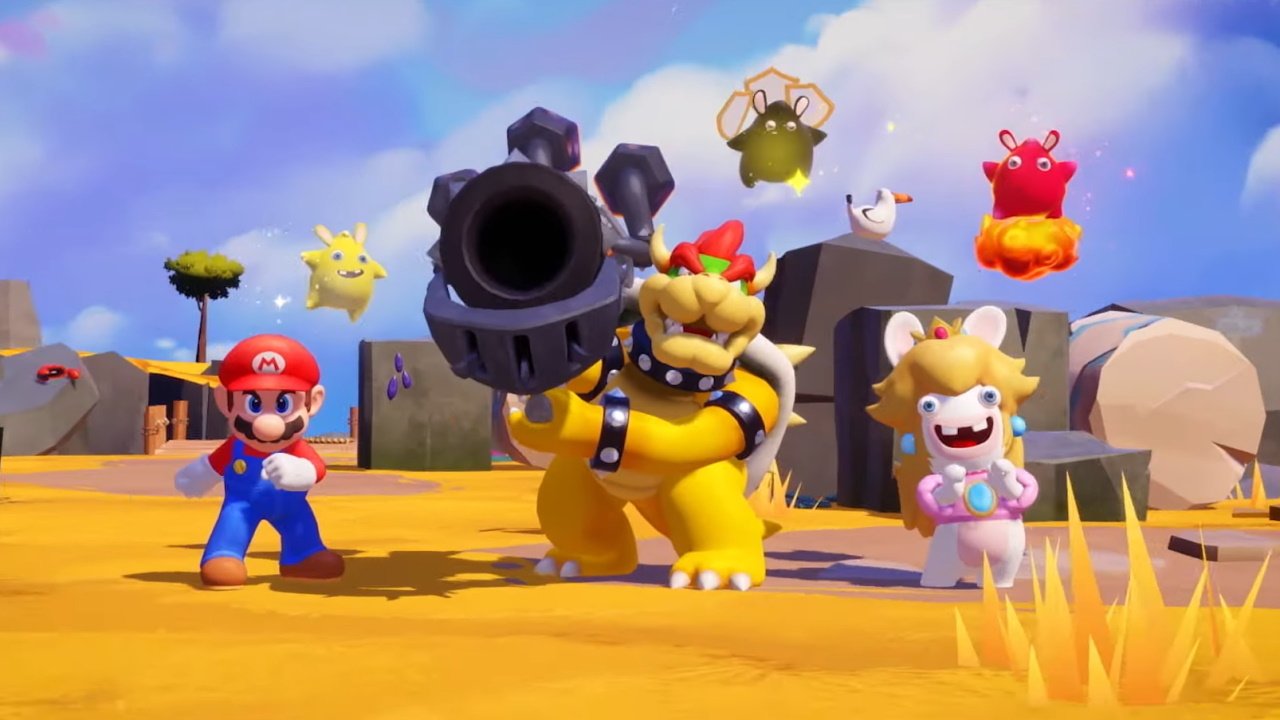 Releasing on Nintendo Switch this November.

The Mario + Rabbids: Sparks of Hope release date has been confirmed as October 20, 2022.

We got a good look at the new Rabbid Rosalina in action during the trailer as she springs off a teammate to hover through the air on a drone. She comes toting a Luma weapon that spews out star bits towards her enemies. Bob-ombs can also be grabbed from the environment – toss them before they explode and they can set off a chain reaction of damage to take out your opponents.

The trailer also revealed that Mario series villain Bowser will be joining the fray as a playable character. The green-shelled koopa king appears briefly totaling a mighty cannon/rocket launcher on one shoulder.

The motley team of Mario, his friends, the Rabbids, and even Bowser, blast off for a galactic adventure when @MarioRabbids Sparks of Hope rockets onto #NintendoSwitch on Oct. 20!

Further details on Mario + Rabbids: Sparks of Hope are due to be unveiled tomorrow as part of a special showcase on the Ubisoft Twitch and YouTube channels. That’ll take place at 9am PT (12pm ET / 5pm BST / 6pm CEST).

The Nintendo Direct Mini: Partner Showcase packed in plenty of other reveals, including the launch of Persona 5 Royal, Persona 4 Golden, and Persona 3 Portable for the Switch on October 21. October is looking like a busy month for Switch owners, as there was also the announcement of Nier: Automata: The End of Yorha Edition coming to Switch on October 6. Check out the entire run of announcements in the full Nintendo Direct Mini: Partner Showcase embedded below.

Mario + Rabbids: Sparks of Hope will launch for Nintendo Switch on October 20, 2022.