Upgraded to PS Plus Extra or Premium? Don't overlook these games you now have access to! 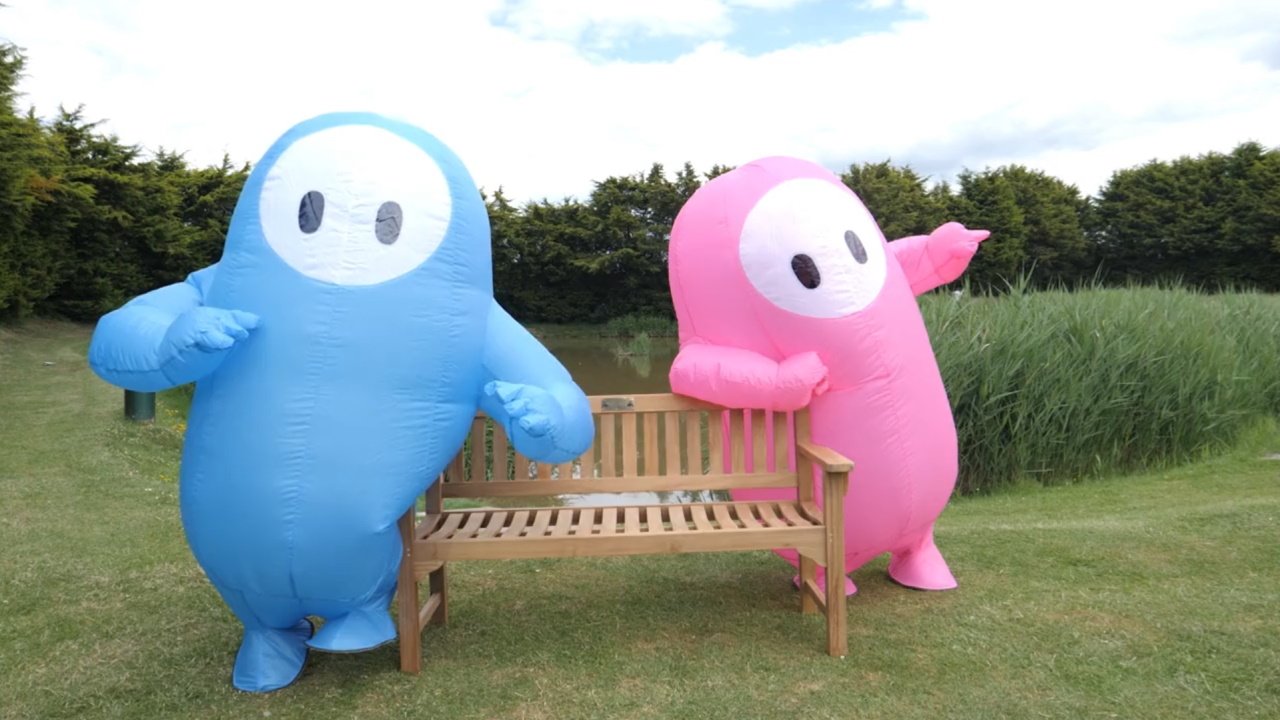 Fall Guys has sponsored a bench in England

A word of warning: you might want to sit down after reading this one. Fall Guys, the video game about tumbling bean-folk hurling themselves through brightly colored obstacle courses, has sponsored a bench.

The bench in question is located in Skegness, England. And as the announcement video for the stunt notes, it’s located just a mere 53 minutes from the town’s beach. Where, precisely? You’ll probably need to start searching on Google Maps to find it.

The Fall Guys bench was genuinely opened by actual Skegness Town Council Mayor Tony Tye in the video, before being sat upon by several people in Fall Guys costumes. We’ll forgive you for not believing us up until this point, so it’s probably best you witness the proof for yourself, shared on the Fall Guys Twitter account.

I don't want to lose my job pic.twitter.com/2feaMJsfmM

“The Official Bench of Fall Guys. Sit for free from 2022,” reads a plaque on the bench, which was funded in celebration of Fall Guys’ free to play launch this week.

Fall Guys: Free For All Season 1 has seen the game arrive on Nintendo Switch and Xbox for the first time, with the update to a free-to-play version also arriving on PC and PlayStation as well. The Free For All update included several new levels added to the game’s massive minigame roster.

The jump to free-to-play has also seen the addition of a premium in-game currency and the launch of a new premium season pass. Players who already owned Fall Guys have received a Legacy Pack including a range of outfits and access to the first season pass.

If you're planning to load up Fall Guys on a new platform, make sure you check out our full controls guide before you do. Sadly we can’t help with real-life controls to guide you to the bench in question.