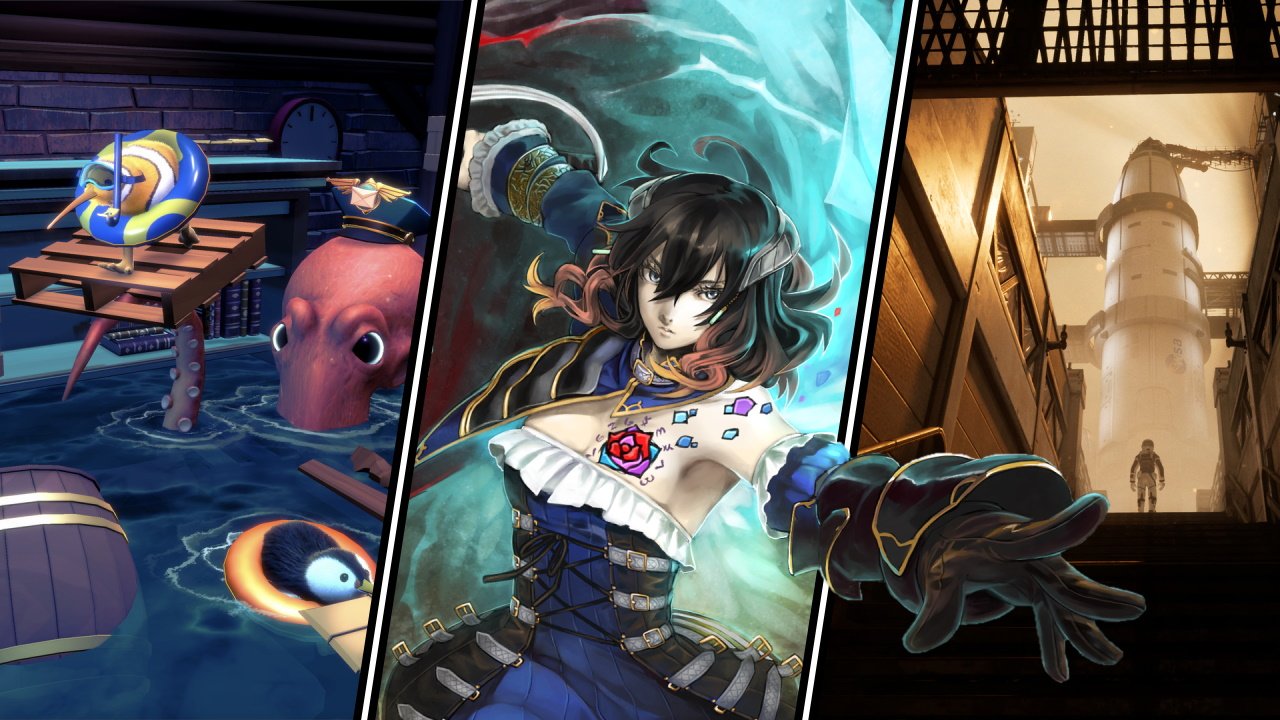 Cleared some space on your virtual floor? Good, because the new PlayStation Plus Extra and Premium tiers have upended hundreds of games into subscribers’ libraries. The major titles like Marvel’s Spider-Man and Death Stranding are easy to identify, but where else should you be looking?

After diving headfirst into the pile, we’ve sifted through indies and AAA alike. What we’ve unearthed are the following best PS Plus games you might have missed, hidden as they are among the hefty haul of games.

The best PS Plus games you might have missed

For our best PS Plus games you might have missed list, we’ve focusing on the PS4 and PS5 games included in both the Extra and Premium tiers. The Premium-only PS3 and earlier catalog is a far more mixed bag.

Bloodstained: Ritual of the Night: Castlevania producer Koji Igarashi returned to release this superbly gothic metroidvania title. Steal your enemies’ powers and unleash them as Shard attacks against all manner of enemies and bosses while you navigate the labyrinthine halls.

Ghostrunner: Looking to test your reactions? Ghostrunner’s lightning fast FPS – first-person swording – parkour and combat challenges will seriously test your split-second capabilities. Taking command of this cybernetic ninja is a fierce treat for those who like repeating the same rapid sequence to perfect their run.

Marvel’s Guardians of the Galaxy: Given publisher Square Enix’s disappointment over the sales figures, there’s a good chance you skipped over Marvel’s Guardians of the Galaxy. Probably after Marvel’s Avengers proved such a let down. But wait – this one one is good, honest! Entertaining writing and quality combat systems make this an adventure well worth blasting (and laughing) through on PS Plus.

The Messenger: Sabotage’s retro-inspired action-platformer is combines a glorious sense of nostalgic throwback with some impressive modern mechanics. Control a young ninja who ends up traveling through the world and time itself as he attempts to deliver a scroll that may save his clan from a demonic assault.

Moonlighter: Raid dungeons by night and run a shop by day. Moonlighter mixes procedural zelda-like dungeon diving with an item-pricing minigame as you expand your store, upgrade your gear, and delve into even more dangerous depths. The music is cracking, too.

Pillars of Eternity: Complete Edition: Get your fantasy fix with this enormous fantasy RPG from Obsidian Entertainment, the studio behind The Outer Worlds and Fallout: New Vegas.

Human Fall Flat: Solve bizarre physics puzzles while controlling floppy plasticine men. Or spend half the time knocking each other over, dropping your partner off ledges, and giggling fiendishly.

Moving Out: Your crew of removal experts is renowned for one thing only: speed. Windows? Smash ‘em. Furniture? Lob it. Think Overcooked, but with 100% more smashed TVs.

Brothers: A Tale of Two Sons: Two brothers must work together to navigate a fairytale landscape. You can play the game solo or co-op with a single controller.

Magicka 2: Concoct and unleash ludicrously powerful spells that will invariably kill your friends almost as often as your enemies in the mage-estic arcade co-op blast.

Golf With Your Friends: Smack golf balls around increasingly absurd minigolf courses as you challenge your friends to take harder and harder shots to shave down their shot counts.

Hue: A unique puzzle game in which you solve puzzles by adjusting the background color of the world. Each hue will reveal or hide obstacles to open new ways forward.

Relicta: Dedicated first-person puzzle games are few and far between, Relicta lets you mess with the laws of physics and you utilize magnetism to shift objects, the environment and yourself around on a mysterious moon base.

I Am Dead: You recently died. But don’t worry, it’s not all that bad in the afterlife. Partnering with the spirit of your dog Sparky, you’ll need to explore the mysteries of the island you lived on, locating the other spirits scattered around its locales to avert a disaster.

Outer Wilds: You’ve only got 20 minutes to save the world! No wait, we check our notes wrong. You’ve got 20 minutes to explore several worlds in this solar system on the brink of collapse. Potter around and uncover narrative threads in this stellar time-looping mystery.

Minit: 20 minutes sounding too long? How about exploring a world in under a minute. It sounds frustrating, but Minit turns this time-looping puzzle into a work of genius that’ll also have you chuckling plenty too.

Bad North: Enjoy strategy on a miniscule scale as you defend a tiny island against invaders in this roguelike tactics game.

Empire of Sin: There aren’t enough XCOM-style strategy games out there, and even fewer set in prohibition-era United States. Lead your criminal empire to success amid the gangs of Chicago through charm, intimidation, and brute force.

Frostpunk: Console Edition: Part strategy, part survival, Frostpunk puts you in charge of a circular city in a brutally harsh frozen landscape. Your aim is to survive as long as possible as you manage the city’s demands and those of your citizens.

Surviving Mars: The Red Planet really doesn’t like life sprouting up on it. That’s the impression challenging city-builder Surviving Mars gives anyway, as all manner of disasters can befall your would-be colony. Keep those domes intact and supplies inbound and you might keep your population alive.

Observation: Take command of the AI on an Earth-orbiting station as you attempt to assist your human charge, Dr. Emma Fisher, as the station begins to fall apart. You might not trust each other, but you will need to work together to make it through.

Soma: From the makers of Amnesia: The Dark Descent comes a sci-fi horror game that’ll seriously mess with your head. There aren’t many jump scares here, but the eerie underwater world of ruin and ruined creatures will certainly send shivers down your spine.

Deliver Us The Moon: As the Earth's resources run dry, you arrive on the moon as a lone astronaut tasked with saving humanity. As you explore the lunar base, you'll learn that its purpose may not quite match what you were expecting...

Alongside the major titles like Returnal, the games above should keep Extra and Premium PlayStation players entertained for plenty of time to come. Spotted any other brilliant PS Plus games that we’ve missed? Share them with us in the comments below!