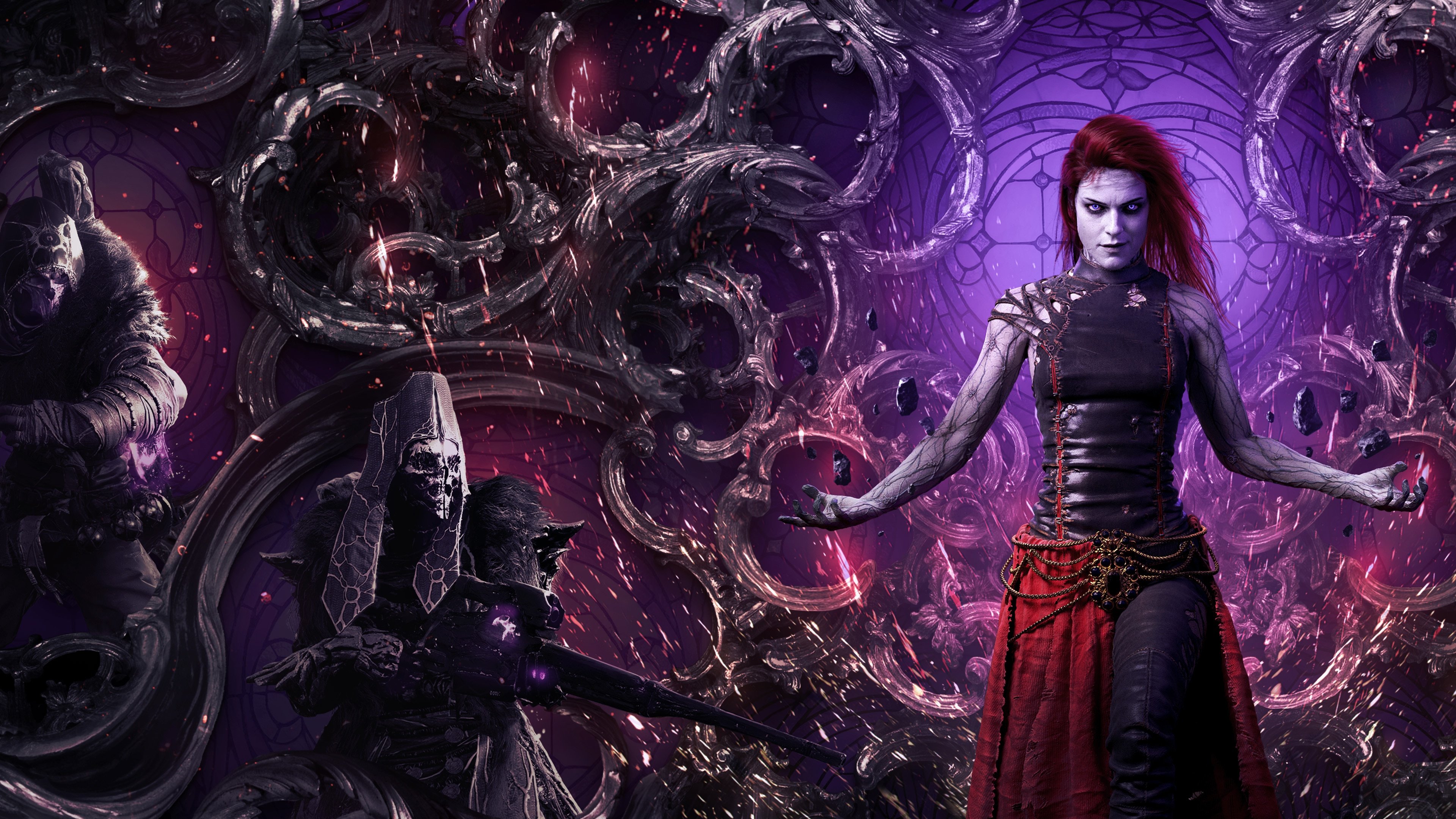 Outriders Worldslayer, the first major expansion of People Can Fly's looter-shooter, is coming on June 30 bringing a new standalone story campaign, new weapons and gear, and a refresh of the game's enemies and endgame.

There's a lot going on in this wholesale upgrade for the Square Enix-published shlooter, and with an early access pre-order bonus dropping the goods in our laps two days before launch date, not long to wait to get stuck in. So here's everything you need to know about the biggest upgrade to Outriders since launch.

The original Outriders campaign and endgame saw you clearing your way towards a mysterious signal out in the storm-wracked wilds of the planet Enoch. Worldslayer continues your journey with renewed purpose, introducing a fresh foe to direct all your Altered energy superpowers against.

The Insurgent Commander Ereshkigal is a sort of doomsday cult leader who reckons the entire planet is about to be consumed by the storm known as the Anomaly, which yes, granted, is extremely destructive and getting worse. The Anomaly is causing cataclysmic changes to Enoch's climate, which squishy humans probably won't survive, so Ereshkigal is convinced the coming age of the Altered is upon us. It's the Outrider's job to try and defend what's left of humanity on Enoch and prevent Ereshkigal's forces from accelerating their destruction.

Part of this cataclysmic climate kerfuffle involves the introduction of icy environments for you to battle through, alongside revisiting areas from the base game. As the Anomaly grows stronger, ice storms bring unpredictable changes to the battlefield around you, adding even more danger to your mission.

Ereshkigal commands forces including 20 new enemies, split between mini bosses, elites and standard grunts, both humanoid and beastly, which will appear throughout the campaign and the revamped endgame: The Trials of Tarya Gratar.

Though the Expeditions of the base game are still playable, the Pax city of Tarya Gratar serves as the setting for Worldslayer's endgame upgrade, creating a sort of roguelike minigame for you to earn and test new gear and builds.

Starting from the base camp whenever you die too much or abandon a run, you'll face a gauntlet of horde-mode assaults to defend against, troves of treasure for you to challenge more difficult enemies for, boss arenas that block the way as you progress along a path of your choosing through the city, and even more difficult enemies than you'd encounter in the campaign, such as Shadowbeasts.

These assassins can cloak themselves and silence your abilities for a short time, leaving you extremely vulnerable if there are any big bad enemies around. And there are always big bad enemies around, as Shadowbeasts are often the faithful minions of Beast Lords, even tougher mini bosses who you'll definitely need your abilities against. As well as a decent gear loadout.

To aid you in your fight, the Outriders Worldslayer update adds 20 new weapons, including 2 new legendaries per class to give you even more options in turning your enemies into various colors of mist. The new weapons break down into 3 automatic shotguns, 2 assault rifles, 2 double guns, 2 LMGs, 2 SMGs, 2 ASRs, 2 pistols, 2 revolvers, a pump action shotgun, a bolt action rifle and a marksman rifle. Combined with the 76 new mods and an additional new tier of gear rarity, Apocalypse Tier with a third mod slot, there are even more complex and powerful builds for you to piece together.

How to get started in Worldslayer

You can get early access to Outriders Worldslayer and start playing on June 28 by pre-ordering before the June 30 release, giving you a 48-hour head start on the new campaign – even if you haven't completed the base game. That means you can jump in on a new character if it's been a while since you played, as well, and want to try out a different style of slaying.

Outriders Worldslayer then releases on PS5, PS4, Xbox Series X/S, Xbox One, Steam, Epic Games Store and Stadia on June 30. The expansion can be bought with the base game packed in, both digitally and physically, or as just an upgrade on its own if you already have the base game.