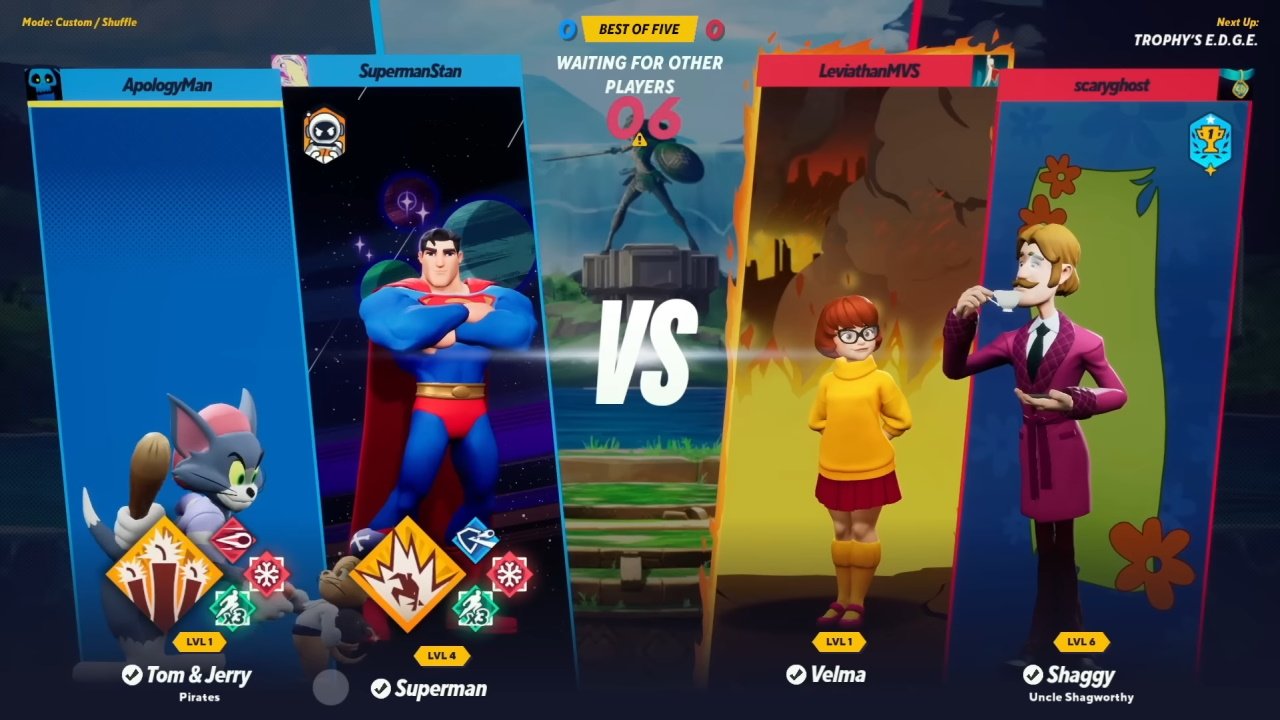 Check out more MultiVersus with the second pro players showcase

Dawn of War and Company of Heroes see huge discounts during the Relic anniversary sale.

A new pro player showcase can been released for MultiVersus, the Warner-Bros-packed platform fighter from Player First Games.

The first team saw fighting game pro Spooky paired up with Leviathan in a fitting team of Shaggy and Velma from Scooby-Doo. On the other side of the arena, pro player ApologyMan  teamed up with Brokkr in the unlikely combo of Superman with Tom & Jerry. Watch the action unfold below.

The footage gives good luck at how MultiVersus’ battles have been designed around team fights. Velma, for example, is a dedicated support character who excels at unleashing ranged attacks that buff and boost her side while negatively impacting her opponents.

MultiVersus brings characters from an enormous variety of franchises together into one giant platform-fighting brawl. Think Super Smash Bros. but with a roster that includes Arya Stark, Batman, and Finn the Human. 2v2 matches are the core mode, but the game also support 1v1 showdowns and 4-player free-for-alls much like Super Smash Bros.

Our hands-on time with MultiVersus during the recent closed beta left plenty of positive impressions about its core gameplay and team matches. But it was hard to overlook the potential unfairness introduced via the game’s unlockable perks system and the wealth of confusing status effects.

A MultiVersus open beta is due to kick off in July, allowing all players to try the free-to-play fighter ahead of its full release. Developer Player First Games has been open about the plans to support and update the game following launch, with regular updates adding new characters, stages, skins, and other entertaining updates. You can check out the currently confirmed character roster here, though plenty more names have been rumored in leaks, including Godzilla and Ted Lasso.

MultiVersus is expected to launch in 2022 for PC, PlayStation, and Xbox with full crossplay and cross-progression support. There’s also a MultiVersus 2v2 tournament planned to take place during Evo 2022. If you want a shot at taking home some of the $100k prize pool, you can sign up to compete now.