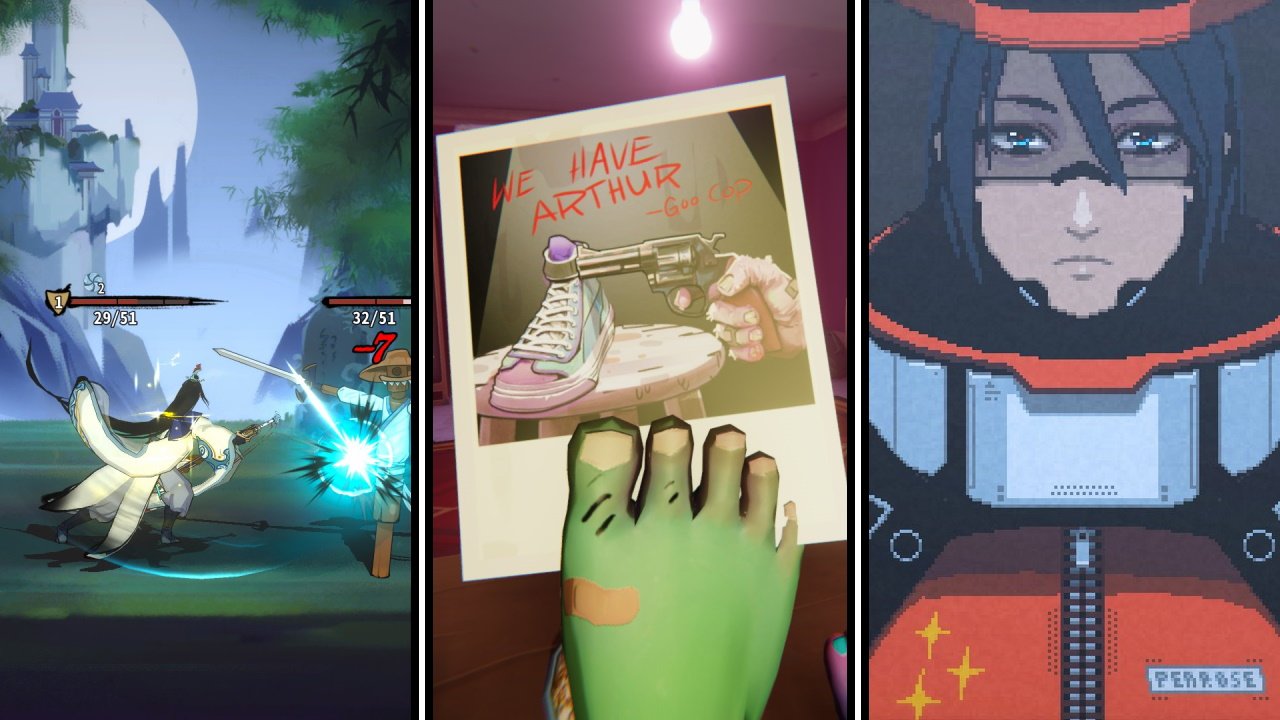 The Steam Next Fest games that left us eager for more

The latest Steam Next Fest has dumped a frankly ludicrous number of game demos on our doorstep – so many in fact that it’s almost too overwhelming to know where to begin. We haven’t had time to test everything on offer (or even a significant fraction), but our demo dives still found plenty of brilliant games being built for the future. If you’re wondering where to start in Steam Next Fest yourself or just want to know what to look forward to down the line, here are the games we tried that had us itching to play beyond the demo.

Steam Next Fest games that left us eager for more

Recently featured in the Wholesome Direct showcase, Terra Nil is a reverse-city-building game about undoing damage to the environment. Plonking down ecosystem-restoring buildings on a barren wasteland, you’ll restore the ravaged land to flourishing life. Grass comes first, followed by rivers, wetlands, and towering forests.

The demo’s single level involves a careful balancing of resources and space. You establish basic flora to earn more spending power that helps you carve rivers or build atmosphere-correcting devices. And when the job is done? It’s time to take everything down again. When the land no longer needs you to thrive, your final task is packing everything back up to set off again in an airship of reclaimed and recycled goods. It’s a beautifully novel and optimistic take on a genre that usually sees us carpeting green land in concrete.

Signalis is a must-try for any fans of classic survival horror like Resident Evil. Waking in a crashed ship on an alien world, your task is to figure out what went wrong and what happened to the ship’s crew. The top-down camera combines with fuzzy, retro-styled (yet undeniably stylish) pixel art to create a look that’s practically dripping with suspense. The demo features a few puzzles, one of which we found far from logical to solve, but it’s a minor blemish on an impressively polished trial in terror. Much like the original Resident Evil, there’s a dread which comes with opening the door to a new room; not knowing what monstrosity might stand quivering in the shadows beyond. And on this planet, you are far from alone.

Anger Foot is a game about sticking a giant green lower limb into every living thing in your path. Each of its minute-long levels sees you busting down doors to shove your foot into the face of beefy lizardmen, squidmen, and we-don’t-know-what-mean as you blitz through gang lairs to the end of the level. Grab their guns, dodge grenades and replay instantly every time you die in a rush to reduce the time taken. With borderline migraine-inducing pumping techno music that steps up the bass with every door frame shattered, it is, in essence, Hotline Miami in first person, only with 100% more foot-in-face action.

Thanks to Slay the Spire, deck builders have become big business in video games, but we’ve never seen one quite like Yi Xian: The Cultivation Card Game. In this dueling game, players refine ordered cards of actions between rounds. Essentially, you’re creating a sequence of attacks and buffs to alternate with your rival’s chosen cards.The aim is to outwit your opponents lineups while slowly upgrading your cards and character Ability level (which unlocks new perks and card draws) to create a precise engine of damage and improvements.

The demo’s English tutorials and descriptions are ropey in places, but the fascinating concept makes this card battler one well worth testing out. Online, you’ve barely got time to adjust your deck between rounds, which makes modifying or enhancing your existing line up a mad scramble to sort through cards. The slower-paced tutorial alone is satisfying enough to make us really wish a single player story mode was present alongside online competition.

Sadly, video games can't ever replicate the tactile entertainment of real-life escape rooms, even in VR. What they can offer, thankfully, is far more puzzles for your money. In Escape Academy, you're invited to join the improbable ranks of the world's greatest escape artists. How? By, er, solving an awful lot of escape room puzzles. It's a silly set up, but we're more than inclined to go along with it when scrambling about each room for clues is such good fun. The demo only included the first couple of puzzles, but it was enough to leave us eager to solve some more challenging tasks, especially with the multiplayer support promised.

Did you spot any other gems in the Steam Next Fest line up? Let us know about them in the comments below!