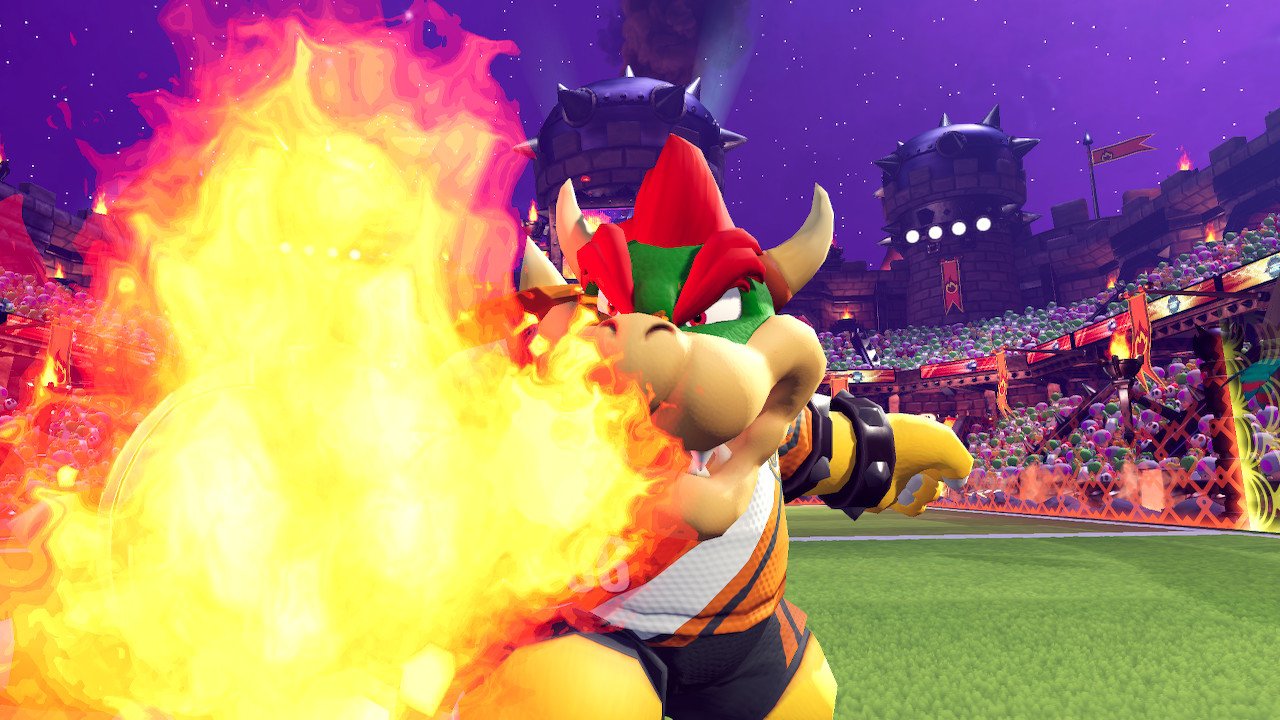 "Due to overwhelming community response, we've reactivated the previous version".

Get tackled off the ball in Mario Strikers: Battle League and your team will be rewarded with an item box. What you’ll get is random but chosen from a small selection. There’s also one item, the Star, which is only rewarded for those being bullied heavily. We’ve put together a Mario Strikers: Battle League item list below so you know all the tools available, what they do, and when they’re likely to appear during matches.

Items in Mario Strikers: Battle League can be grabbed from ? Blocks which fall onto the pitch. Rainbow ones which both sides can collect are thrown on sporadically, while team-colored ? Blocks are thrown on any time a player on the team which doesn’t have possession of the ball is tackled. Held items are shown in the top corners of the screen.

Mushroom: Greatly increases your speed for a few seconds when activated. Ideal for making a break to pull off a Hyper Strike or bouncing the ball off a wall for a tricky shot past the keeper.

Bob-omb: Walks in a straight line for a short distance before exploding, knocking back all players on the opposing team.

Green Shell: Travels in a straight line when fired, bouncing off the pitch fences. Any players hit will fall over.

Red Shell: Homes in on the nearest opponent when thrown, hitting them and making them fall over.

Star:Makes a character invincible for a short time and boosts all of their attributes. Opponents touched while the Star is active will be knocked over. Using a Hyper Strike or Charged shot while the Star is active will remove the invincibility, absorbing it into the ball to increase the power of the shot. Stars are only awarded to teams repeatedly tackled while off the ball.

In addition to being rewarded for tackles off the ball, items are also spawned onto the losing side’s pitch. If you’re losing by two goals or more, expect multiple item boxes to be thrown on at the beginning of any reset. Hyper Strike orbs appear in a similar fashion to items and can be collected by both teams.

Now you know all items in Mario Strikers: Battle League Football, you should also make sure to learn the different Hyper Strikes each character wields. We also have a breakdown all character stats available for you to compare.