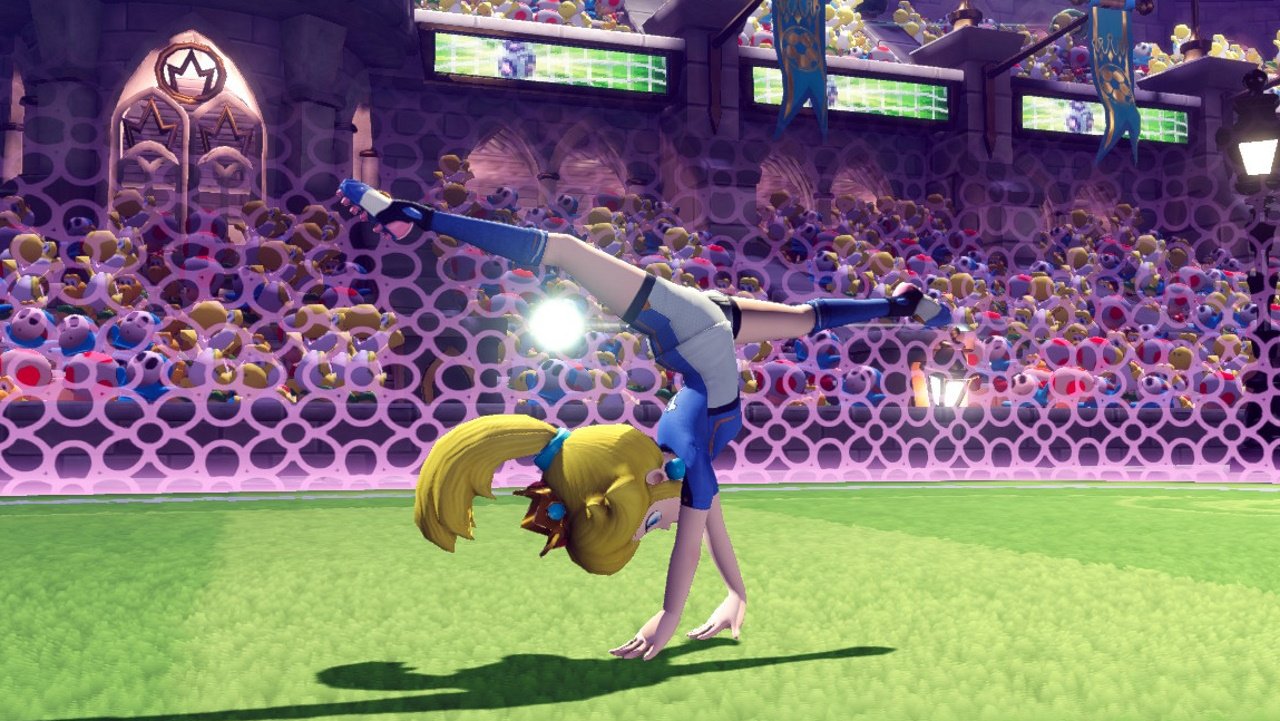 Learn all items in Mario Strikers: Battle League that you'll be tossing toward your opponents.

The Mario Strikers: Battle League controls are consistent across all three play types (Joy-Cons, Pro Controller, and Handheld). The key differences come depending on whether you are in possession of the ball. We’ve highlighted them where relevant below, then explained the other inputs you’ll need to learn underneath the general controls.

In addition to the core Mario Strikers: Battle League controls, there are a few other inputs to learn. Perfect Passes and Perfect Shots are performed by holding the pass or shoot button before the ball reaches your character, then releasing right as it arrives. Characters with high Technique (read a full stats breakdown here) will have a wider timing window for Perfect moves.

You'll also need to angle the left analog stick when shooting to adjust your shot trajectory. Tilting up and down adjust which side of the goal you're aiming at, while tilting away from the goal means the shot will shoot higher in the air, and toward the ground will hit the ball lower.

Another crucial skill to learn is interceptions. You can pull these off against lob passes by tapping A or B, but the timing can be quite tricky – we have a dedicated guide for how to intercept here that’ll walk you through it.

That’s everything we can teach you about the Mario Strikers: Battle League controls, but before you head into an online match, we’d also recommend learning all the Hyper Strikes in Mario Strikers Battle: League so that you’re prepared for whatever powers your opponents throw at you.