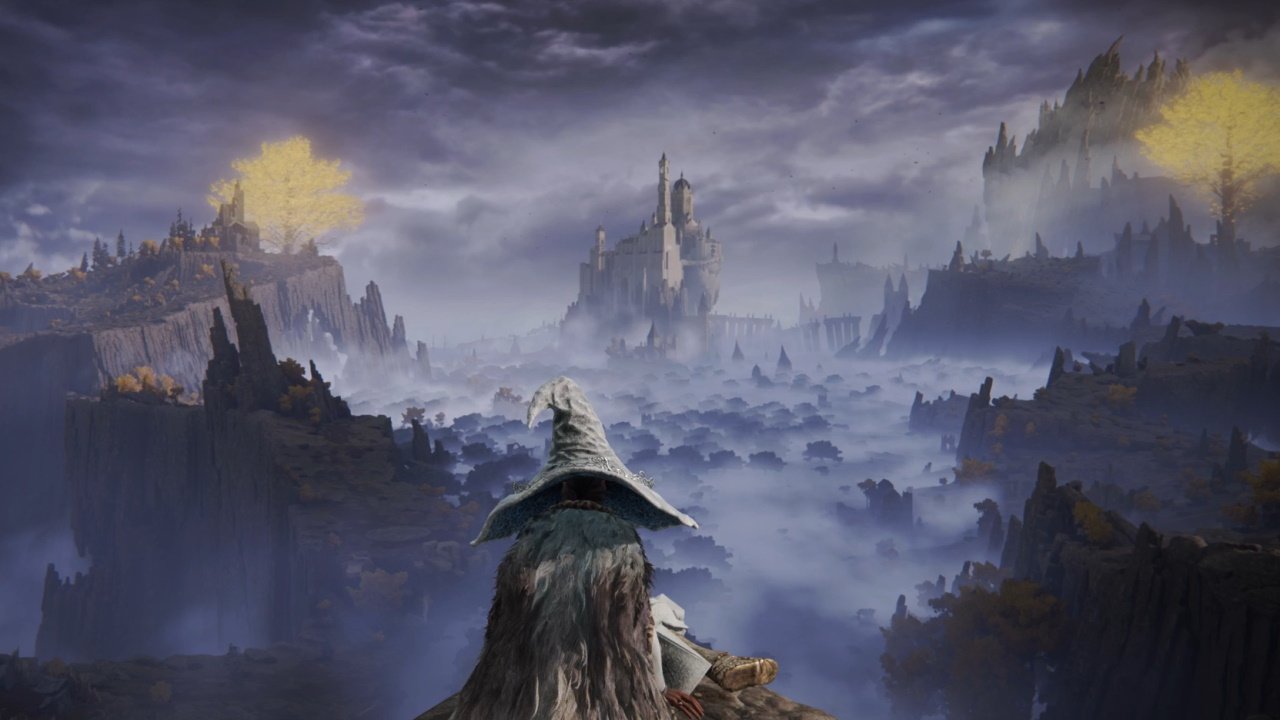 Of all the lines in Elden Ring, the one that will probably go down in history is White Mask Varré’s infamous rebuke: “Unfortunately for you, however, you are maidenless.” This line takes on more meaning, though, when you consider that the player has just passed through the Chapel of Anticipation before meeting the mocking NPC. What’s in the Chapel of Anticipation? A dead maiden.

Just in case you think the terms Elden Ring and Tarnished have more to do with overpriced jewellery on Etsy than video games, let me explain. In Elden Ring – the latest title from Dark Souls developer FromSoftware – you play as a Tarnished, part of an exiled group brought back to the Lands Between to attempt to repair the power-imbuing Elden Ring. Once ruled over by Queen Marika, the Lands Between are now just as fractured as the titular ring – the shards of which are held by Marika’s demigod children.

But what of that dead maiden? In the Elden Ring subreddit, some users have speculated that White Mask Varré killed your original maiden, which is why he’s covered in blood and accuses you of being “maidenless” the first time you meet him. This is a great example of how Elden Ring provides contradictory information through dialogue and environmental storytelling. Information that the player can draw from to craft their own theories about past events.

“I don’t think you can play this game not as an archaeologist.” This is the conclusion that Bill Farley, assistant professor at Southern Connecticut State University, reached in his YouTube video An Archaeologist Plays Elden Ring: Beyond Stormveil. I got in touch to ask him what archaeological skills he thinks Elden Ring draws out from its players.

“Elden Ring represents an ancient place, lived in currently, in the recent past, and in the distant past,” he elaborated. “The ability to tease out the individual elements of a cultural landscape and then to comprehend how those elements impact one another or don’t is key to an archaeologist’s interpretive skill set.”

Like Farley, I would argue that real-life archaeology is akin to the interpretation of environmental storytelling in video games. It involves interpreting material remains to understand past events. With its vast world and myriad item descriptions, Elden Ring takes this concept to greater lengths than most.

Once you have the bug, archaeological analysis of Elden Ring is almost impossible to resist. Early in my playthrough I theorised that the large, colosseum-like ruins embedded across the landscape of Limgrave might be related to the shattering of the Elden Ring. Given their architectural style, they may actually come from the suitably named Crumbling Farum Azula, a late-game area consisting of a fractured, flying complex.

According to an item obtained when the Farum Azula boss Dragonlord Placidusax is defeated, the Dragonlord was Elden Lord before Queen Marika’s reign. Though the actual timeline of events is difficult to pin down, the ruins in the game invite player speculation about the transferral of power between the Dragonlord and Marika.

You can perhaps have too much of an old thing, though – an idea that Farley brings up in his Youtube video. Put simply, it can feel that any world so entrenched in its own ruination might feel like a place that used to be more interesting.

Historian and narrative designer Holly Nielsen noted a similar point: “The video game propensity to lean towards the post-apocalyptic genre often leads to this two-dimensional flattening of history. There is the ‘time before’ and the present.” As she explained, players understand ruins to be “a shorthand for ‘people did something here in the past.’” Nielsen also pointed out that they are convenient from a game-design point of view because they are associated with puzzles and enemies, are a quantifiable space, and don’t need to be populated by NPCs.

That being said, Elden Ring deliberately conveys a sense of past events beyond crumbling castles. In an interview with Weekly Famitsu, Elden Ring director Miyazaki Hidetaka explained that the storytelling in the game follows that of the previous Dark Souls games. Instead of direct explanation, the games offer “fragments of information in the text, with the intention being for players to piece them together or imagine what happened themselves.”

“Particularly as a historian who looks at material culture, I’m very interested in what we can and cannot learn from objects and ‘things’ beyond the written word,” Nielsen said. This is particularly relevant in Elden Ring’s case, as much of the lore is imparted through the flavor text for items.

Though it might not be a particularly impressive item, the Commoner’s Headband offers a good example. The game’s text describes it as “a headband with the cloth removed.

Standard wear for commoners of the Lands Between. Only, there are no commoners remaining with their wits about them.”

This foreboding statement refers to a sort of purgatorial state in which the Lands Between have been kept as a result of the Elden Ring’s shattering and the death of Marika’s demigod son, Godwyn the Golden. His body corrupted the Erdtree, which had previously absorbed the souls of people when they died. Now, Those Who Live in Death wander the Lands Between. Not alive but unable to die, either. According to the description of the Commoner’s Headband, all the common folk have now basically become zombies.

“Every narrative is political,” Nielsen reflected. “Those narratives that involve conflicting accounts display that information, stories, and accounts of the past are deeply political in the sense of who gets to tell these stories, how they tell them, and to whom.”

Elden Ring is rife with warring factions, eldritch gods, and competing ideologies. One moment early in the game led me to start questioning the authority of Marika’s Golden Order. In the Weeping Peninsula to the south of Limgrave, you find a young woman called Irina who begs you to deliver a letter to her father, the commander at Castle Morn. I was totally sympathetic to her character, until she stated: “The servants there … have rebelled.”

The servants at Castle Morn are misbegotten, semi-humanoid creatures with animal features who are looked down upon by the Golden Order. As the flavor text for the Winged Misbegotten Ashes puts it: “The misbegotten are held to be a punishment for making contact with the Crucible, and from birth they are treated as slaves, or worse.” The great irony of this is that the Crucible is thought to be the original Tree of Life that the Erdtree then parasitically fed off.

For the Golden Order to exploit and look down upon the misbegotten when they themselves have the Erdtree as their symbol shows that all that glitters is not gold in the Lands Between. What I’m saying is, it feels like the game expects me to play the dashing knight to save Irina, but actually I’m rooting for the servants.

Alongside AI Researcher Mike Cook, I recently conducted an archaeological survey of Elden Ring. It involved recording the location and content of player created messages and bloodstains. This work made me realise that a key aspect of the archaeology and history of Elden Ring isn’t the creepy ruins or the obtuse lore, it’s the players themselves.

Throughout this piece I’ve cited the Fextralife Elden Ring wiki, and it’s an incredibly useful resource. Guides like these are key historical sources for Elden Ring in their own right, but that comes with its own complications.

As Nielsen explained: “To analyse the play that happens with a game, we need sources beyond the game itself. Though of course that has to be tempered with an understanding of who is using the source base, why they’re using it, and how this influences the information we can gather.”

Asked about game wikis, Farley agreed, stating that they need to be treated as historical records and thus “read critically with an eye towards the knowledge and motivations of the authors.” I posited that player-created wikis could be seen as a form of community archaeology, an idea which he also dug. “There is such a flurry of wiki writers, YouTube producers, blog writers, and social-media denizens all working together, collectively, towards the goal of simply collecting information. All the while, theories fly. Many will later be revised or abandoned, some will stick for years.”

The idea that the player community is key to the history and archaeology of Elden Ring also chimes with Miyazaki’s design, as the developers wanted “gameplay itself to be the player’s stories.”

Farley also suggested that YouTube lore analysts like VaatiVidya can be considered as “doing the same sort of culture-historical work that archaeologists have been doing for hundreds of years. Doing the hard work of teasing out the cultural trajectories and motivations of different groups and individuals, getting that baseline down, and then jumping into the more interpretive approaches. That technique of building our evidence-based interpretations from the ground up is very much a part of the archaeological method.”

The lore of Elden Ring can be as difficult to decipher as a library of mouldering books written in a forgotten language, and the Wiki entries will no doubt confuse internet archaeologists of the future. One thing, though, is for sure – you shouldn’t trust a guy covered in blood who calls you maidenless. 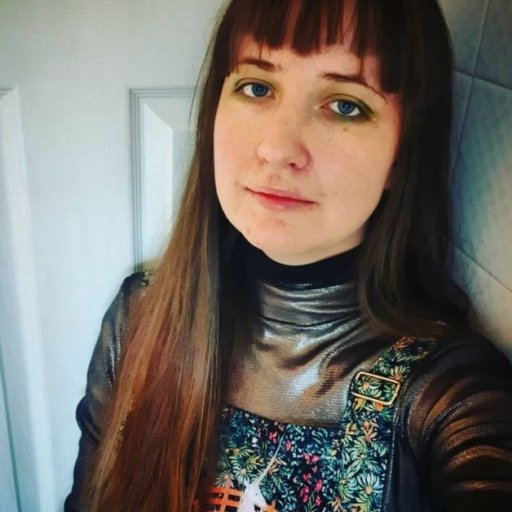 Florence is a PhD researcher in games AI who used to dig up old things for a living. You can find them tweeting @florencesn.