Learn all the base stats for characters in Mario Strikers: Battle League so you can build your ideal time. 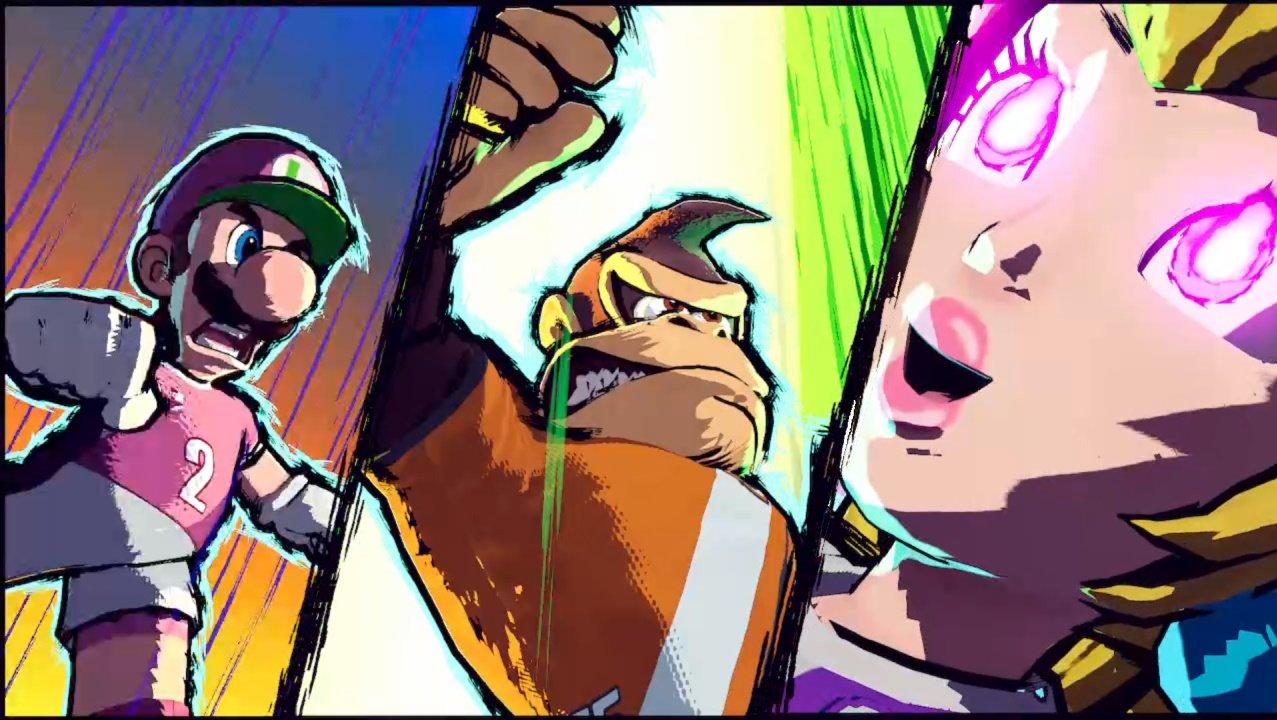 Unleashing Hyper Strikes in Mario Strikers: Battle League offers the chance to score two goals in one, as well as wreaking havoc on the enemy team’s players and goalkeeper. Each character has a unique Hyper Strike that comes with its own effects. Though the differences are minor, we’ve put together a showcase of all Hyper Strikes in Mario Strikers: Battle League so you can enjoy the fancy animations and know how to avoid or inflict their effects.

With 10 characters in Mario Striker’s roster, there are 10 matching Hyper Strikes to get used to. We’ve shown each one below, with details on the ability’s effects when unleashed. It’s worth noting that a perfect Hyper Strike (two blue zones) will always be scored, regardless of any effects or defensive efforts.

Mario’s Hyper Strike unleashes a large spiral of flame across the pitch toward the goal. It covers a wide area, igniting any characters it touches for a few seconds. Covers a wide area but doesn’t stop the goalie much if blocked.

Luigi’s Hyper Strike sends a tornado swirling across the pitch. Players close to its path will be carried along and then launched into the sky, landing either side of the goal after the shot is blocked. Steer clear of the path between Luigi and the goal to avoid being taken out of the match for a time.

Bowser’s Hyper Strike blazes a narrow flaming trail in a straight line towards the goal. Any players hit will be ignited and take time to pat themselves down. If blocked, the goalkeeper’s gloves will be set on fire for a few seconds, distracting him.

Peach’s Hyper Strike draws a heart shape in the space between her and the goal, charming any players the ball touches. Charmed players will be stuck in place with hearts in their eyes until the ball is successfully blocked.

Rosalina’s Hyper Strike coats a straight line toward the goal in ice, freezing any nearby players and leaving the ground slippery for a few seconds. The goalie will be frozen briefly when blocking.

Toad’s Hyper Strike burrows under the ground, creating a fissure along the path and stumbling nearby players briefly.

Yoshi’s Hyper Strike sends a large egg bouncing from side to side towards the goal. It impacts four times before firing at the goal. Steer clear of the landing points to avoid being staggered.

Donkey Kong’s Hyper Strike spawns a giant banana that cannons the ball in a straight line toward the goal. Any players hit by the banana are knocked back massively, sending them flying into the walls of the arena.

Wario’s butt-heavy Hyper Strike ricochets the ball pinball style around the opponent’s half of the arena, shocking anyone hit and stunning them. If successfully blocked, the keeper will be stunned for a short duration.

Stylish as ever, Wario’s Hyper Strike meanders across the pitch, leaving a trail of brambles behind. It’ll wrap anyone hit in vines until the goal is blocked, and wrap the keeper for a short time after as well.

Those are all Hyper Strikes in Mario Strikers: Battle League. For more useful info, check out our roundup of characters stats and our guide on how to intercept those pesky lob passes.