That racecourse is just for the weekends. 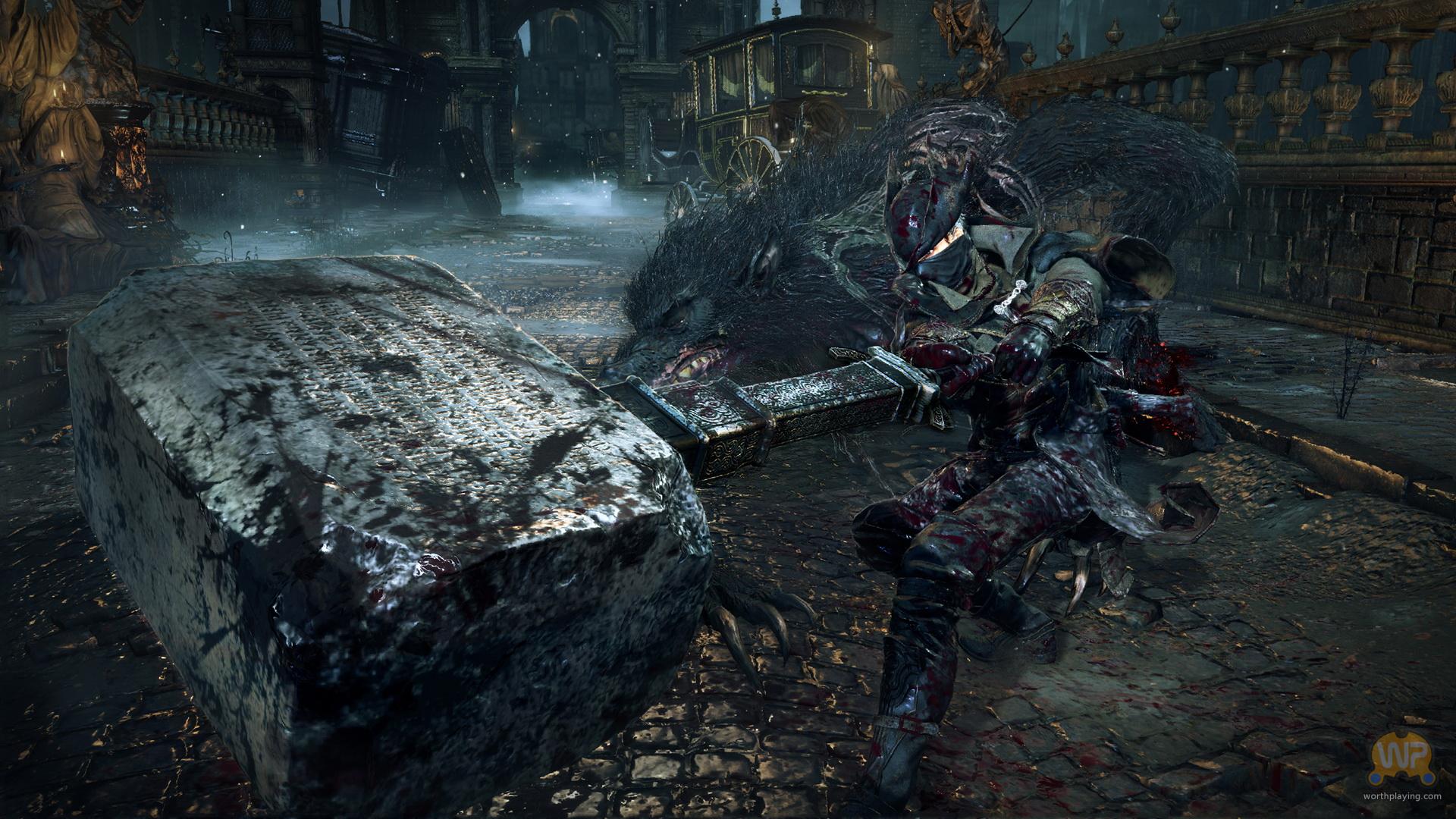 Treyarch has officially released a new update for Black Ops 3.

Bloodborne releases today as a free title for PlayStation Plus owners, and the streets of Yharnam are set to run red once more with the blood of countless new hunters. Heading into the Lovecraftian world of Bloodborne for the first time can be a daunting experience, even for those hardened on the weathered streets of Dark Souls. The array of bizarre weaponry (not to mention the lack of a shield) can make the combat a tricky area to get your head around.

If you’re looking to start your journey in one of the best games on PlayStation 4, fear not as we’ve got all the information you need to send villagers, werewolves and more packing. Read on to discover the best weapons to use in your first Bloodborne playthrough.

The first choice of weapons you’ll be given in Bloodborne will come when you enter the Hunter’s Dream. You’ll be asked to pick a primary weapon out of the Saw Cleaver, Hunter Axe and Threaded Cane, and while the cane certainly is stylish, the Saw Cleaver will offer the best experience early on. Dealing a good chunk of damage, you’ll still be able to attack fairly quickly, hitting a nice medium between the other two options. While it doesn’t have the knockdown power of the axe, it’ll encourage you to learn the vital skill of interrupting with your gun when facing bigger foes.

The real winning feature of the Saw Cleaver is that it’ll stun most normal enemies. This means you can interrupt their attacks without suffering damage yourself or being forced to wait for a counter. So long as you don’t expend too much stamina, you can hack away at most enemies without fear of retaliation. As with all the starting weapons, the Saw Cleaver is also a Trick weapon, which means you can hit L1 to switch to its longer range variant if you need some extra reach. Just remember to swap back after as the short version is superior in every other aspect.

If you prefer the heavy-hitting approach, the Hunter Axe makes the ideal choice. It lacks the speed of the Threaded Cane and the Saw Cleaver, but deals enough damage and stopping power to make it worth a crack. Most enemies in the game — especially early on — will be knocked down by a Charge Attack (hold R2) with the weapon in long form. It has enormous range too, meaning you can deal with foes from the relative safety of its reach.

A good combo near the start is to carry both the Saw Cleaver and Hunter Axe, using the former for mobs of speedy enemies, swapping out to the axe whenever you need to take on a tougher opponent.

The Threaded Cane is far from a bad weapon. It’s whip mode has deceptive range and a wide-ranging hitbox that many enemies struggle to deal with. In the right hands, it can be a monster. Unfortunately, it also starts off incredibly weak and requires a lot of experience to handle, especially compared to the simplicity of the Hunter Axe and Saw Cleaver. With low damage, no stopping power and punishingly short range in its cane mode, the Threaded Cane is a weapon best picked up on a second or third playthrough when you’ll really be able to appreciate its unique capabilities.

When it comes to secondary weapons, you’ll rarely need to look further than the Hunter Pistol (trust us, don’t pick the Blunderbuss). The Hunter Pistol deals next to no damage, but that’s not its purpose. One of the fastest guns available, firing it is extremely quick and designed to interrupt enemy attacks. Fire a shot at just the right time during most enemy attack animations and you’ll stun them, letting you run up and perform a visceral attack for massive damage. This isn’t easy, but it’s a skill that, once mastered, will see you through many boss fights.

If you can’t get to grips with the Hunter Pistol’s timing and just want something with a bit more oomph, the Repeating Pistol is a great (if costly) choice. Each use will consume two Quicksilver Bullets, but it’s got great stopping power and can knock down most normal enemies. Few throughout the game will take a shot from this beast without flinching.

There are more powerful guns available, but the Repeating Pistol’s advantage over them is its speed. You’ll rarely have two guns equipped ain your secondary slots, as one space will usually be reserved for a torch. The Repeating Pistol is therefore the best compromise between damage and speed, so long as you have the ammo to sustain it.

Costing 20,000 Blood Echoes to buy from the Bath Messenger in Hunter’s Dream, you won’t be purchasing Ludwig’s Holy Blade any time soon on your travels through Yharnam, but as it’s intended to replace the Saw Cleaver, there’s no rush to get your hands on it. Ludwig’s weapon of choice isn’t quite as fast as the Cleaver, but it beats the Hunter Axe for speed, meaning you can use it in all the same scenarios as the Cleaver as a direct upgrade. You’ll still want to keep the Axe for larger enemies or any situation where you need to maintain some distance.

The Holy Blade is an interesting weapon because it has a variety of attack types. The normal R1 is a slash, the short-form Charge Attack is a thrust, and the long-form attacks deal blunt damage. Different enemies throughout the game will take more damage from certain weapon and attack types, so being able to swap between them without changing weapon is a huge advantage. Make sure you try out the different modes to learn what works best on each foe. With Ludwig’s Holy Blade you’ll have the answer to almost anything Bloodborne can throw at you.

One of the most unique weapons in the game, the Tonitrus has a Bolt attack that doesn’t require Bolt Paper. That won’t mean much to someone just starting out, but it applies Bolt (lightning) to your weapon and means you can use Bolt-related Blood Gems to increase the Bolt Attack without sacrificing physical damage as you would on other weapons. It also has an Arcane stat to let you increase damage through levelling up that in addition to Strength or Skill. As with the Holy Blade, the Tonitrus effectively acts as a replacement for your Saw Cleaver. It’s not going to blow you away in terms of power, but the built in Bolt damage is an interesting option to try out.

The reaper scythe style Burial Blade isn’t available on a first playthrough, but depending on how you finished the game, it’ll become available to buy from the Bath Messenger in New Game+. If you do decide to go for a second run through, the Burial Blade is well worth a look. A cross between the Holy Sword and the Hunter Axe, it combines the speed of the former with the damage of the latter. Swap it to long form and you’ll even have the range to match all but the charge attack of the Axe.

An interesting quirk of the Burial Blade is that it has an Arcane stat, which means upping your Arcane level will increase its attack power. It also deals a portion of its damage as Arcane, making it perfect for taking out enemies that regular weapons struggle against.