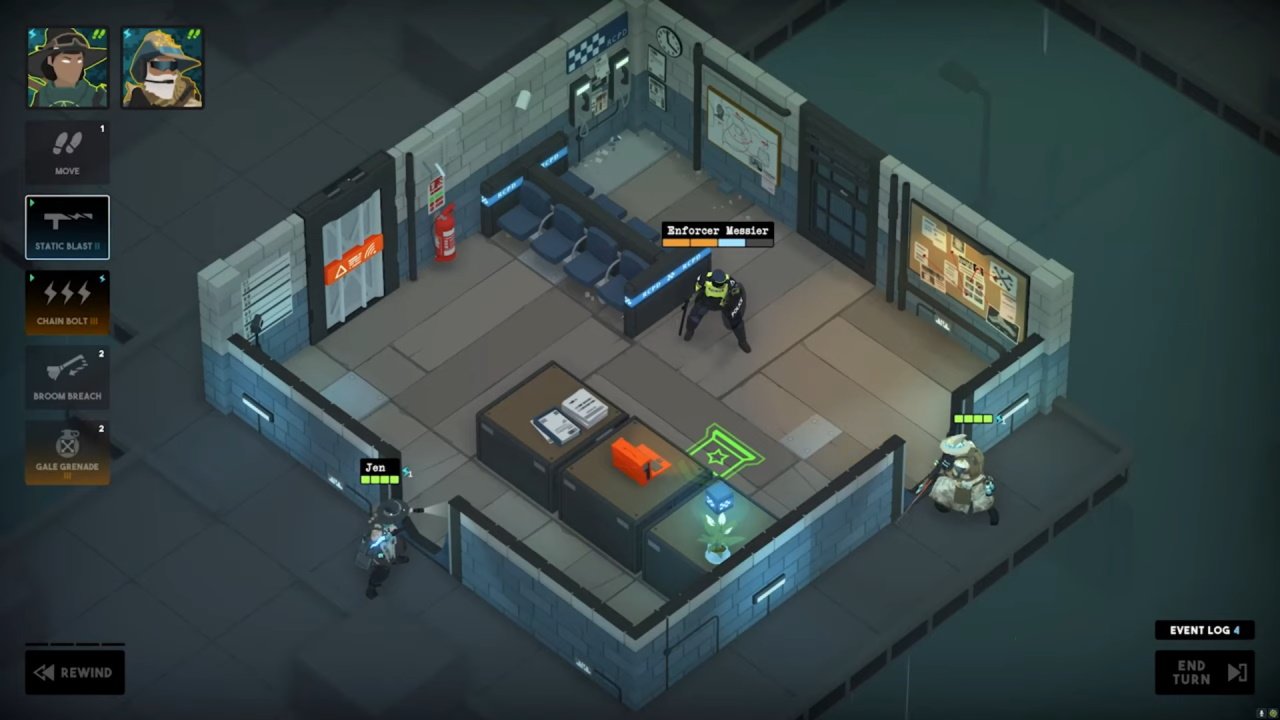 Learn how to intercept lob passes in Mario Strikers: Battle League so you can steal the ball from your opponents.

Tactical Breach Wizards is the latest game about shoving people through windows from Gunpoint and Heat Signature developer Suspicious Developments.

A turn-based tactics game, Tactical Breach Wizards pretty much does what it says on the tin. Your team of magically empowered super soldiers must breach and clear into hostile-held rooms. Your enemies can be downed with gunfire, spells, and, yes, windows too. Think Into the Breach, if the giant robot mechs were replaced instead by a SWAT team of spellslingers with attitude.

There’s a big emphasis on combinations of powers and use of your environments as you solve the puzzle each room presents without falling foul of the enemy’s weaponry. Fortunately, as Wizards, you can foresee the opposing side’s actions, and even rewind time to try again should one too many bullets come flying your way. Handy skills in this line of business.

“Right now, combat is about finding clever ways to use your spells to smash your enemies into walls, knock them through windows, or trick them into shooting each other,” the game’s Steam page reads. “They're mostly fighting back with guns and grenades, though as the game progresses you'll probably come up against enemy magic users too.”

It also looks like there will be plenty of room to upgrade and customize your crew as you prepare for missions across the globe. In addition to spells and perks there are outfits you can equip only once you’ve earned enough confidence to do so. The trailer shows we can expect plenty of Suspicious Developments signature brand of humor too, with players able to make some dialogue decisions between and in the set up for each level.