Coming in the Winters' Expansion DLC this October. 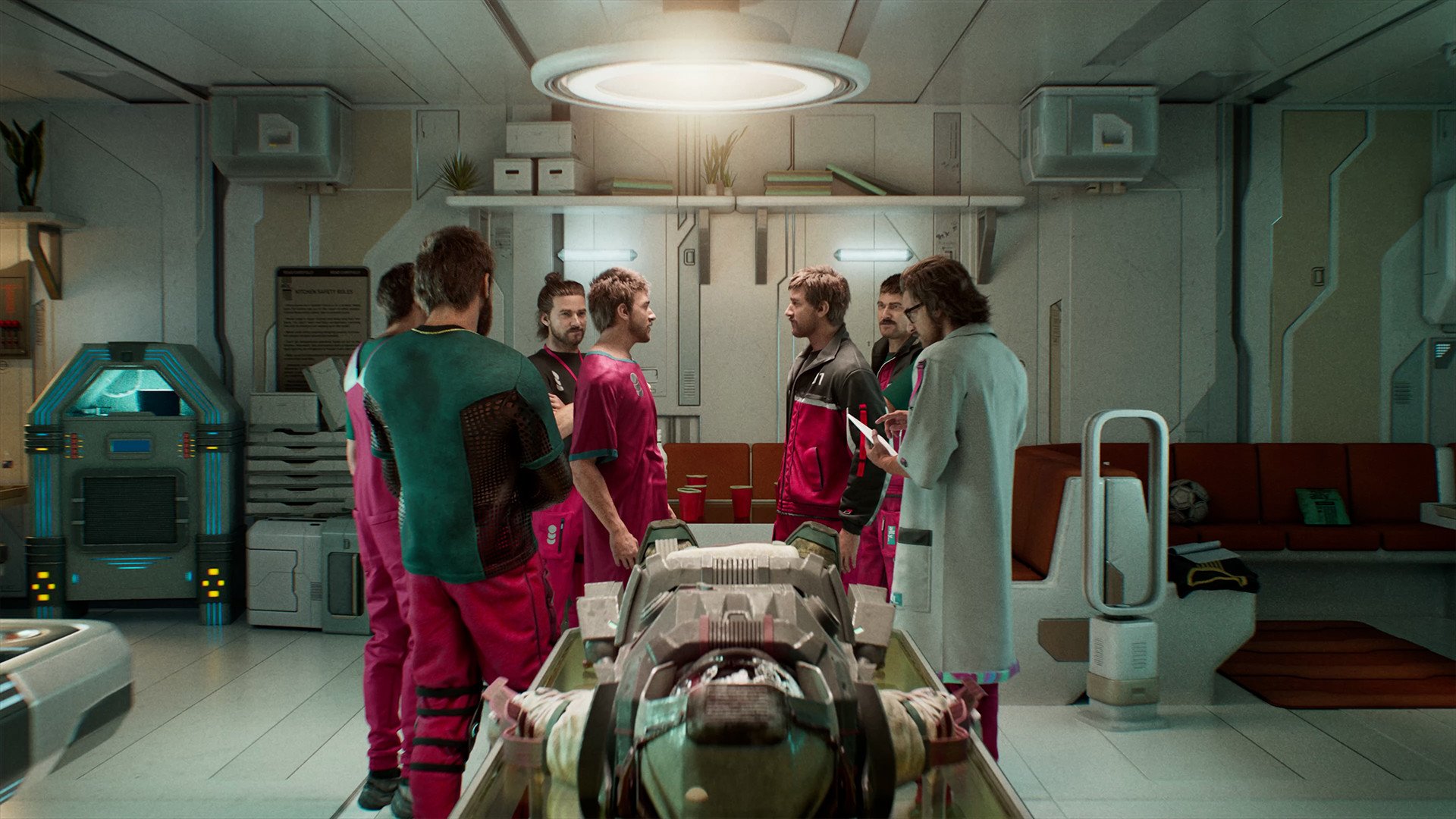 Turns out you can throw all of life's problems through windows.

Frostpunk developer 11 Bit Studios has revealed its next game, a sci-fi survival story called The Alters.

The debut CG trailer – revealed during the PC Gaming Show at the weekend – shows protagonist Jan Dolski waking up within a mysterious facility. Exploring the rooms, he comes face to face with himself. Several versions of himself, in fact, including one recently deceased. Those who watched the 2009 movie Moon will certainly find the concept familiar.

Alters is set on a harvesting ship stuck on an alien world. In order to survive on his own, Dolksi makes use of a rare material called Rapidium to clone himself for extra help. Each clone can be trained in different skills but also exhibits new behaviors and characteristics as a result.

“Crash landing on a distant planet, stranded and alone, Jan finds himself in a daunting life and death situation. His only hope for survival is to bring helping hands on board. Not yet understanding the weight of his choice, Jan must create alternate versions of himself if he is to forge ahead: the alters.

“The Alters is a game about life-changing moments. Those binary decisions that happen in nanoseconds, but have influence over your entire life. It is about looking into yourself, into your past, and discovering that you are who you are as a sum of those numerous choices. And when you do that a fundamental question arises: WHAT IF…?”

Speaking in a developer interview following the trailer, lead artist Tomasz Kisilewicz said the studio is using systematic and non-linear design to let players “create their own stories inside the game.” Kisilewicz also said that the studio wants The Alters “to expand how we approach meaningful topics inside of games” and create discussions after players have wrapped up their time with it.

There’s no gameplay or release date available for The Alters yet, but the game is available to wishlist on Steam.