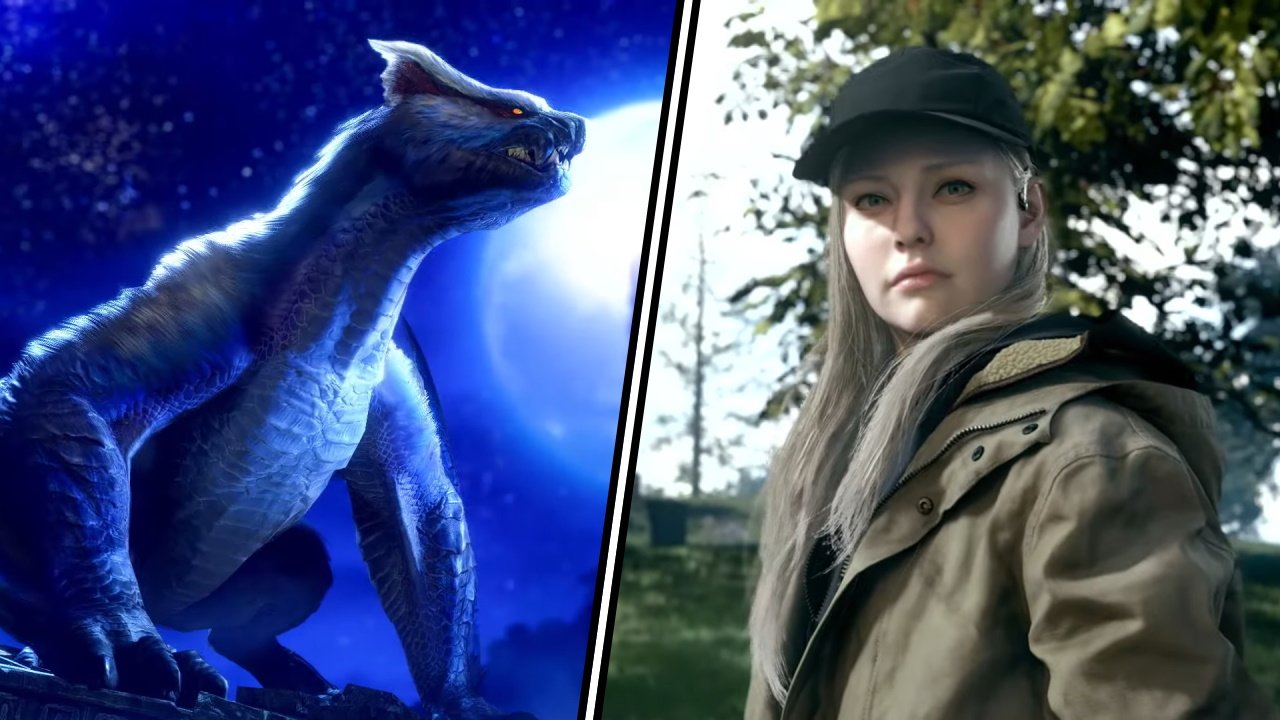 Monster Hunter: Sunbreak and Resident Evil were the stars of last night’s Capcom Showcase, but there was also a good look those anticipating the dino disaster of Exoprimal. There must be at least a few of you out there! Whether you missed the show or are keen to review everything you saw, you can find the biggest news and the key trailers from the Capcom Showcase during Summer Game Fest 2022 below.

Capcom isn’t holding back with their claims about Monster Hunter Rise: Sunbreak, referring to it as a “massive expansion” for the popular Switch and PC game. The news from the show was the return of the spiny Espinas from Monster Hunter Frontier and Monster Hunter 4’s mighty Gore Magala. We were also shown the scuttling Daimyo Hermitaur and Pyre Rakna-Kadaki. New biomes are on the way, too, including a dense jungle zone.

Monster Hunter Rise: Sunbreak is due to be released on June 30, but a special demo is available today that’ll let hunters dive into a selection of intermediate and expert missions. These include the ability to try out Sunbreak’s new Silkbind attacks and Switch Skill Swap system. Capcom also confirmed the post-launch roadmap of free updates for Sunbreak, including the addition of Lucent Nargacuga and the Forlorn Arena in August. Further updates are expected in Fall and Winter of 2022, as well as in 2023.

A Dragon’s Dogma broadcast is coming this week

Dragon’s Dogma got a brief nod during the Capcom showcase, with director Hideaki Itsuno popping up to thank fans on the 10th anniversary of the original game. There’s a dedicated Dragon’s Dogma stream coming later this week on Thursday, June 16 at 3pm PT (6pm ET / 11pm BST). Head over to the Dragon’s Dogma YouTube channel to catch that when it goes live.

Remember Exoprimal, Capcom’s multiplayer dino-slaying mech-suit game? Don’t worry, we’d also forgotten. But here it is, back with more gameplay than ever! The latest trailer introduces us to sinister AI Leviathan which appears to be testing humans in combat encounters in order to learn more about them and evolve the exosuits they utilize

Exoprimal will take players online in team-based multiplayer showdowns. The main mode shown off was Dino Hunt, in which two teams of five race to complete objectives like killing a specific Dino or defending a downed VTOL aircraft. Frame rates were decidedly choppy in the trailers, but that’s probably to be expected given the sheer number of raptors flooding the screen at one time. Exoprimal is planned to release in 2023, but there’s a closed network test due ahead of that.

At long last, our first glimpse of the Resident Evil Village DLC promised last year. It’s called Winters' Expansion, arrives October 28, and includes three key updates to the game. The first part, Shadows of Rose, is a story expansion set 16 years after the main game. It follows Village protagonist Ethan Winters’ daughter Rose as she attempts to escape the curse of her powers.

Controlled entirely in third person, Rose dives into the consciousness of the megamycete, leading to her exploring twisted and aggressive versions of the main game’s environments. While in the dream state, Rose appears to encounter another version of herself, along with mysterious messages from someone seemingly trying to help her.

Rose isn’t the only one getting a new camera perspective. The Winter’s Expansion DLC will also add a third-person mode to the entire main game, with new animations added to support the experience. Presumably this means we’ll actually get to look at Ethan’s face, too, though Capcom remained coy about it in the footage.

Capcom wasn’t going to let us go without at least a little bit of Lady D. The immensely popular giant vampire lady makes a bombastic return in The Mercenaries: Additional Orders, crushing werewolves and hurling furniture around. This expanded version of the score-chasing mode adds Chris Redfield, Heisenberg, and Lady Dimitrescu as playable characters in new levels built for major carnage.

The Winter’s Expansion DLC will also be included in Resident Evil Village Gold Edition, which also releases on October 28th.

RE: Verse gets a new October release date

Quite possibly the least anticipated multiplayer Resident Evil mode in the franchise history (it was a close call, Operation Raccoon City), RE:Verse finally has a new release date. The bizarre multiplayer deathmatch mode is now due to launch on October 28 as well. Hopefully it's worth at least a few laughs with friends.

We also got another brief look at Resident Evil 4 Remake following its recent announcement during Sony’s State of Play. Discussing the remake, director Yasuhiro Anpo and producer Yoshiaki Hirabayashi noted how “the experience of being attacked by hordes of crazed ganago is truly an iconic moment from Resident Evil”, and stated that the ganado enemies had been completely redesigned here. We got a very brief look at gameplay, with Leon sneaking through a dark forest, presumably in the opening stages of the game.

Resident Evil 4 will be exclusive to the PS5, Xbox Series X/S, and PC, meaning older consoles aren’t going to be able to get in on the action. It’s due to be released on March 24, 2023

The Capcom Showcase concluded with the surprise news that the previously announced PS5 and Xbox Series X/S updates for Resident Evil 7, Resident Evil 2 Remake, and Resident Evil 3 Remake are now available. They add support for 4K, higher framerates, and ray tracing, and mean that Resident Evil 3 is finally playable on the new generation of consoles.

Looking for more from Summer Game Fest 2022? We have a roundup of new games from the opening show here, and a breakdown of all the big news from the Xbox + Bethesda Games Show here.