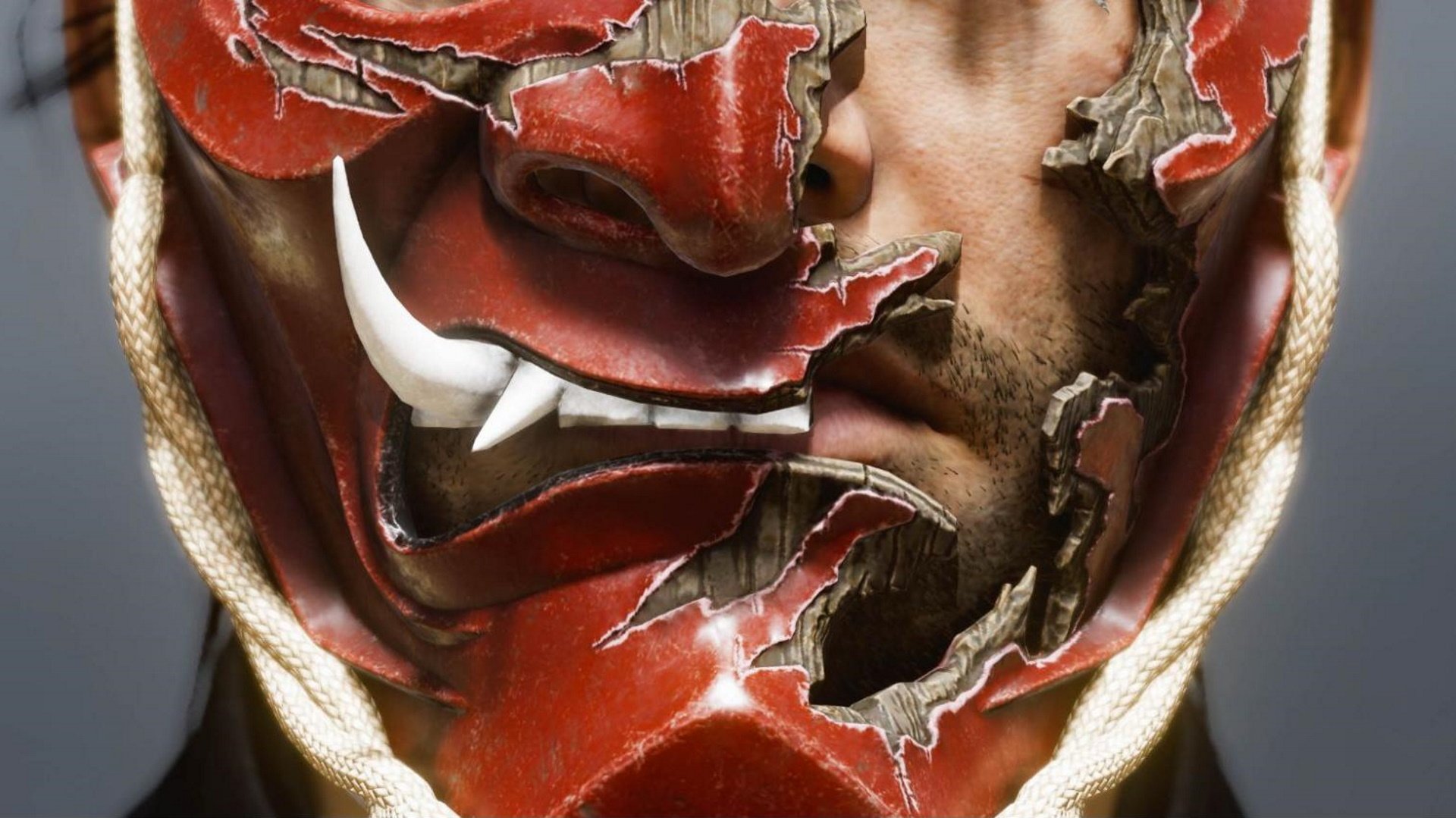 Imagine how difficult it’d be to whip out a camera and snap a photo if you were physically swinging through Manhattan's streets. The number of fatalities from falling lenses would certainly see a spike. Thank the heavens (and our heads), then, for the time-freezing magic of video game photo modes.

There are no hard and fast rules as to what makes you a Virtual Photographer – anyone can load up a game and start capturing. But it’s through online communities of shared images and interests that Virtual Photography has begun to bloom, exploding into weekly art shares themed around different games and characters.

To learn more, we spoke to four Virtual Photography experts at the forefront of this burgeoning craft. They told us about their favorite games to capture, what separates Virtual Photography from the real-world art, and why they first picked up a video game camera.

The origins of a Virtual Photographer

“It was a coming together of interests really,” says Mik Bromley, founder of Virtual Photography website, TheFourthFocus. “As well as having a love for video games that goes back to my first Amiga, I’ve been an amateur real-world photographer since my time studying crime scene photography. The emergence of photo modes was like a realization that I could combine two of my favorite things in one.

“At first it was really just a personal portfolio, but that quickly evolved into me writing about photo modes and Virtual Photography – something that there still aren’t many dedicated outlets for even now.”

An interest in real-world photography isn’t an essential starting point, though. In the case of MisthiosMonday host and portrait specialist Rosa, all it took was the right game and a moment’s curiosity.

“I started taking photos in games back in Horizon Zero Dawn in 2017,” Rosa says. “I was already quite late in the game’s story when I decided to find out what that photo mode tab was for. I was instantly hooked. The idea of capturing my journey through a game with photos, like a visual diary, was so fascinating to me.

“I was never the artistic or creative type until, with VP, I found something that I enjoy and where I really can be creative and kinda express myself. Taking pictures is as much part of my gameplay now as using WASD to move.”

For others like Steffi Syndrome, co-founder of the community-run VGPNetwork, it was the sense of community they uncovered upon sharing their captures online.

“I guess it was a little dare to see if anyone would be interested in what I had [to show],” Steffi says. “And ta da, indeed! There was a whole community dedicated to what I then found out was called Virtual Photography. It was so welcoming and wholesome – which, I dare say, is very rare, especially on social media.”

The common ground is that Virtual Photography began, and largely remains, a passion project. But as interest grows, developers and publishers are beginning to take notice. As as a result, new opportunities are starting to open up.

Ludovic “Shinobi” Helme is one of the most recognizable Virtual Photographers out there, and his camera-hacked captures of indie Soulslike Mortal Shell quickly caught the eye of Cold Symmetry, the game’s developer.

“When I started posting pictures of their open beta phase, [the developer] reached out to me and we started a conversation,” says Shinobi. “I asked if they were considering a photo mode, and if so, if I could help. They included me as a consultant right away and we did, I’m proud to say, an excellent job together. From that time, I found it was absolutely the direction I would aim at.

“Having an influence at the very core of the process of creating a photo mode, so the community can always enjoy better tools, and studios can push their limits or just learn and understand what Virtual Photographers need, is an absolute blast.”

Shinobi has gone on to collaborate with multiple other developers, including Arkane on their recently added Deathloop photo mode and with Ares Dragonis on their horror adventure game The Shore.

So what makes a game interesting to capture? The right tools can enable incredible results, but without an initial connection, few players are likely to pause and pull up the camera. For Virtual Photographers, that desire stems from more than just graphical quality or technical capabilities.

“First and foremost I would say the environment,” says Steffi. “Of course, this comes from someone who loves to photograph wildlife and flora. I believe the first thing anyone would notice is the environment. What world am I being tossed into? Because I am going to be in it for a while! I want to explore it in depth, not just through my characters’ view but also through a virtual camera. Through my eyes, so to speak.”

“Having a great photo mode is not enough to make a game fun to shoot,” Shinobi says. “On the contrary, some average or even terrible photo modes have a huge community of photographers and a lot of attention on social media. The Last of Us 2, Ghost of Tsushima, Horizon Zero Dawn, and God of War all have photo modes with serious flaws in my opinion, yet they still produce a tremendous amount of amazing pictures. So for me the important thing is a balance between the game itself and the tools it offers. It doesn’t have to be perfect. It will never be.”

“My favorite things by far are portraits,” says Rosa. “So for me, personally, it's important that characters have a lot of detail. Facial expressions are also very important, and time of day control is absolutely awesome!”

A merging of mediums

Being able to adjust where the sun sits in the sky is part of a key distinction between Virtual Photography and its real-world counterpart. The similarities are plenty, and many skills transferable. But video game photography grants a bespoke level of control that, combined with myriad fantasy worlds, generates entirely new avenues for art.

“The big bonus in Virtual Photography is the fact that you can pause, well, everything,” says Steffi. “You see something interesting? Hit that photo mode button and everything stands still. You can look around, see what you can find. Maybe dismiss it, try again. Or you see something that grabs you and you just go for it!”

“Ultimately, both are about capturing interesting and compelling images that engage the viewer, and they compliment each other perfectly,” Bromley states. “Virtual Photography can be a great way to practice compositional techniques, but it also lets you capture profoundly emotive or fantastical images that are just not practical in reality.”

“Real life is awesome,” says Shinobi. “A lot of beautiful things can happen in front of your camera if you know where to look, or if you are at the right time at the right place. But I can’t remember the last time I was able to shoot a two-headed giant dragon spitting fire at me!

“The time-creation relationship is also very different. Virtual Photography is not an art of the instant, it’s much more constructed and thoughtful. It is also a creative process that is not built on a blank canvas but on an existing artwork. I’m not good at mathematics, but I’m pretty sure it multiplies the creative possibilities. The art direction of the game will very much act on your own art, and that makes it very exciting.”

An image of the future

It might seem like a no-brainer decision, but for developers, introducing a photo mode can be a time-consuming endeavor. Put in that effort, however, and Virtual Photographers believe the results will speak for themselves.

“First, it's basically free advertisement for the game,” says Rosa. “And second, a photo mode can give you a reason to return to a game. Like there was this cool area or character I want to take more or different photos of.”

“Not only is it a free advertisement, I believe it’s something that actively makes some people who were on the fence about purchasing go for it,” says Steffi. “I can’t speak for everyone, but I dare say everyone loves to create. Everyone has a creative streak. Everyone has an artist in their soul, just waiting to be set free. That is what photo modes enable – it’s a common hobby everyone can talk about and everyone can enjoy.”

So should photo modes be an expected addition in every game from here on, something noticed for its omission rather than inclusion?

“Maybe not every game,” Bromley says. “I don’t need shots of a jar of mayo, but definitely where it makes practical sense, yeah. You can already see that when a game launches without a photo mode, there will be a flood of questions asking for one, while PC players will regularly use third-party camera tools to unlock that freedom to capture shots in the games they want."

Even if it takes time for photo modes to become truly widespread, one thing that’s certain is that Virtual Photography is on the rise. This year, TheFourthFocus partnered with the London Games Festival to host the Virtual Photographer of the Year award. As part of the event, hand-picked submissions from player-photographers across the globe were displayed in London’s Trafalgar square for the general public to view.

“It is wonderful to see Virtual Photography getting recognised in more and more places each year, and I think that is only going to continue as the interest and awareness keeps broadening,” says Bromley. “Being able to get a curated set of images from The VP Awards on display in Trafalgar Square was a real privilege and a proud moment for everyone involved. It was great to see the art out there, watching people engaging with it and starting to realize the possibilities.”

The event served as more than just an avenue to raise awareness or interest in photography within video games. For Virtual Photographers, it was validation on a new scale.

“It is truly hard to explain in words,” says Shinobi. “Recognition of the importance of Virtual Photography, not only as a promotional tool or as a glorification of specific games, but as a true creative form with strong names in it, strong identities and styles. We, in the community, have no doubt about it being art. We are just very proud that others are starting to see it.”

“On the contrary. I believe everyone starts a creative venture first and foremost as a hobby; a curiosity that grows into something you find yourself enjoying and branching out on. And then, suddenly, you see it on a big screen. In freakin’ Trafalgar Square!”

We’d like to thank Mik Bromley (@TheFourthFocus), Shinobi (@shinobi_space), Steffi Syndrome (@StefanieMcMaken), and Rosa (@Rosapexa) for taking the time to speak with us. You can follow each of them on Twitter and their other social channels if you want your feeds to be inundated with gorgeous in-game shots.