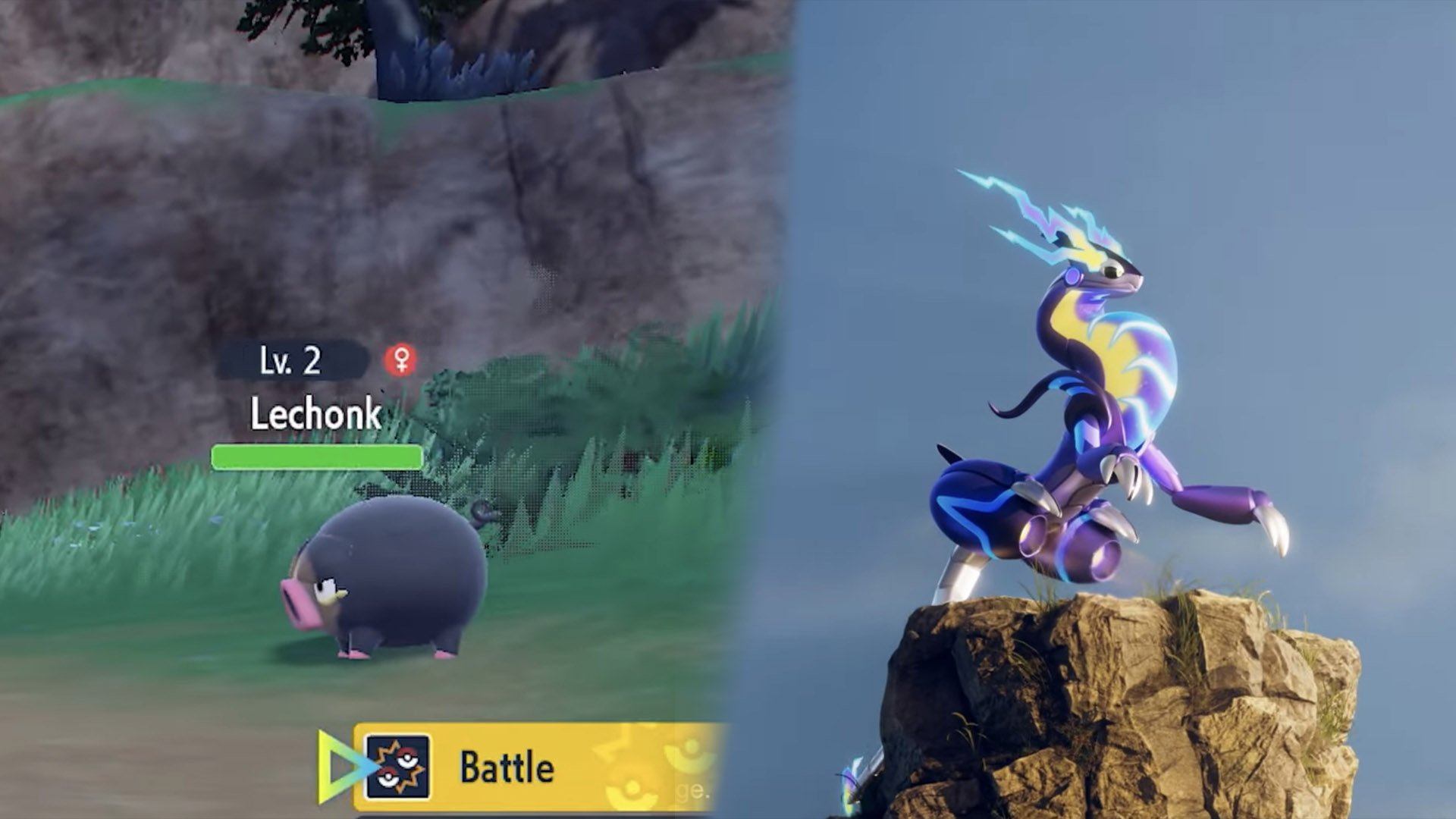 The legendaries of each game appear to be a humdrum sort of dragon lion and a dragon with jet turbines for legs(!!) making your decision between which version to get much more one-sided than usual at first glance.

However Pokémon Scarlet and Violet will be the first pair of games in the series to feature a different professor guiding you through your journey, adding a little more complex mental arithmetic to your choice. Professor Turo, the female academic, will shepherd players through Pokémon Violet, while Professor Sada, the male professor, will lead you through Scarlet.

As well as the two legendaries, a handful of new Pokémon were shown during the trailer, including Lechonk, a small piglet taking the internet by storm, Smoliv, a shy and tiny plant, and Pawmi, an electric hamster who also stores electricity in his cheeks. Pikachu is said to be in shock at his gimmick being stolen.

The trailer also gives us a release date of November 18, just about sticking to that ambitious 2022 window the teaser gave us last year. You'll also be able to play in four-player co-op for the first time in the series, not just limited to trading and battling, with a limited amount of exploration in "certain regions" also possible in multiplayer.

Pokémon Scarlet and Violet will launch on Nintendo Switch on November 18, 2022, with more details on the Pokédex to come throughout the year.