In a deluge of Warner Bros licenses. 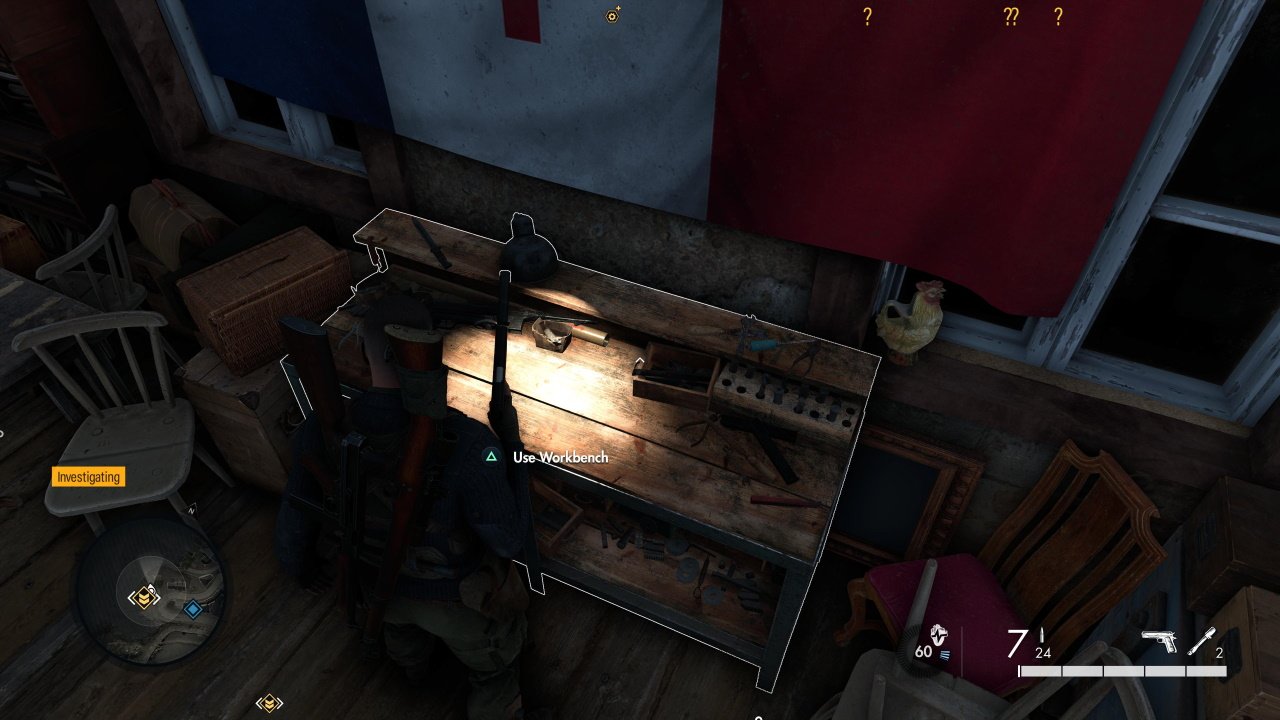 Learn where to find all Mission 2 Workbenches in Sniper Elite 5.

As with the other levels in Sniper Elite 5, Mission 1 The Atlantic Wall has three Workbench locations to visit, located in the east, north, and southwest of the map as marked above. One is the Rifle Workbench, one is a Pistol Workbench, and one is an SMG Workbench. We’ve included details on each Workbench location below so you can easily track them down.

The first Mission 1: The Atlantic Wall Workbench is found as part of the opening path into the area. After you meet Blue Viper and head into a building with the Infiltrate Armory objective, you’ll get a tutorial for using Focus to identify a Nazi within a room up some wooden stairs. Pick the lock into the room he’s in and you can find the rifle Workbench location within.

Up in the far north of the map is a gun battery you can disable for one of the level’s optional objectives. North east of the gun battery building itself is a small wooden building you’ll need a satchel or key to enter. There should be supplies (or a handy officer) in the surrounding area, so gain access and find the Pistol Workbench location.

The SMG Workbench for Mission 1: The Atlantic Wall is another you’ll find as part of the main objectives. When you’re asked to find Marcell in the southwestern town (the same place you’ll need to kill Steffen Beckendorf), you’ll reach Marcell’s safehouse in the bottom corner of the village. Climb up into the attic and you’ll find Marcell’s body close to loads of goodies including the SMG Workbench. Don’t forget to interact with it before you hop back down to access the safe!

Those are all the Sniper Elite 5: Mission 1 The Atlantic Wall Workbench locations! Grab them and you’ll unlock a tidy band of customization options for your future outings in France. Our Mission 2: Occupied Residence Workbenches guide is here if you're ready to move on to the next target.