Here's the full Roller Champions controls for Xbox One and PS4 gamepad controllers. 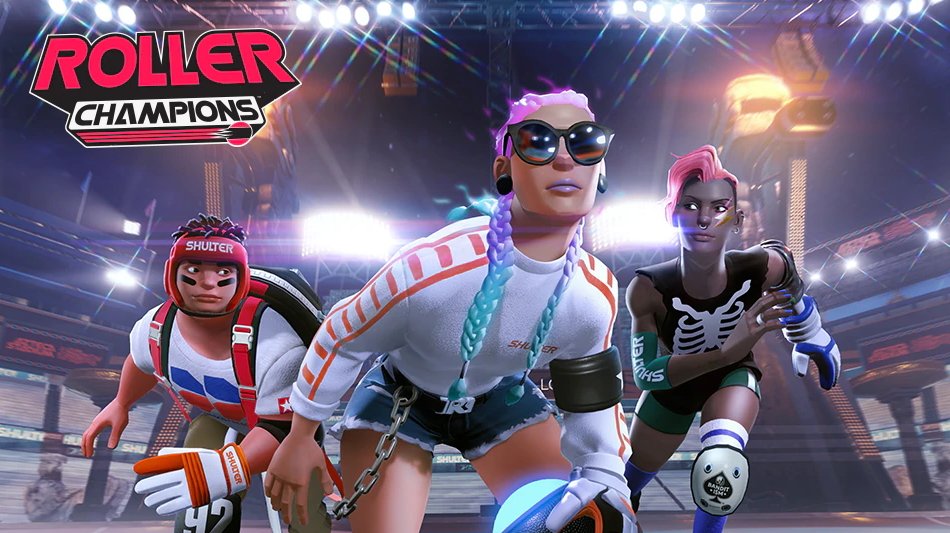 Facing up to Task Force 141

Roller Champions will test not just your straight up skating ability, but your teamwork and shooting talent too. Skating is a locomotive method we don’t see often in video games, which means many players struggle to master Roller Champions mechanics quickly. Fear not, newbie skaters, as our Roller Champions beginners guide is here to help. We’ve broken down the key Roller Champions tips and tricks you need to dominate the arena.

Pumping is at the core of Roller Champions movement. You want to pump while going downhill and skate when moving up. Slalom between the two walls and you can repeatedly pump and release to sustain speed without wasting much time skating.

There are some tricks, however, to help you build speed faster. When you don’t have the ball, an uppercut (B/Circle) will send you soaring into the air. Use this next to a wall and you can immediately pump back down, hitting the course at extreme pace. You’ll also want to use drafting and team moves, as detailed below.

Hidden in Roller Champions’ controls menu is a small detail about drafting. Essentially, if you skate behind another player – teammate or opponent – you’ll get a speed boost for being in their slipstream. It’s a significant one too, meaning you’ll almost always catch someone ahead of you. Tail players as often as you can, but watch out for others doing the same.

If you’re in possession and alone, you’ll want to zig zag and arc unpredictably as possible. Those behind will gain on you, meaning it’s important that you break their slipstreams and make yourself as hard a target as possible

If you really want to race around the ring, you need to be making use of team moves. Skate up behind an ally and you can grapple onto them by pressing L1/LB when the prompt appears. From there, you can either perform a speed boost by tapping the left stick forward or a super jump by pressing the jump button with L1/LB

The speed boost is exceptionally valuable, especially when combined with a rapid pass to move the ball forward. The super jump is a great way to hit the wall high and come down at pace on an unsuspecting opposing player.

Even if you’re not communicating with your team, you can still grapple and boost off those ahead of you. Make use of these skills well and you’ll leave your opponents in your dust. Check our Roller Champions controls guide for the inputs you’re after.

In addition to a standard charged shot, you can also roll the ball rapidly along the ground by tapping B/Circle while charging. This is a great option for avoiding defenders trying to jump in the ball’s path, but it also opens up new scoring angle opportunities.

Roller Champions’ ball is extremely bouncy, but by rolling it along the floor, you’ll keep it stuck to the surface you throw it on. Pulling off a rolled goal in the heat of the moment isn’t easy, which is why you should start practicing early.

Two laps are much better than one

Roller Champions’ scoring will see you earn one point for a single lap, three points for a double, and five points for three laps. As a result, single lap scores are pretty worthless in the grand scheme of things. Only score single points and you’ll need to win a whopping five individual laps to clear the game.

As a result, two laps are often the optimal sweet point – much easier to pull off than three, but worth three times the point as one. If possible, focus on getting those double loops over individual scores and your efforts will be rewarded.

Remember that you can go backwards

Opponents got the ball and seemingly out of reach? It may seem obvious, but don’t forget that you can turn around and skate the other way to meet them. While your allies chase, you can act as a blocker to slow them down.

Rather than charging at high speed toward the carrier, who will likely dodge past you, try to slow to match them as they approach, blocking or waiting for the early dodge before you tackle. Your aim is to give your teammates behind enough time to chase, or force an pass you might be able to intercept.

Teammates are good for more than passing

If you’re lucky enough to have a full team to work with, make sure you’re utilizing everyone. When your teammate has the ball, you either need to be sitting at range ready for a pass, or skating close behind or in front to guard against tacklers. Stave them off by tackling first. Even if you take a hit, you’ll clear the path for your carrier to press forward for the score.

With those Roller Champions tips and tricks in mind, you’re ready to race that ball around in record time.